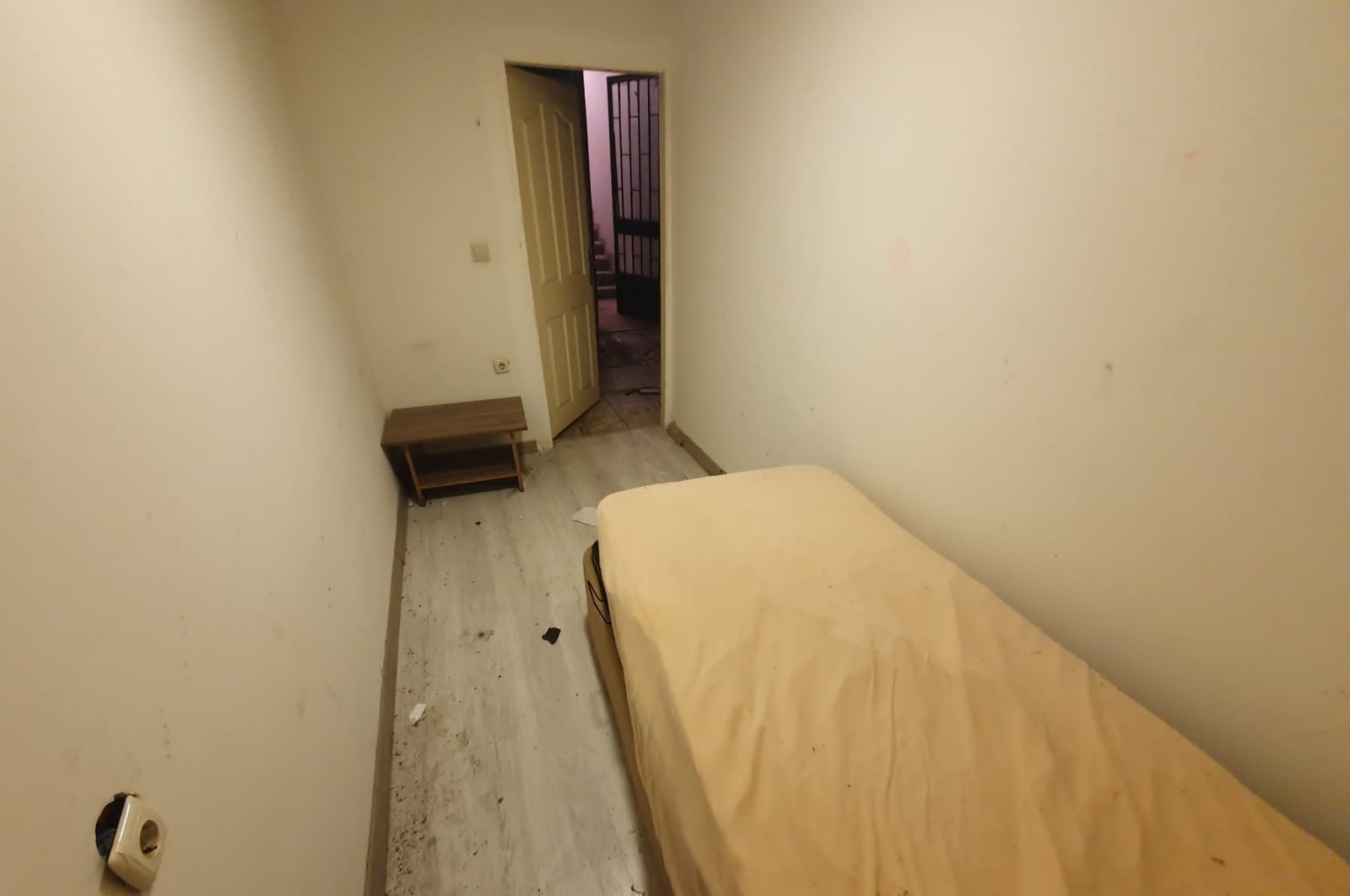 At a time of skyrocketing rents in Istanbul, Turkey’s most crowded city, real estate agents and property owners seek to boost their profits as much as possible, even from flats apparently not worth it. One such flat – or "prison cell" as some social media users called it – went viral online when the real estate agent asked for $132 (TL 1,250) for a 12-square-meter (129-square-foot) wide, windowless, “1+0” flat, or rather, a room of a bigger apartment.

Oytun Mertol, defended his online ad for the flat in Istanbul’s hip Kadıköy district, claiming the rent was “low” compared to other properties and said he was “more honest” than other real estate agents touting worse places with deceptive photos. The flat, consisting of one room in the basement of a five-story building in the Rasimpaşa neighborhood, made rounds on social media after the ad was published on a popular website marketing houses for sale and rent. Some social media users pointed out the cobwebs surrounding the flat and slammed the agent for marketing it as an “opportunity to rent a flat in Kadıköy.”

“It is a great opportunity if you want to rehearse how your future prison experiences could be,” a user in popular forum Ekşi Sözlük wrote. “I felt suffocated even looking at the pictures,” another user wrote in Onedio, a social media content platform.

Mertol said the ad received huge interest from potential tenants, but he also received his “fair share of insults” online for marketing what people called an “unworthy” flat. The agent, who asks for an advance payment of $395 (TL 3,750) for the flat, including his fee and two months of rent, said the rent is high “only when it is compared to people’s purchasing power.”

“Property owners have long been unable to earn much from rents of the houses they invested a high amount of money in. Nowadays, every house is rented for what it is worth, but people still view the prices high,” he told Demirören News Agency (DHA) Tuesday. He added that it was “the cheapest house for rent” he has now. “This is why I wrote ‘opportunity’ in the ad." He claimed such one-room flats are being rented for higher prices in Kadıköy.

“I tried to be as honest as possible with my potential customers. I see other real estate agents uploading photos not reflecting the real state of the flats they sell or rent,” he added.

He also defended the presence of cobwebs as something to do with “lack of tenants” for the past three years. “This building used to be a hotel and the last tenants lived here three years ago and all of them were the hotel’s staff. It has been closed since then and it is natural to see so many spiders who called it home,” he said.

Another “natural” feature of the flat, or rather the building, is an acacia tree in the middle of the building. “It gives a good natural view,” Mertol said. The ad was unavailable online as of Tuesday, hours after Mertol said he was negotiating with a potential tenant “who agreed to redecorate the flat.”