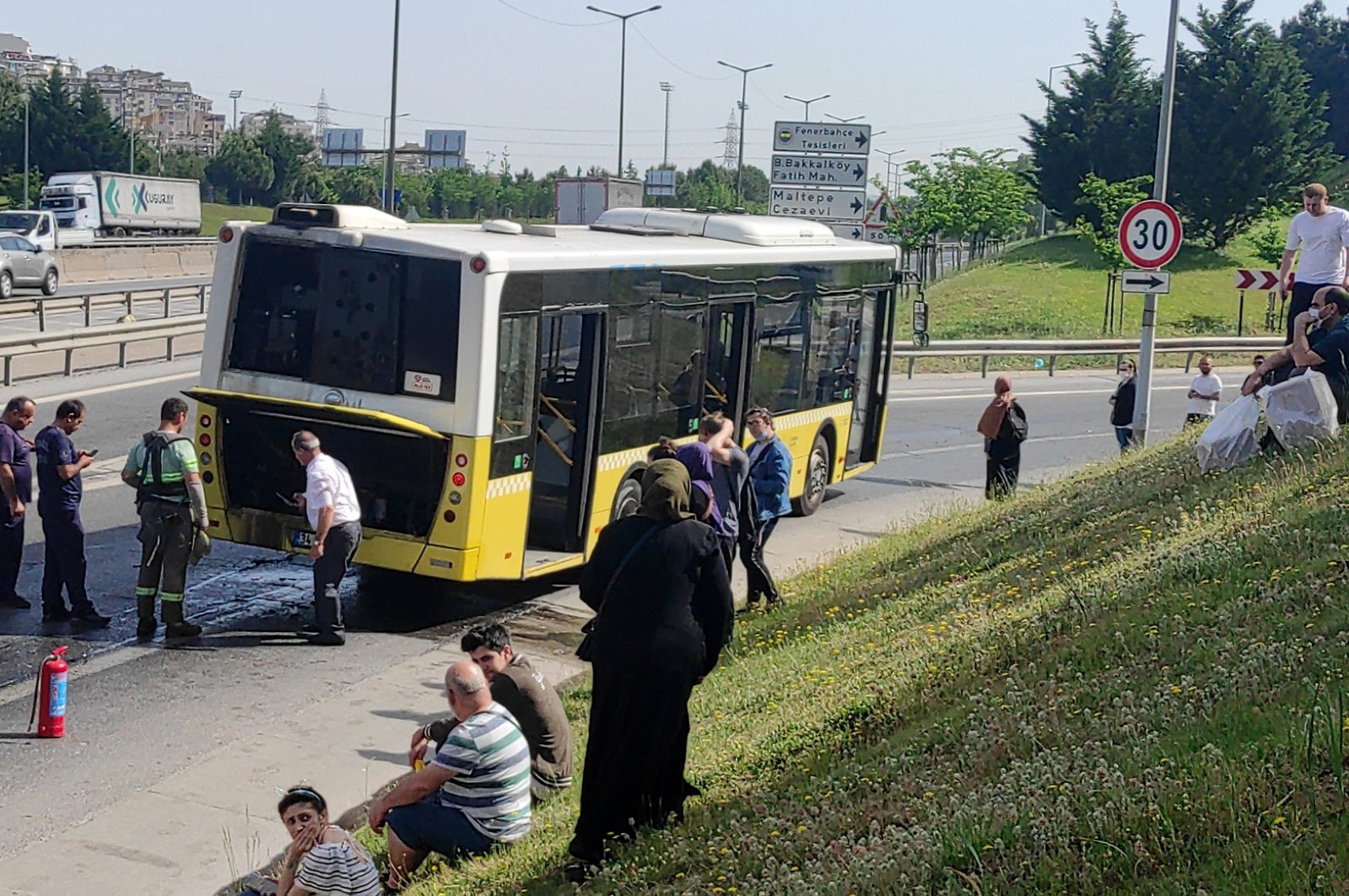 The buses of Istanbul, Turkey’s most populated city, have long been a reliable way of transportation, except when it comes to their punctuality, an issue stemming from heavy traffic. Nowadays, they are notorious for frequent breakdowns, frustrating residents who have at times had to push the vehicles themselves when their engines fail to restart.

For Istanbul Metropolitan Municipality (IBB), the solution is simple: a mass renewal of city’s bus fleet and Mayor Ekrem İmamoğlu says they need loans from the state to achieve it. But Memduh Yangöz disagrees. The deputy chair of an association of privately owned public buses claims the municipality fails to “make proper planning and investment” to resolve the problem. Privately run buses make up a substantial part of city’s mass transit fleet, yet, they also became more involved in breakdowns. Yangöz says the municipality has outstanding debts to them and without better pay for repairs and maintenance, the bus problems are exacerbated.

“Buses of IETT (the municipality’s own bus service) have a monthly maintenance cost of about $1,443 (TL 25,000). However, IBB pays only $404 for private buses. You either pay the same amount or have to curb the costs of IETT buses,” he told Anadolu Agency (AA) on Wednesday. He added that the municipality paid the maintenance costs late anyway. “Bus owners are already in debt and they make it throughout the day by minor repairs, spending less. They are not paid well and they are paid late,” he complained. Another complaint is the absence of proper parking lots for buses, he said, adding that private buses have to park anywhere where they could find, “exposed to thefts or accidents.”

Muhammet Kaynar, a member of the municipal assembly from the Justice and Development Party (AK Party) criticizes the municipality for discarding 177 buses as “junk” but failing to acquire new ones. “In the past three years (since the new mayor has been elected) no new buses were added to the fleet (of 3,075 buses of Otobüs A.Ş. bus company of the municipality),” he told AA on Thursday. He pointed out that the municipality made a contract with companies to buy 160 buses but “only a limited number of these buses were delivered.”

“Based on the number of discarded buses and total number of the fleet, we see a drop in the number of buses per the needs of ever-growing population of the city and we have now an aged fleet,” he highlighted. Kaynar said they did not know how the buses were considered “junk” as the municipality did not answer assembly members’ questions on the issue. Kaynar also shared the number of “broken down buses in the past three years. “In 2019, there have been 140,874 technical problems in buses. It was 133,381 in 2020 (amid COVID-19 pandemic) and 157,902 in 2021,” he said.

“They don’t buy new buses and do not give proper maintenance for existing buses. People of Istanbul see firsthand how this affects them,” he added.