Mass transit use drops in Istanbul over COVID-19 pandemic fears 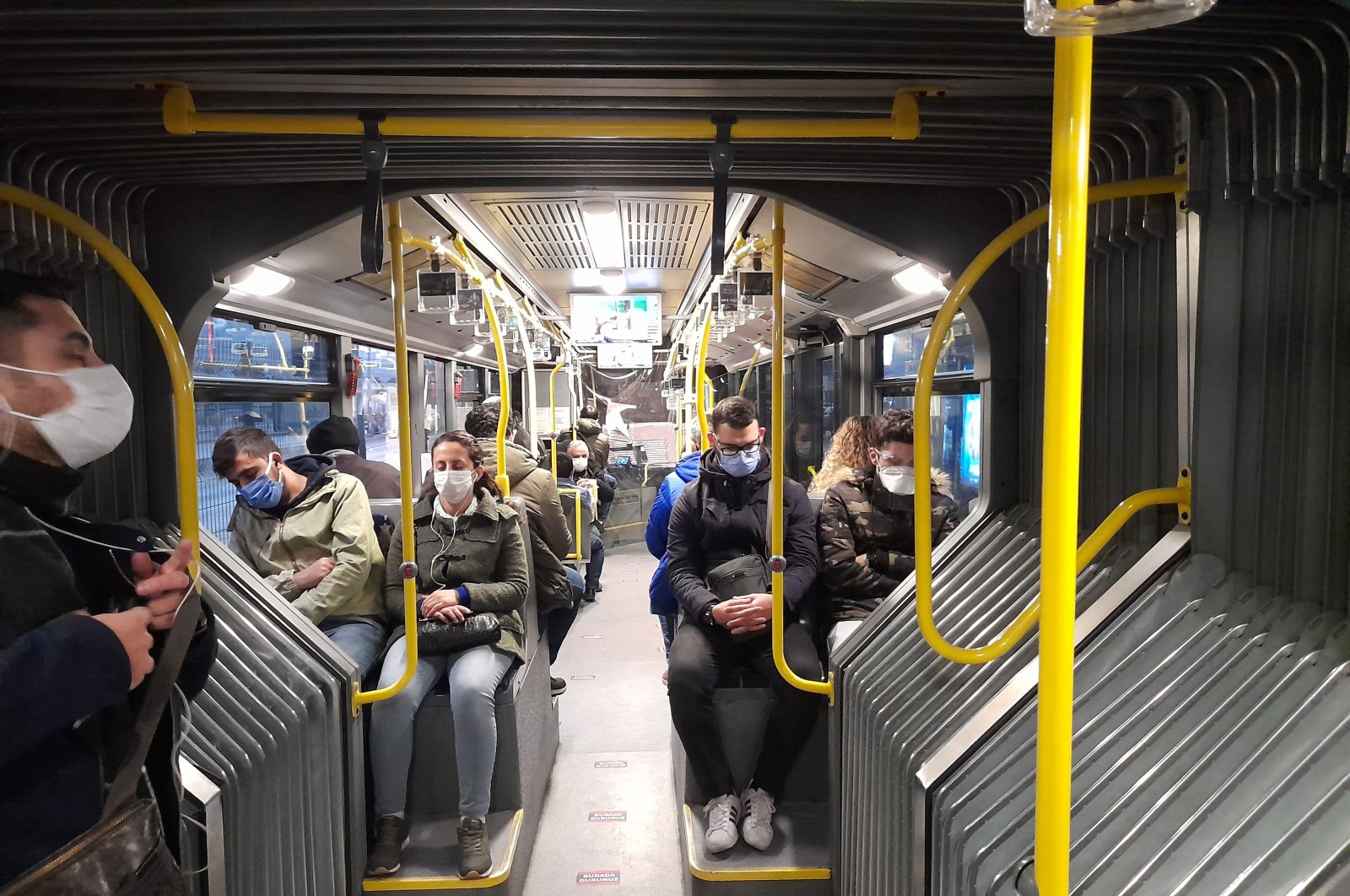 Getting into a crowded bus in Istanbul was naturally not an option for transportation for millions seeking to avoid coronavirus infections, which have gripped the country since early 2020. Restrictions on passenger capacity due to the pandemic caused a further decline in mass transit ridership. Although restrictions on overcrowded buses have been eased, the fear of infection is still prominent in the minds of Istanbulites, and for those that can afford a private vehicle, all the more reason to avoid public transportation. Thus, the city, the most crowded of Turkey with a population of more than 15 million people, is faced with worsening traffic day by day.

Mass transit in the city covers everything from buses to trams, metro lines and ferries. According to IBB figures, the sharpest drop in passenger numbers was in January. Compared to January 2020, mass transit passengers dropped by 61% in January 2021. Even the ferries carrying passengers between the two sides of the Bosporus also saw their numbers drop despite the fact that they offer a shorter journey between the two continents compared to a bus and despite the fact they offer better social distancing options.

Professor Mustafa Ilıcalı, director of the Center for Application and Research for Transportation Systems at Istanbul Ticaret University, says the city usually had some 8 million passengers utilizing mass transit daily, but this number fell below 1 million after the pandemic emerged. Though it is behind other cities across the country nowadays, Istanbul had long been a hot spot of COVID-19 clusters in the early days of the pandemic. The first cases were reported in the city, which now has around 156 cases per every 100,000 residents, far lower than Rize, the northern province with the highest number of cases with 653 per 100,000 people.

Since the start of the pandemic, mass transit vehicles have long operated with limited capacity and earlier this year, the municipality started asking for Life Fits Into Home (HES) code from passengers to ensure they are not infected. Ilıcalı says restrictions alone were not the reason to avoid mass transit and points out a study his center conducted.

“The average number of people who took to driving rather than using mass transit increased to 350,000 daily. People who once shunned their own vehicles so that they would not be stuck in traffic returned to driving. People who do not own cars started resorting to rental cars,” he told Anadolu Agency (AA) on Tuesday.

Turkey has seemingly left the worst behind in the pandemic, though the number of daily cases has climbed up above 20,000 recently. The country had lifted almost all restrictions in July after a strict 17-day lockdown and in light of its expanding vaccination program. With the exception of continuing mandatory masks and social distancing rules, life has returned to normal for many.

This return to pre-pandemic days also means a return to Istanbul’s high traffic levels. It was evident when schools reopened for in-person education on Sept. 6, when the heavy traffic jams stemming from millions returning to school made a comeback. Ilıcalı says the traffic will be further aggravated when universities open later this month and in October.

“Most people abandoned mass transit thanks to restrictions and companies opting for remote working, but nowadays they are returning to work at offices and restrictions are gone,” he stressed, adding that the swelling population compounded the city's traffic woes.

“Choosing private vehicles over mass transit definitely affects the traffic. We have seen it before, during rush hours, where speeds dropped to 10 kilometers per hour at times. This ‘new traffic’ we see in the city has the same reason. The majority of people drive solo or have one other passenger at most. I think there will be longer traffic snarls now,” he warned.