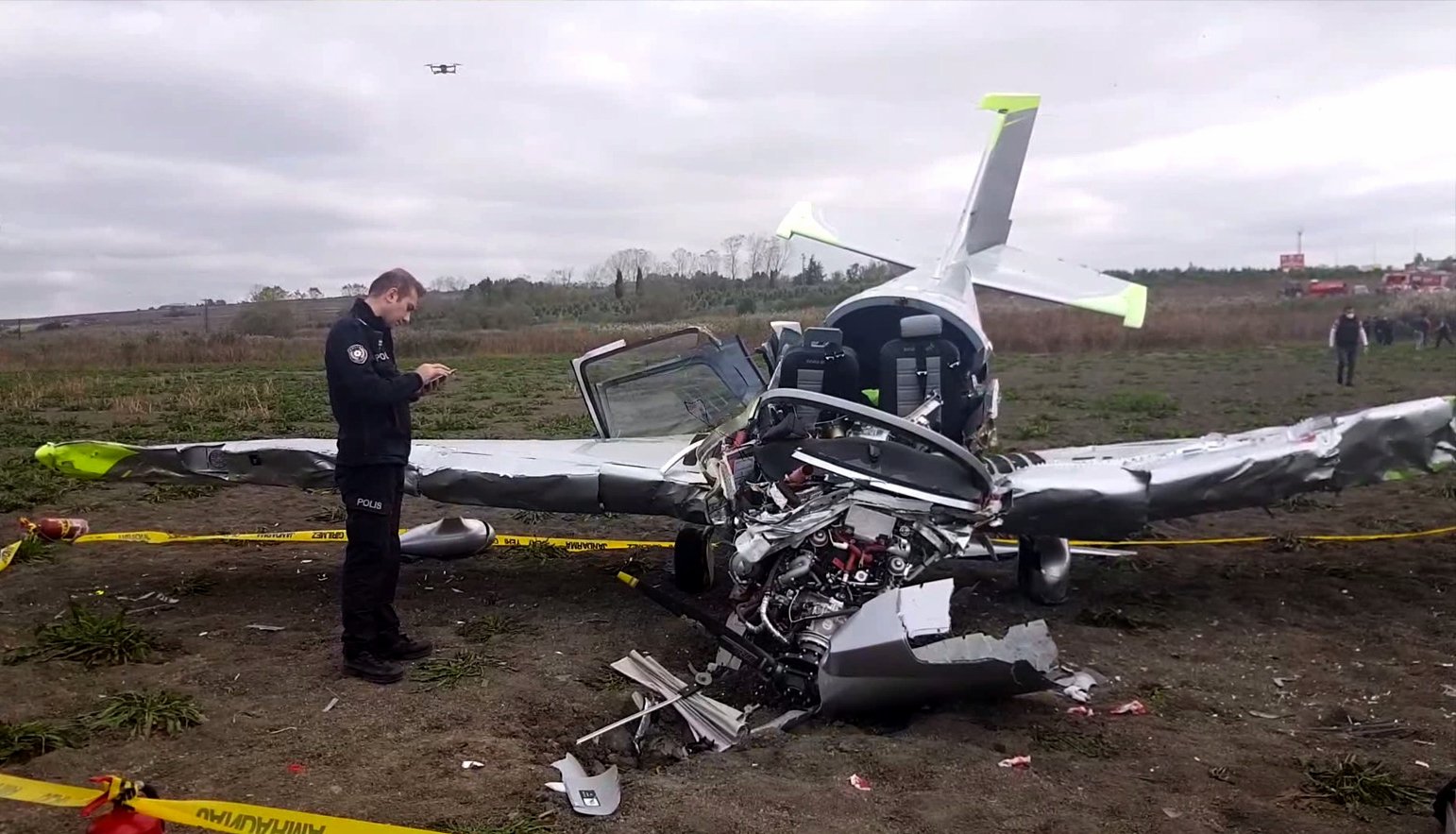 A training plane crashed in Büyükçekmece, a district on Istanbul’s European side, on Thursday. Its sole pilot was rescued having sustained injuries.

The aircraft is said to have nosedived near the Lake Büyükçekmece.

The plane, belonging to a flight school, had taken off from Hezarfen Airport in Çatalca, a district near Büyükçekmece.

The Istanbul Governorate said in a written statement that the pilot, a flight school student identified as B.N., was trying to land the plane after experiencing a problem with the engine 10 minutes into the flight.

The statement said paramedics, firefighters and police were immediately dispatched to the scene as well as an air ambulance, as the crash site was inaccessible to vehicles. An investigation was launched into the incident.