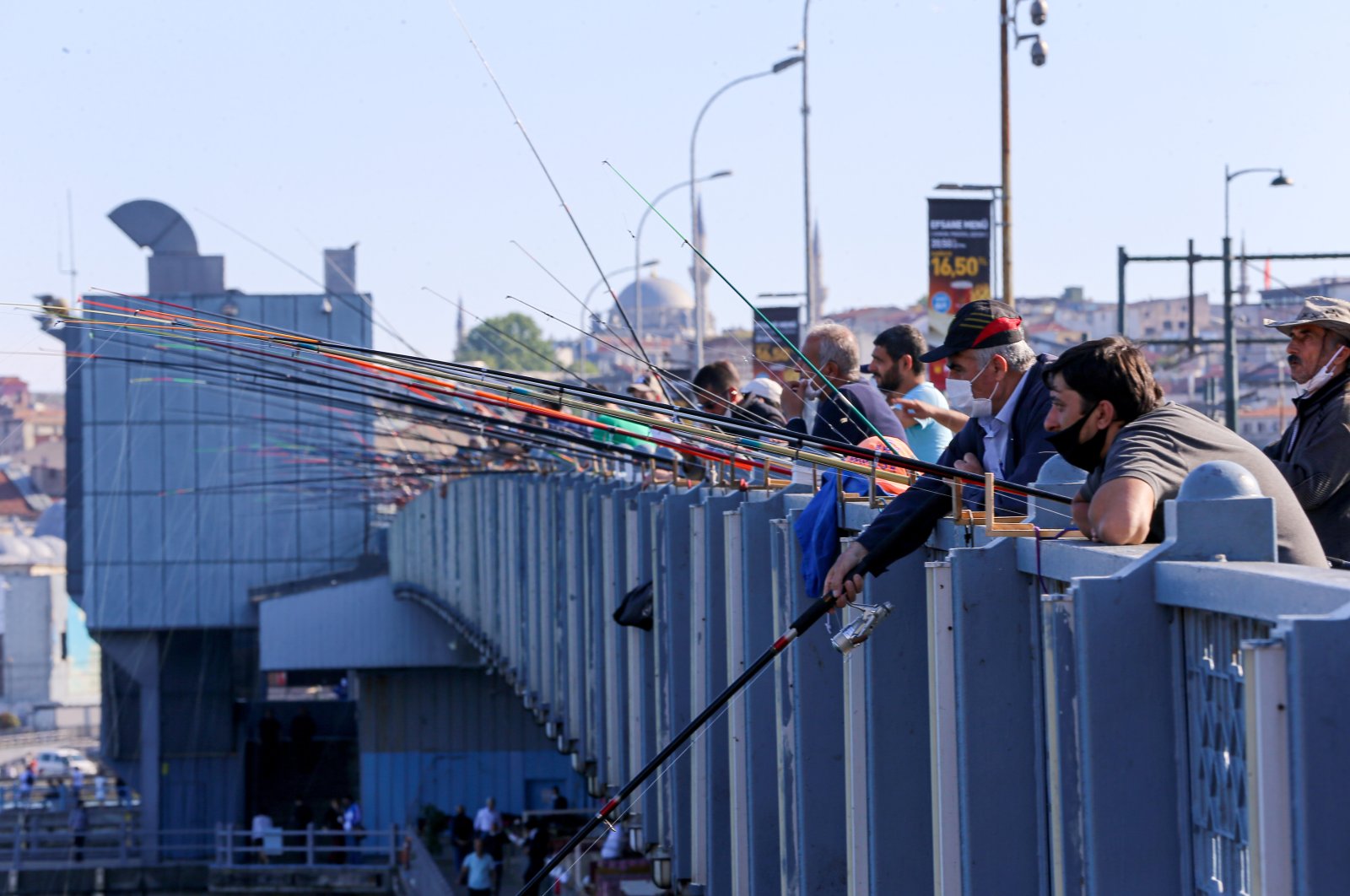 Days after the normalization process kicked off, Turkey canceled the first planned weekend curfew of June for 15 cities, giving relief for the first time in nearly two months to millions confined at home due to the COVID-19 pandemic

President Recep Tayyip Erdoğan ordered the lifting of the weekend curfew set in place for 15 cities due to the COVID-19 pandemic, hours after the Interior Ministry announced the newest curfew.

Millions were hoping that last weekend’s lockdown would be the last after the country removed a string of restrictions on travel and businesses on Monday. The Interior Ministry, however, ordered another curfew for Saturday and Sunday for 15 cities late Thursday.

Tweeting his decision on Friday, Erdoğan said he did not want citizens to “go through another plight after they were resuming their daily life after a break of two and a half months,” referring to the "new normal" in which businesses reopened and travel restrictions between cities were lifted starting Monday.

“As a matter of fact, we would not have imposed a curfew this week but the daily number of cases that once dropped to around 700 rose to 1,000 again and we had to put it back on the agenda,” Erdoğan said, adding that calls from the public made him “review the decision.” “It is clear that this (curfew) decision would lead to different social and economic consequences,” he said.

The president, on the other hand, reiterated his call to the public to adhere to rules to combat the pandemic, mainly, wearing protective masks, keeping social distance and being diligent about hygiene.

The surprise decision to renew a weekend stay-at-home order, announced earlier Friday, had caused confusion, with many people scrambling to cancel train or air tickets or other weekend travel plans.

The Interior Ministry had announced the stay-at-home order in 15 provinces including Istanbul and Ankara even as the country lifted a raft of restrictions earlier in the week. Domestic air travel resumed, restaurants began welcoming sit-in customers, and beaches, swimming pools, parks, gyms and museums reopened amid a slowdown in the virus’ spread.

Alpay Azap, a member of the Health Ministry's Coronavirus Science Board, told a Turkish broadcaster that the new weekend curfew was announced because of an uptick in coronavirus cases in the southeastern cities of Gaziantep and Diyarbakır as well as some places on the Black Sea coast. He also said that the caseload in Ankara has not decreased. Fearing possible negative effects on the economy, the country has been imposing short weekend and holiday curfews, instead of total lockdowns. It has also banned people above the age of 65 and minors from leaving home apart from certain days of the week. Those restrictions remain in place.

Turkey plans to resume international flights with 40 countries starting on June 10 with flights to and from Bahrain, Bulgaria, Qatar, Greece and the Turkish Republic of Northern Cyprus.

The country recorded 988 new cases of COVID-19 and 21 deaths in the past 24 hours, Health Minister Fahrettin Koca said Thursday. With this latest update, the death toll in Turkey from the coronavirus pandemic rose to 4,630. The total number of COVID-19 cases in Turkey, however, reached 167,410. "The number of (daily) tests, including ones for tracing, has crossed 54,000. The number of patients in need of intensive care keeps falling," Koca said in a tweet. The number of recovered patients, in the meantime, increased by 926 with the number of recoveries crossing 130,000.

Turkey's relative success in its fight against the coronavirus pandemic continues to receive acclaim worldwide as the worst is nearly behind it. The latest accolades came Thursday in Britain's prominent financial magazine The Economist, as an article underlined that Turkey "has handled the pandemic better than many" of its European and American allies.

Giving examples of the Turkish government's precautions, it said, "rather than place the whole economy in a coma, the authorities ordered the young and the elderly to stay at home and asked everyone else, aside from those in consumer-facing businesses, to show up for work," adding that the biggest Turkish cities were "placed under a blanket curfew" on weekends and holidays and that the country's plans were successful.

"The strategy seems to have worked. The most vulnerable escaped the worst of the pandemic, while those infected, mostly working-age adults, generally recovered," it said. The publication said Turkey's death toll is low despite a high number of cases, and "new cases have plateaued at around 1,000 a day since mid-May, down from a high of over 5,000 a month earlier." It underlined that "deaths have never topped more than 127 in a single day."

The Economist article went on to say that Turkey has reached roughly the same testing rate as France and has a death rate "ten times lower than Britain's." "Among OECD (Organisation for Economic Co-operation and Development) countries, only Mexico and Colombia have a lower proportion of people aged 65 and over than Turkey does. Few elderly Turks live in nursing homes, which became breeding grounds for the virus in Europe and America," the article said.

Praising Turkey's well-structured health system, the article underlined that "any country that keeps its factories open during a pandemic had better make sure its health system can cope with the consequences."

"Turkey's rose to the challenge. Over the past couple of decades, Mr. Erdoğan and his governments have poured tens of billions of dollars into health care, most recently by building a network of hospitals the size of international airports," it said, adding that the wave of COVID-19 infections "never came close to overwhelming the health system and medical supplies never ran out."

According to the article, the credit for the success "is due not just to Mr. Erdoğan and his impressive health minister, Fahrettin Koca, but also to opposition mayors, especially in Istanbul and Ankara, who have raised funds and organized the distribution of masks." It also said even the critics of the ruling Justice and Development Party (AK Party) say the party "works hard and get things done."

"If opposition parties were ever to take power – and whether Mr. Erdoğan would allow such a thing is the biggest unspoken question in Turkish politics – they would have to prove they can work just as hard," the article said.