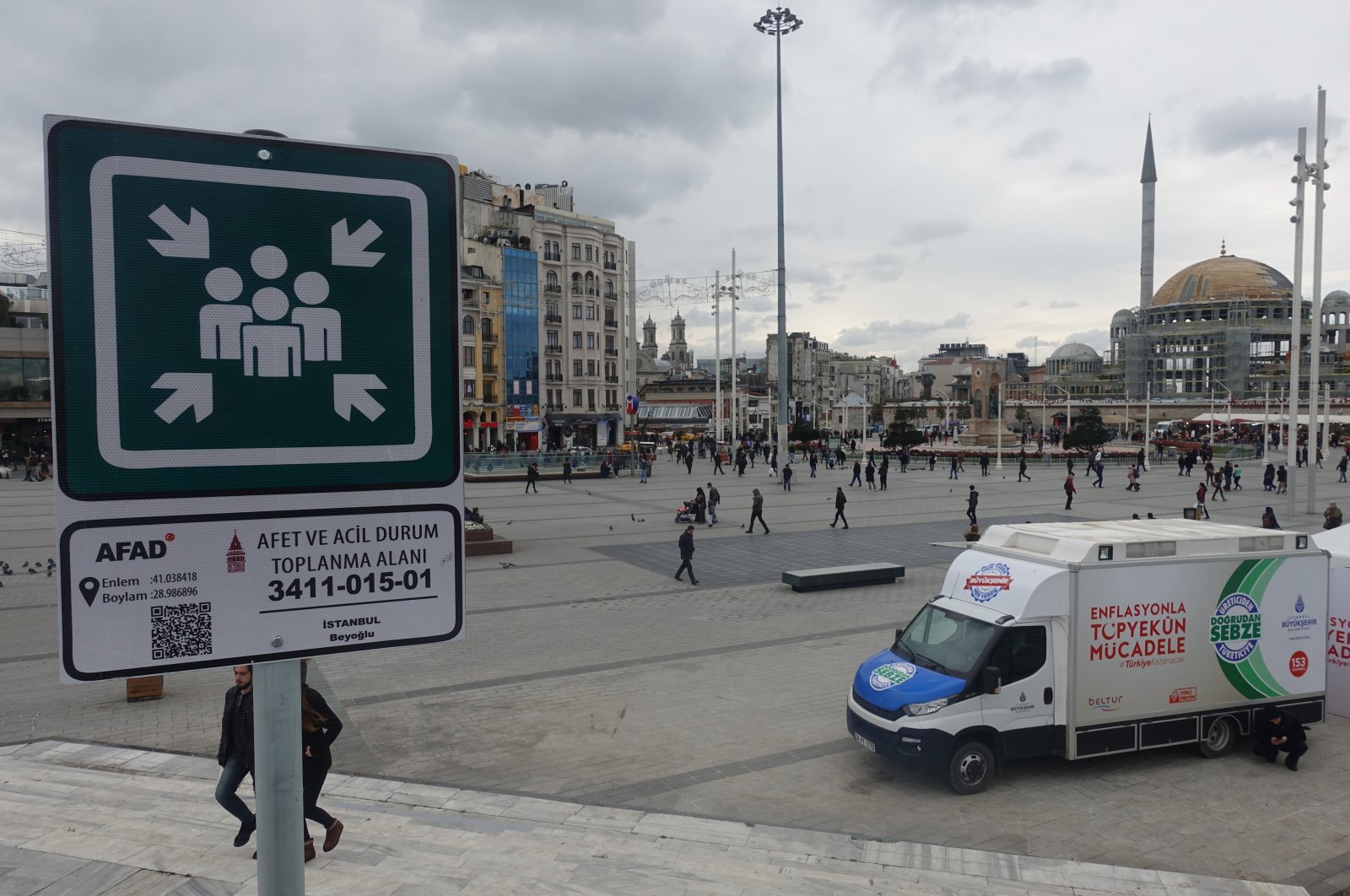 Turkey's Disaster and Emergency Management Authority (AFAD) on Sunday denied allegations that many cities lacked a sufficient number of emergency meeting points, saying more than 18,000 zones were designated across the country.

Following last month's 6.6 magnitude earthquake in western Izmir province that killed at least 106 people and injured more than 1,000, the topic of disaster readiness was brought to the fore once again.

The dearth of emergency meeting points in Turkey's ever-expanding cities has been one of the concerns most frequently voiced by experts.

Experts say assembly points help earthquake survivors avoid debris that might fall from nearby buildings and also help minimize panic following the quake by allowing people to gather and find their family members.

One such report said Istanbul, Turkey’s most populous city with nearly 16 million people, had only 470 designated meeting points.

In a statement, AFAD refuted the claims, saying Istanbul has 3,021 emergency meeting points and there are 18,910 across the whole country.

The Interior Ministry's agency said about 500 meetings have been carried out over the past two years to discuss Istanbul’s preparedness for various disasters, adding that the agency was aware of shortcomings in several neighborhoods across the city.

“The lack in Istanbul neighborhoods that were mostly built before 2000 was noted, and work has begun to include newly built and reinforced school yards as emergency meeting points to reinforce the city’s numbers,” the statement read.

According to AFAD, the current total space of gathering points stands at 1.29 square meters (13.8 square feet) per person. The agency said it aims to increase that figure to 2 square meters per individual and renovate existing areas.

The agency said a recent drill over the use of emergency gathering points that was set to take place on Nov. 3 was postponed due to the Izmir earthquake and that exercises would be carried out across Istanbul before the year was over.

According to a recent nationwide survey on earthquake preparedness, 30% of people said they do not have a designated emergency area near their house, while 18% of those surveyed said they did not know whether they do or not.