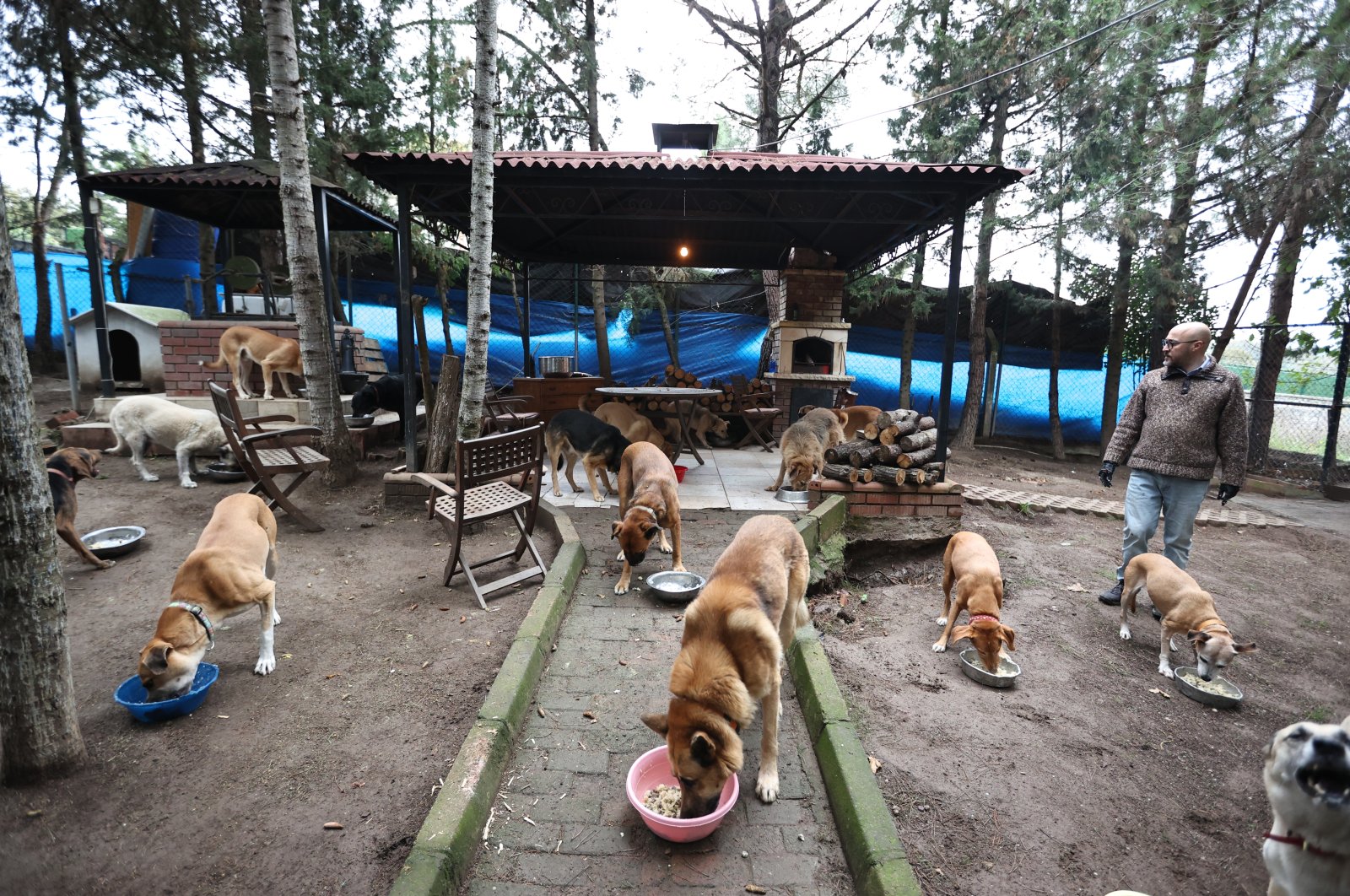 Mert Akkök recently joined the growing number of urban dwellers heading to the countryside. But his purpose is not to flee hectic city life. His is more noble: taking care of dozens of stray animals.

The 48-year-old businessperson, who lived in Istanbul’s Üsküdar district for much of his life, did not leave the city at all but managed to find a quaint and spacious place for more than 70 members of his “family of abandoned” in a village near Tuzla, another district of Istanbul on the Asian side. There, on the 2-acre (0.81-hectare) property around his new house, Akkök leads a new life far from the hubbub of the big city, with dogs, cats, horses, geese and horses he found abandoned on the streets, often in an injured state. None were healthy when Akkök found them and some are still recovering from injuries and diseases they suffered. Some are blind, others are too old to move around freely, while some seagulls he found were missing a wing. He devotes all his free time to their care, something he enjoys “very much.”

“I gave up the comforts of city life for my animal friends but I never complain. We have a special relationship. They are my true friends,” he said, as he walks his small army of strays in the morning.

In one part of the spacious courtyard of his home, cats and seagulls spend their days while dogs, horses and others share another section. Akkök gave names to each and personally cares for each every day, preparing their meals. Every animal has a special diet they should follow due to the diseases and injuries they have suffered from. When the weather gets cold, Akkök opens up his home for the animals, with dogs sleeping on the first floor.

Dogs have had a special place in Akkök’s life since his childhood and he now owns five, including three he rescued from certain death on the streets. “I had a house with a small garden in Üsküdar but when the number of animals increased, I decided to find another place, so as not to disturb my neighbors. I finally found this place east of Istanbul,” he told Anadolu Agency (AA) on Sunday.

Akkök said all the animals he cares for faced a variety of challenges while living on the streets. “They have an easy life here finally. They had a difficult past, abandoned by their owners. I gave up some for adoption and care for the rest,” he said.

Seagulls stand out among the stray animals, as most animal lovers tend to give shelter to cats and dogs. “I have more than 40 seagulls with several disabilities here. When my friends heard that I provided them care, they started bringing any injured seagull they come across here. I gave them quarters here,” he said. A social-media-savvy personality, Akkök regularly shares photos and videos of the animals he found and this helped him to reach more injured animals. But he said he has now run out of space to care for more animals.