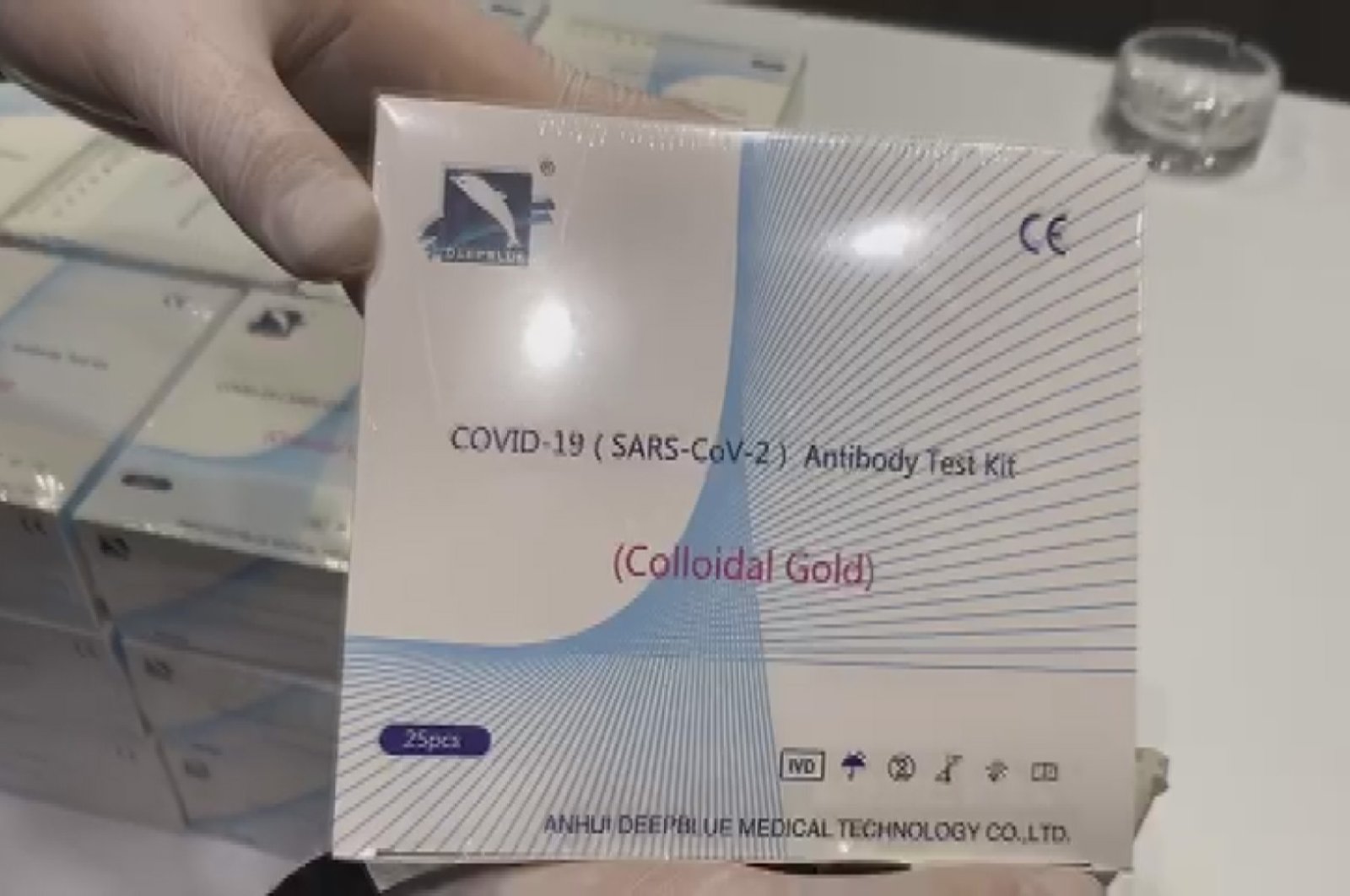 Turkish authorities announced Wednesday that 5,575 fast test kits used for diagnosing the novel coronavirus were seized in a raid in Istanbul on Tuesday.

Acting on a tip-off, police raided a textile workshop in the city’s Şişli district where kits were being sold without permission from authorities. Two suspects were detained in the operation. They were released with judiciary control. Demirören News Agency (DHA) reported that the kits were imported from China and sold for $18 per kit.

The sale or use of test kits without permission from the Health Ministry is illegal in the country. Only health care professionals at hospitals designated for COVID-19 tests are allowed to run the tests, which require a laboratory environment. Several privately run laboratories have made the headlines recently for offering paid tests to customers despite the government's announcement that the selling of tests is illegal.