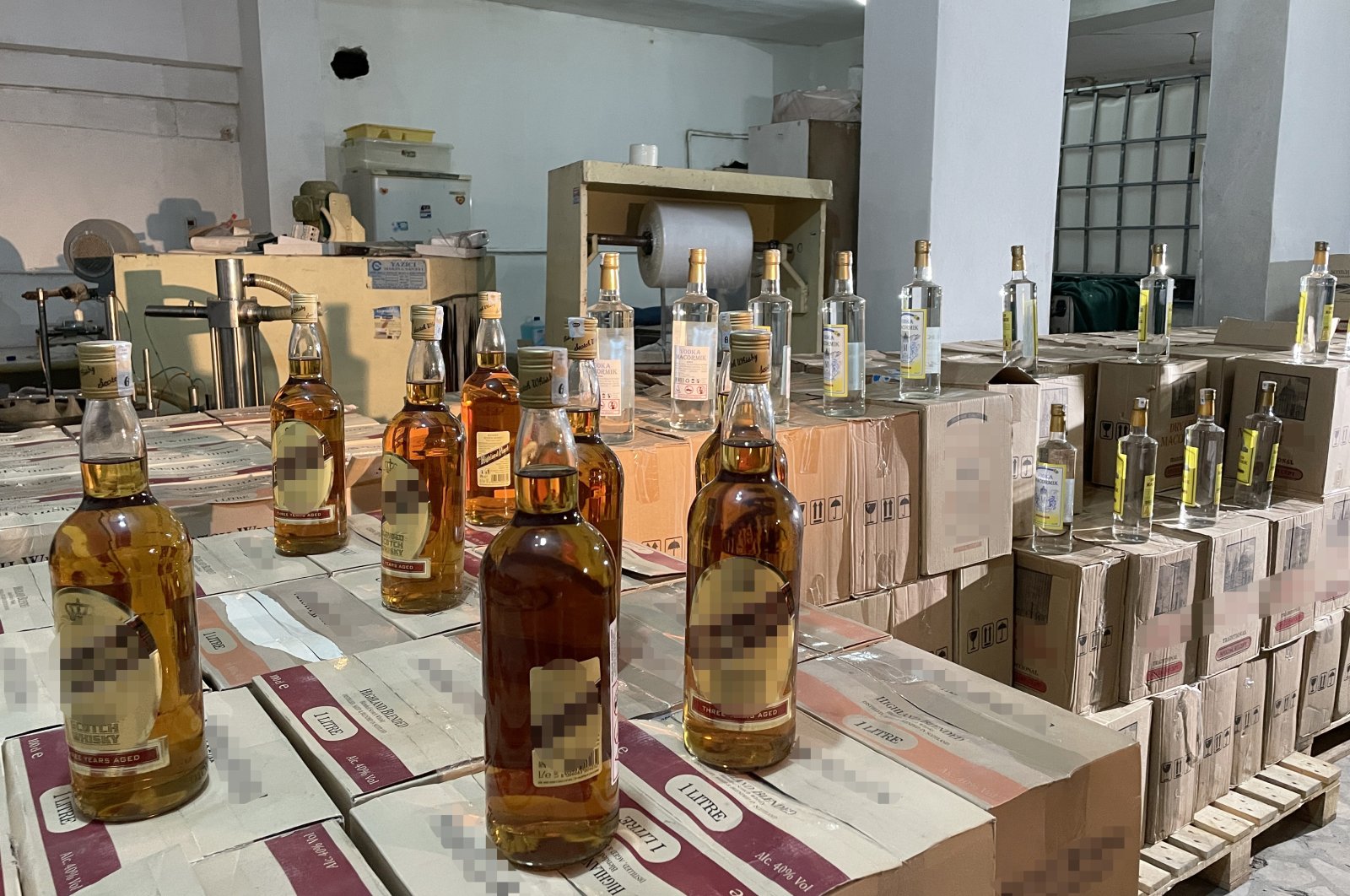 The Istanbul Governorate announced Friday that 22 people have died of bootleg alcohol poisoning in recent days. The city now has the highest fatalities from the deadly epidemic, which claimed 42 lives in the past two weeks.

With the latest update on fatalities, casualties in the last two weeks almost match last year's death toll at more than 40 in the same period of the year. Though a higher level of alcohol consumption is usually associated with new year celebrations, bootleg alcohol deaths demonstrate that the demand for cheaper alcohol, at the cost of lives, is higher regardless of the season.

Fatalities continue to climb in other provinces, while security forces stepped up a crackdown on bootleg liquor producers. Experts repeatedly warn drinkers not to buy from unlicensed sellers or attempt to distill their own drinks at home with unfamiliar materials.

The government authority said 11 of the 22 fatalities were foreigners. In 2020, in the span of a few weeks, 30 people, most of Central Asian descent, died in the city after consuming bootleg drinks. The governorate said 46 people sought treatment for bootleg alcohol poisoning; 16 were in "life-threatening health condition," and three were discharged.

A written statement from the governorate also said that 12 suspects were arrested in connection with the sale of bootleg alcohol to the victims. Four among them were taken into custody, and the rest were released with judiciary control.

Security forces carried out 56 operations against bootleg alcohol production and smuggling between Nov. 16 and Dec. 16. During the operations, 14 people were arrested, while police seized more than 32,000 bottles of spurious alcohol and 27 tons of alcoholic beverages.

Authorities continue to urge the public to call a food safety hotline and security forces to report bootleg drink sales.

Fatalities have been reported in the provinces of Gaziantep, Kahramanmaraş, Sivas, Yalova, Erzincan, Aksaray, Mersin, Kocaeli and Zonguldak since last week. Nationwide operations were launched after the rise in the death toll, and tons of bootleg drinks were seized. Eighty-five people were detained under the Interior Ministry's "Operation Poison."

Bootleg alcohol is often deadly for drinkers. Victims who did not succumb to the poisoning occasionally suffer from permanent vision loss.