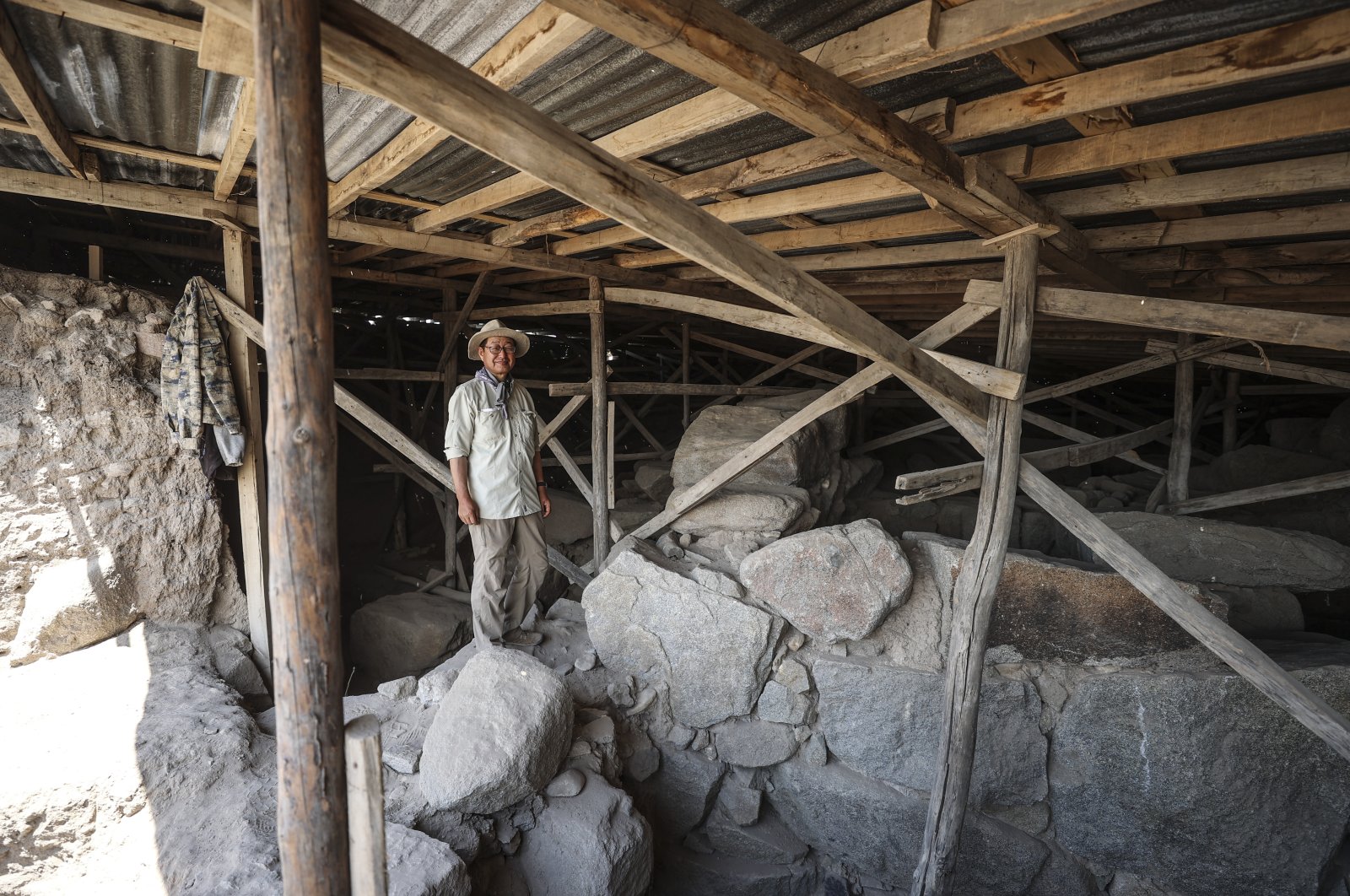 Kimiyoshi Matsumura arrived in Turkey in 1981 and has been here for the better part of four decades since. Matsumura, working as an academic at a Turkish university, traces the origins of humanity in the heartland of diverse civilizations: Anatolia.

Matsumura, originally a researcher at the Japanese Institute of Anatolian Archaeology, has conducted countless surveys at Turkey’s archaeological excavation sites. Since his first arrival to Turkey as a student, he fell in love with the country’s history. His story began when he met Dr. Sachihiro Omura in Turkey, director of the Institute.

“His work here convinced me to stay in Turkey. I studied at Ankara University and decided to stay here longer,” he says in fluent Turkish. “I met different cultures and people here and joined archaeological digs,” he told Anadolu Agency (AA).

Nowadays, he works at a dig in Büklükale, in the central province of Kırıkkale. Büklükale was an important city for the powerful Hittite Empire in the second millennium B.C. Previously, he worked at Kalehöyük, a settlement tracing its roots to the Bronze Age, and Yassıhöyük, another ancient site, both in Kırşehir, where Matsumura teaches at Ahi Evran University.

When he first arrived in Kırıkkale, to the village where Büklükale is located, he faced questions about what a Japanese man was doing there. “People often asked me why a Japanese researcher would excavate an ancient place in Turkey, instead of researching Japanese history. Our purpose here is to shed light on mankind’s history,” he says.

He said their work focused on the use of iron throughout the ages, and Anatolia is thought to be the only place where the oldest use of iron as a material for tools is recorded. Matsumura’s work in Kalehöyük also uncovered information about business life in the third millennium B.C. The archaeologist has visited Büklükale every year for excavation since 2009 and his work focuses on discovering the remains of the city both during the Hittite era and during the Assyrian before that, when the city was a trade colony.

“We recently discovered a large structure that survived both the Assyrian and Hittite era and we believe it was used as a palace,” he says. But the most exciting find for him was a glass bottle, probably the oldest of its kind in the world. Matsumura and fellow archaeologists also discovered some 3,000 bowls inside two basement rooms of the “palace” and believe they were used for several rituals dedicated to the inauguration of the palace.

Matsumura says archaeology is difficult if you see it only as a job. “You have to devote your life to it. I feel like I live and breathe archaeology. I go back to Japan only for two weeks every year and other than that, I spend my time here,” he says. “It has been the goal of my life, and I cannot imagine a life in another line of job. It is also an excellent job that gives you pleasure, especially when you discover things previously unknown to humanity. I also enjoy working with different people in a country very different for me,” he says.