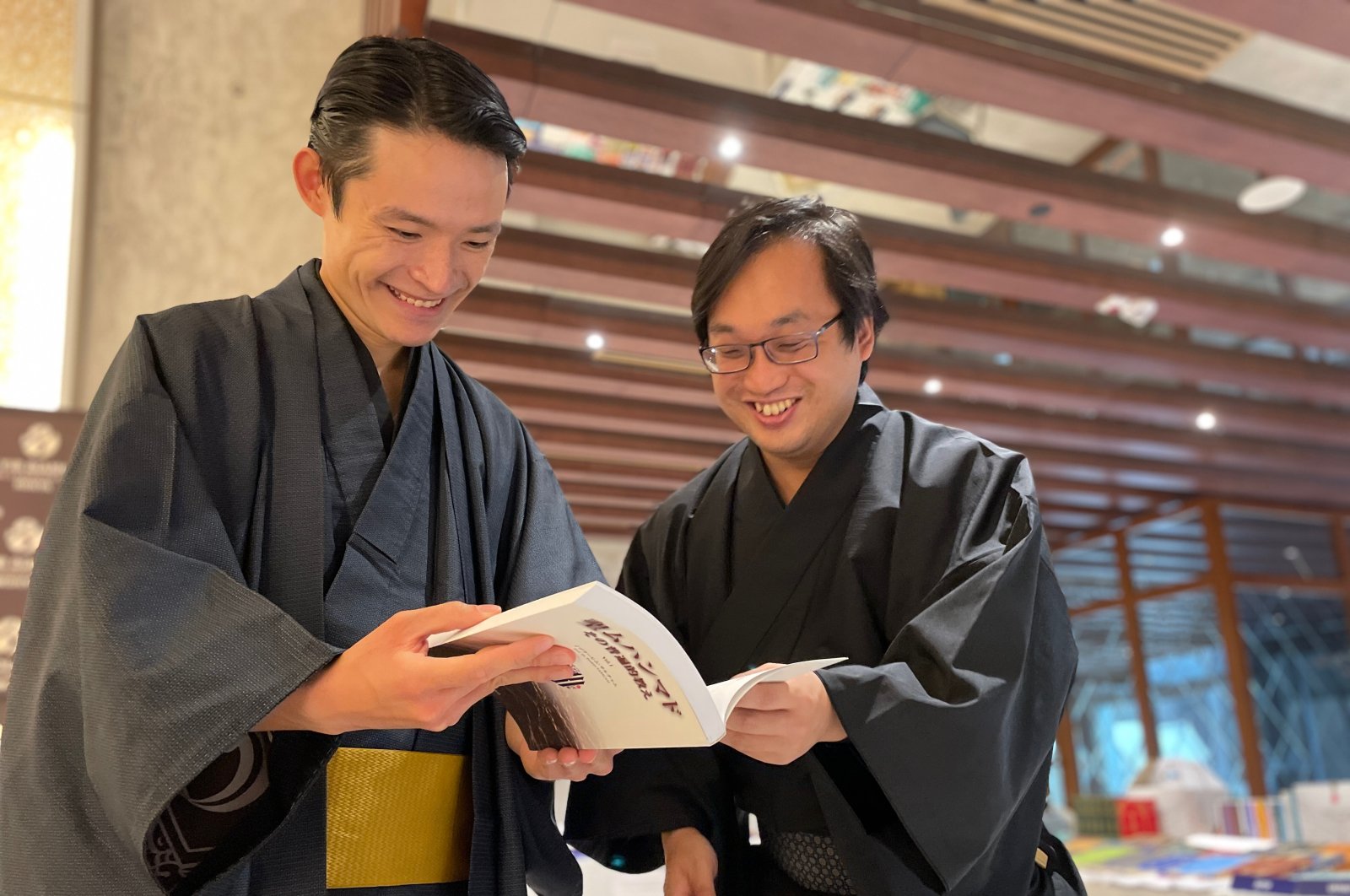 Naoki Yamamoto found a second home in Turkey where he discovered Islam. Having converted to the religion 12 years ago, the young academic is on a mission to disseminate the messages of his new religion to his fellow Japanese compatriots. Instead of going back home, Yamamota invites Muslim converts in Japan to Turkey, where he teaches them about Islam, in the same place where he also grasped the pillars of Islam.

Yamamota was recently in the central province of Konya where he attended an international congress on conversion to Islam and recounted his experience and work in Turkey to Anadolu Agency (AA).

He says Islam’s moral and social teachings fascinated him and he decided to convert. He found Turkey, a Muslim-majority country, to be an ideal place to learn more about the religion and so he moved there. Here, he learned about Islamic sciences, the Quran as well as Turkish, Arabic and Farsi. He is still working as an academic at Marmara University in Istanbul.

Though Shinto and Buddhism are Japan's major religions and other faiths have little following, Yamamoto says the number of conversions to Islam is increasing in his country. Indeed, he was introduced to the religion by his university lecturer, another Muslim convert, in Japan. “The conversion is easy but practicing the religion is difficult in Japan. People have a lack of knowledge,” he complains. He says he learned how to perform prayers properly and about other requirements of Islam in Turkey.

Yamamoto is now leading an ambitious project to “train Muslim intellectuals.” These future intellectuals are Japanese Muslim converts who come to Istanbul to join him for Islamic classes, either at the study room of a local nongovernmental organization (NGO) or in other places. Currently, he has five students who are learning about the religion as well as other Islamicate languages from him. Yamamoto also organizes online classes to reach out to other converts back in his homeland. “I train people here, so they will return to Japan to teach more people about Islam,” he says.

Hüseyin Jumpei Watanabe, who converted to Islam five years ago, is among his students. The 24-year-old who hails from Nagoya, Japan, says he was introduced to Islam while learning about the plight of Muslims in Syria and Iraq during the recent conflicts. Watanabe says he is both learning Turkish and Islam in Turkey and will convey what he learned here to others in Japan, where he studies social sciences.