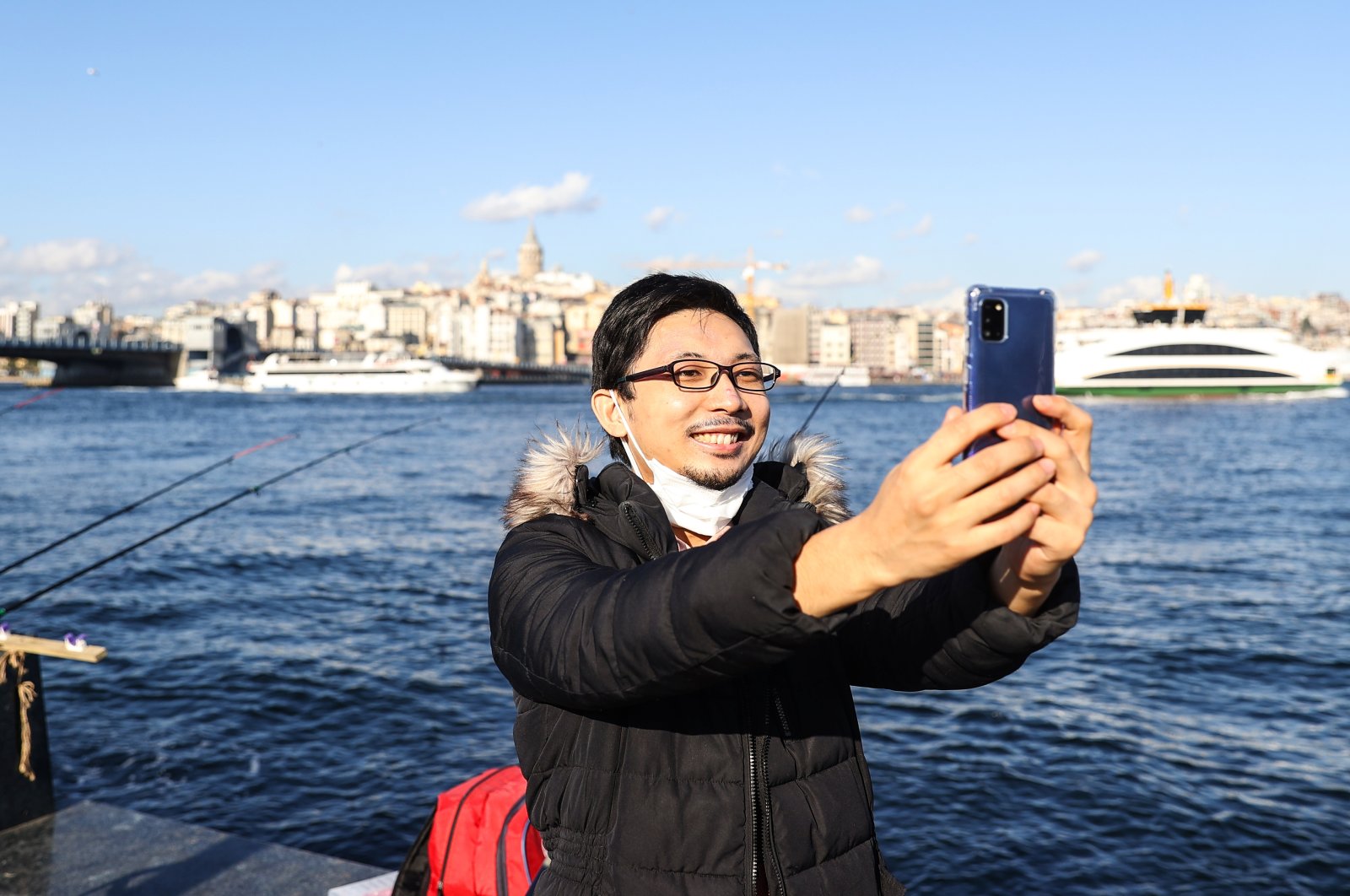 Yoshi Enomoto came to Turkey in 2015 as an exchange student, but he loved the country so much that he decided to pursue postgraduate studies in the country as well. Now settled here, Enomoto found himself a YouTube celebrity with a string of videos where he promotes Turkish culture and life. Along with funny videos, he reaches out to a wider public with his charity campaigns.

“I tell them I am from Zeytinburnu when they joke that I am Japanese and a smart guy,” he says, referring to a famous quote in Turkish comedy hit G.O.R.A. where the lead character mistakes an Asian-looking guy from Istanbul’s Zeytinburnu district, heavily populated by migrants from Central Asian countries, as a Japanese.

Enomoto settled in Istanbul three years ago and is active on social media. The themes of his YouTube videos center on his struggle with the Turkish language, experience with Turkish cuisine and learning the culture. His past as a charity worker in South Sudan and Iraq also drove his ambition to join charity campaigns in the country, and most recently, he organized an aid campaign for survivors of last year’s deadly earthquake in the western province of Izmir.

He traveled the world to learn about their culture but says he would like to stay in Turkey which he fell in love with “forever.”

“I didn’t know much about Turkey when I first decided to study here. The only thing I knew about them was their national football team’s victory over Japan in World Cup 2002. When I talked to my 93-year-old grandfather, he told me the story of Ertuğrul frigate,” he told Anadolu Agency (AA) on Sunday. He was referring to the sinking of the titular Ottoman frigate off the coast of Japan’s Wakayama during a typhoon in 1890. “I found out how Japanese villagers helped to save Turkish sailors,” he said.

His journey introduced Enomoto to unforgettable moments, like the first time he played backgammon and drinking tea from “thin glasses,” a Turkish custom. For his love for Turkish food, he credits the mother of a Turkish friend who cooked “an awesome karnıyarık,” a stuffed eggplant dish.

Enomoto is pleased to see a rising interest in his videos. “I think people love how I speak Turkish. I lived in Azerbaijan for a while, and my Turkish is a mix of an Azerbaijani accent and Japanese accent. People think I am funny,” he said. He occasionally encounters racial slurs but he laughs them away. “Some people are prejudiced against the Japanese. For instance, they think we are all skillful in technology, but I can’t even use a cellphone or a computer properly,” he joked.

As for Turkish food, the YouTuber says he is not picky when it comes to seafood and is in love with dishes made with eggplants and lentil soup. He also immersed himself in traditional Turkish music and his knowledge of playing tar, something he learned in Azerbaijan, came in handy when he practiced Turkish music. “I can play and sing some songs like Üsküdar’a Gider İken and Sarı Gelin,” he says, referring to an Ottoman-era folk song and a folk song popular in eastern Turkey.

When it comes to the culture of the country, Enomoto says he discovered sharp differences between the two nations. “Japanese people are more strict in social rules, but Turks are more relaxed and flexible. I feel more comfortable here because of that. This is not a good thing at all times, though. “For example, people in Japan properly line up while a boarding train. Unfortunately, this is not the case here. Sometimes, someone cuts off your line,” he said. Enomoto, on the other hand, praised Turks’ respect for the elderly. “People give their seats in mass transit to old people, and they are more charitable,” he said.