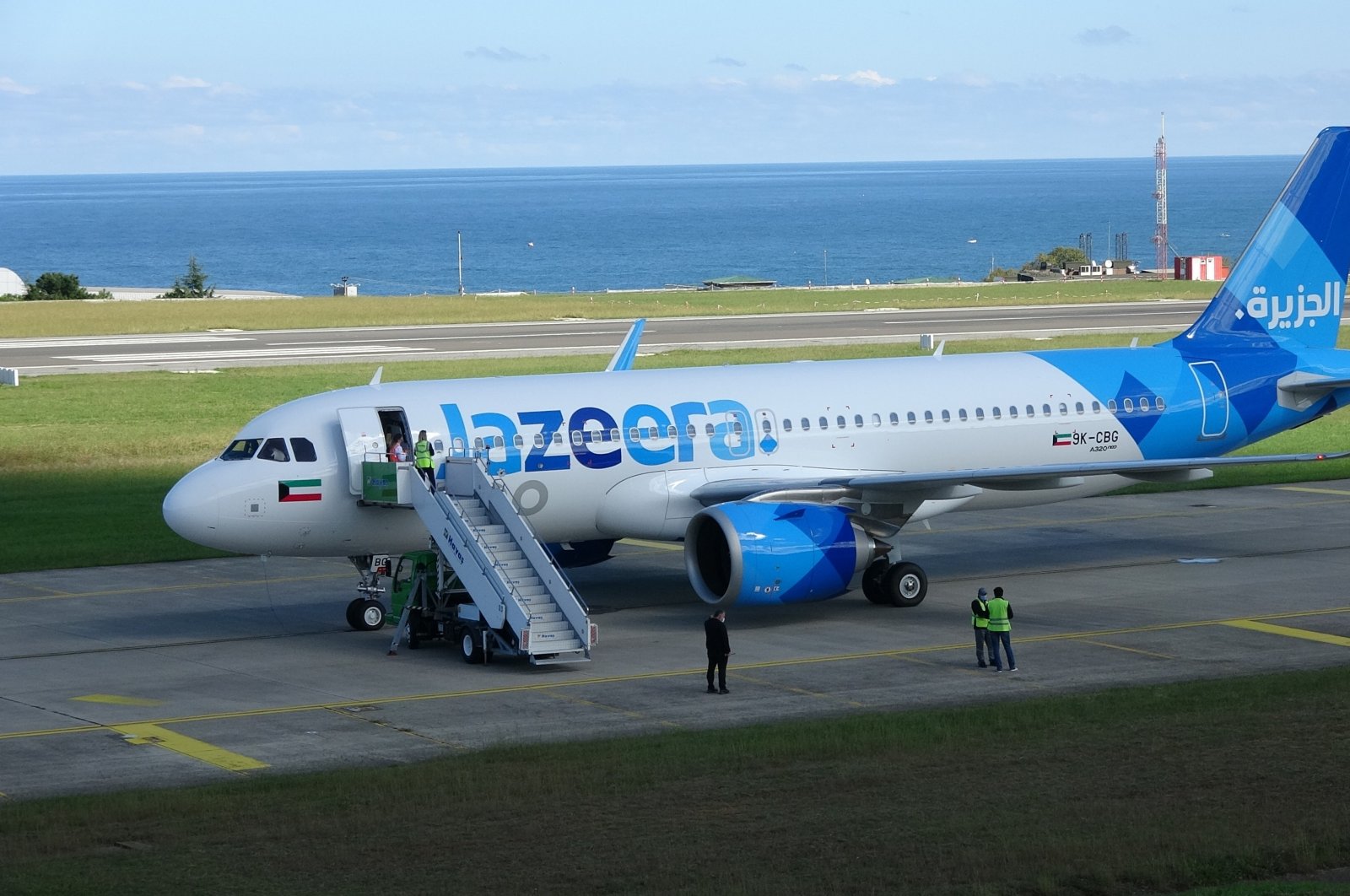 A passenger airplane of Kuwait’s Jazeera Airways made an emergency landing in the northern Turkish province of Trabzon on Thursday over a bomb threat.

Security forces evacuated the passengers while a search was launched for a potential bomb aboard. Authorities also searched the passengers' luggage after searching each passenger. The destination of the airplane, which took off from Kuwait City, is unclear. The Trabzon Airport was briefly closed to flights as the police conducted their search.

The flight, with 51 passengers and six crew members on board, landed safely in Trabzon and all passengers were evacuated, Trabzon Governor İsmail Ustaoğlu told reporters. Ustaoğlu said the threat wasn't specific to the flight that landed in Trabzon. Still, the plane was diverted to Trabzon as a precaution in line with international aviation regulations. It would resume its journey once the baggage was checked, he added. The search did not find any threat and the flight returned to Kuwait, media outlets reported.

In Kuwait, Jazeera Airways said it had received “a communication indicating a potential security situation.” “This communication was evaluated and deemed to be not credible,” the company said on Twitter, adding that “all flights have been provided with additional screening measures as a precaution.”