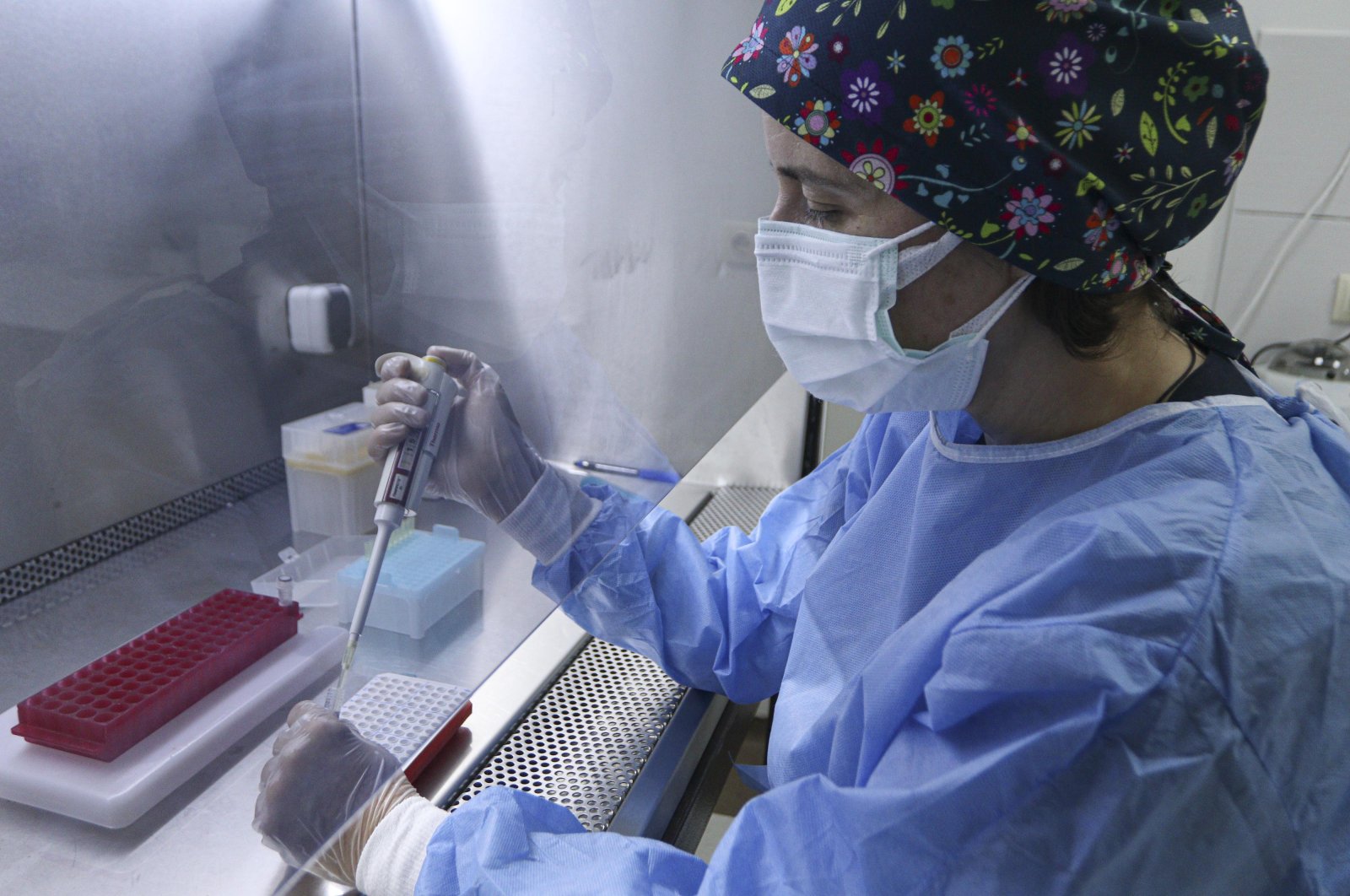 Preemptive action against COVID-19 is key in the fight to stop its spread, and health care workers in testing labs find themselves on the front line to increase the number of tests to detect infections

Turkey managed to increase the number of daily tests for the coronavirus above 200,000 earlier this week, and the health care workers working in diagnostic laboratories across the country are the main contributors to this rise.

These unsung heroes, from doctors, nurses and paramedics to contact tracing crews tracking down potential patients, work tirelessly around the clock, supporting the fight against the coronavirus.

In the capital Ankara’s Dışkapı Yıldırım Beyazıt Training and Research Hospital, the COVID-19 diagnostic laboratory processes 4,000 samples daily and about 120,000 monthly, checking positive and negative tests. Their work has ultimately helped the country bring the number of daily tests to 206,202 as of Thursday.

The laboratory in the capital is among 398 across Turkey and was established on Mar. 31, at the end of the month the pandemic made its foray into the country. The laboratory runs tests 24/7 in three shifts. It is staffed with 72 people, from biologists to laboratory workers and IT personnel. They rarely take leaves.

Special couriers tasked solely with transporting patient samples deliver them from hospitals in Ankara. After registration, the samples are subject to an “extraction” process to detect virus particles. Finally, they are placed in special devices where they are determined to be positive or negative for the coronavirus.

Associate professor Gül Erdem, a microbiology expert working at the laboratory, says everyone has been working diligently and some have not even taken a single day of leave since the laboratory opened. “I only had a one-week leave and never left work other than that. All personnel here are volunteers. We had staff with personal problems, but they never let others feel it. We had staff who tested positive and people whose families tested positive, but this has never been an obstacle to the work here,” she told Demirören News Agency (DHA) on Friday.

Erdem said although the number of tests they conduct increased recently, they have fewer positive cases now. “I think this has something to do with restrictions and I hope this trend will continue and we will overcome (the pandemic),” she said.

The Health Ministry on Thursday announced an overall total number of people who have tested positive for COVID-19 since the beginning of the outbreak, for the first time. Nearly 1.75 million people have tested positive through Polymerase Chain Reaction (PCR) tests since March. The total number of patients reached 564,435 on Thursday, while recoveries exceeded 452,000. The total death toll remains above 15,000. The number of tests stands at over 20.5 million.

"We have started to feel the effects of the measures taken," Turkish Health Minister Fahrettin Koca said on Twitter Thursday, referring to the decrease in the number of patients.

Starting on Dec. 1, Turkey began imposing nighttime curfews on weekdays, on top of weekend curfews. Weekend curfews were also expanded to stretch from Friday evening at 9 p.m. to Monday morning at 5 a.m. Along with curfews, restaurants and other businesses where crowding is inevitable were ordered to shut down, though restaurants were allowed to continue takeout services. Senior citizens and people under 20 are also restricted from going out except during designated hours in the daytime.

After strict restrictions in the spring, Turkey eased into a normalization process early in the summer. The nation's number of patients steadily decreased, but as autumn began, the country started experiencing a new surge.

Koca said Wednesday after a meeting of his ministry’s Coronavirus Scientific Advisory Board that some provinces have seen a surge in the number of cases, warning about this risk. “Measures helped us to bring the outbreak’s surge in some provinces under control but the risk prevails. The number of cases is still increasing in the provinces of Hatay, Adana, Samsun, Antalya, Mersin and Ordu, and hospitals there are under a serious burden,” he warned. The cases in some big cities that have long been hot spots of the pandemic, like Istanbul and Ankara, on the other hand, have taken a downward trend.