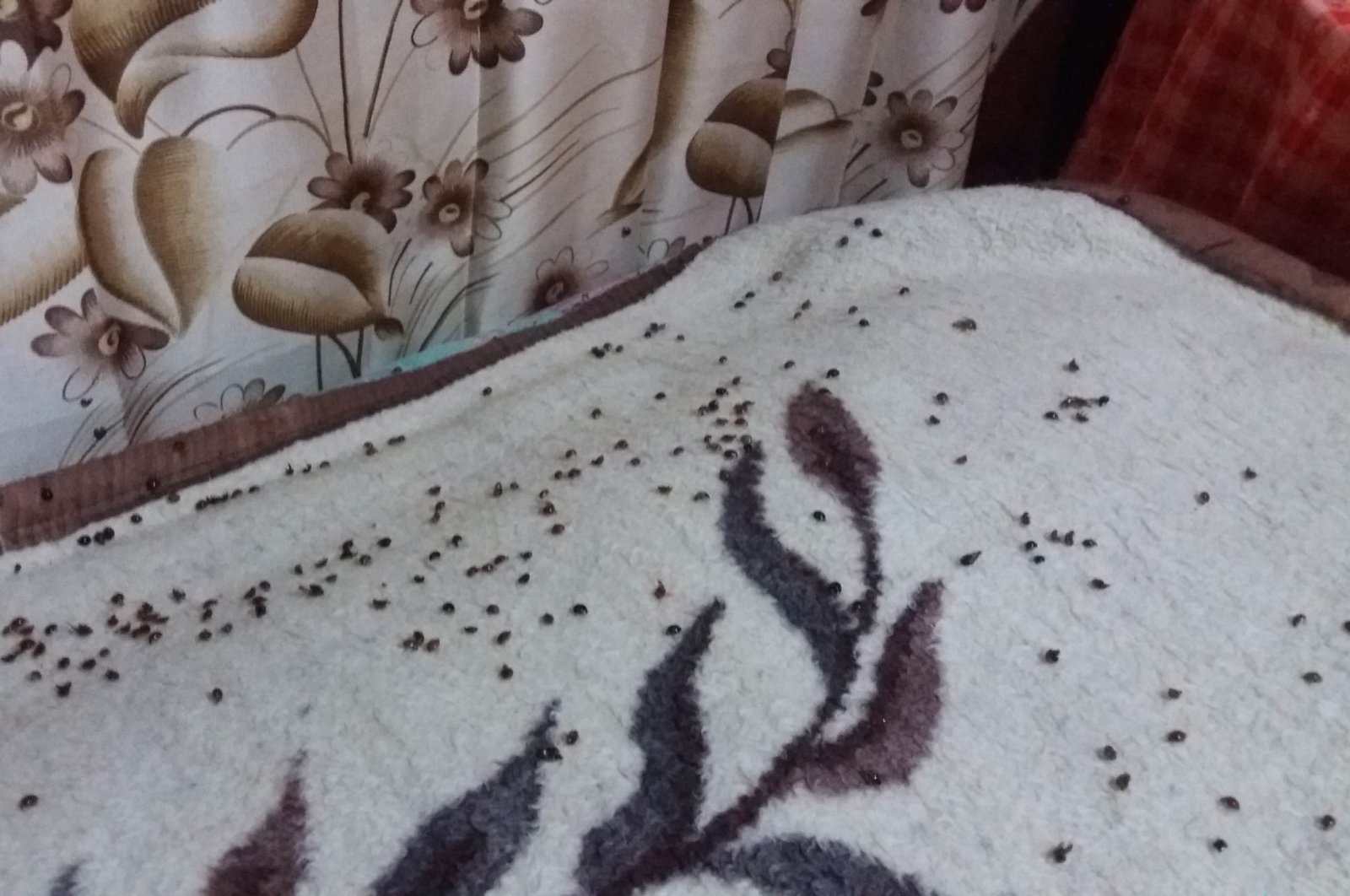 Residents of a district in northeastern province of Rize are having difficulty with ladybugs nowadays. The great numbers of beetles in six neighborhoods of Çamlıhemşin district astounded locals, who are now even afraid to open their windows.

While residents didn’t pay attention to increasing ladybugs initially, they requested an inspection as beetles started to swarm inside houses and harm beehives.

Speaking to Demirören News Agency (DHA), 75-year-old resident Abdullah Özcan said he had never seen such a great number of ladybugs at the same time.

“Ladybugs are everywhere. I don’t even know whether they are harmful,” he said.

Another local Firdevs Özcan said even though she constantly sweeps her house, there is no way to get rid of the ladybugs.

“I have been cleaning curtains, windows but they just keep reappearing. In recent years, we have seen a few of them, but now there are hundreds,” she said.

Hasan Sevgili from Ordu University said the ladybugs in Rize are members of the “Harmonia” species and have been spreading quickly in Europe in recent years.

“Although it is an effective and useful species in the biological struggle against aphids, they have started causing problems in houses, especially in winters. These insects live clustered in one place during winters. Some species live among cliffs in high mountains or on a tree,” he said.