Lake Akşehir in Turkey turns bone-dry due to climate change 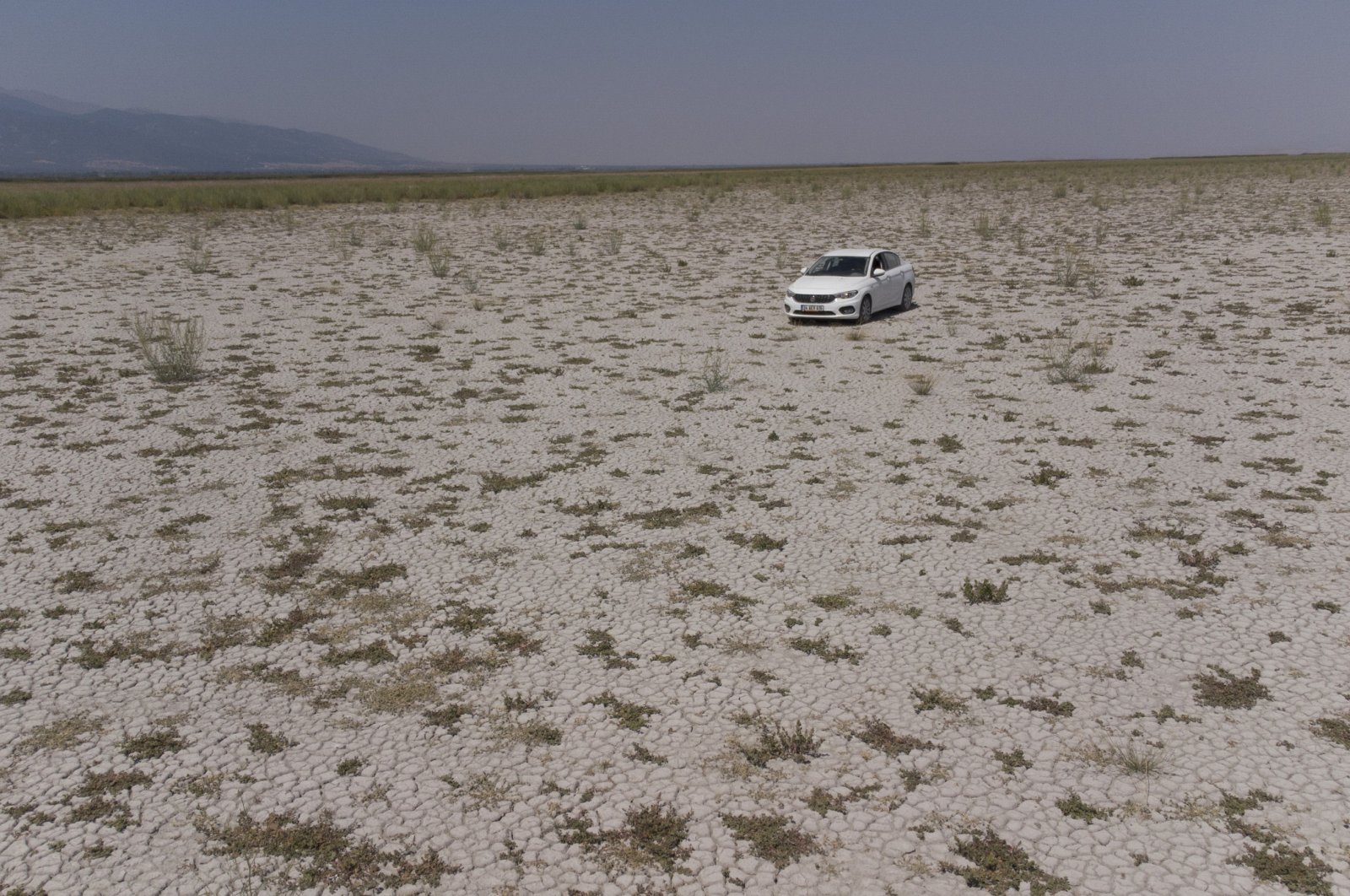 A major lake in central Turkey’s Konya province has completely dried out due to the effects of global warming and irresponsible agricultural irrigation, experts said Sunday, with the lake bed becoming so dry that even cars to be driven on top of it.

What used to be an important source of freshwater for neighboring provinces with a depth of up to six meters (19 feet), Lake Akşehir is completely barren these days.

According to Tahir Nalbantçılar, a professor of geology at Konya University, the lake used to be an important body of water that supported its surroundings both ecologically and economically, as well as hosting several types of plants and animals.

“And today, we are up against a scene where you can walk on what used to be the lake’s deepest parts, with hundreds of fishermen left jobless and only a few animals grazing on what little plants grow on specific parts of the lake bed,” he said to Demirören News Agency (DHA).

According to Nalbantçılar, the lake had dry spells in the past when it faced the risk of drying out but always managed to recover.

“But we can see the effects of climate change and global warming at Lake Akşehir. After all, it used to be supported by rainfall and other water sources flowing into the lake,

“And it’s not just climate change that caused this. Little artificial ponds that were made for agricultural irrigation, barriers built on brooks and other buildings constructed to help agriculture have all dried out the little but significant water streams that supplied the lake,” Nalbantçılar said.

He also pointed to wells dug by locals as another culprit that led to the lake’s destruction, saying that the wells got deeper and deeper, with the average well depth jumping from 20 meters to 150 meters over the years.

“According to the locals, the most water that was observed on the lake was in May, when the water levels were only a finger or two thick. By June, the lake was so dry you can travel from one end to the other by car,” he said.

Listing the necessary steps needed to be taken to save the lake, Nalbantçılar warned it still could be too late.

“Even if we stop our wild usage of underground water reserves today, it might take years for the lake to recover. We can’t rely on water sources to feed the lake since they have been obstructed for so long. I think we have no other option than to pray the effects of climate change reverse and this place sees frequent rains once again,” he said.