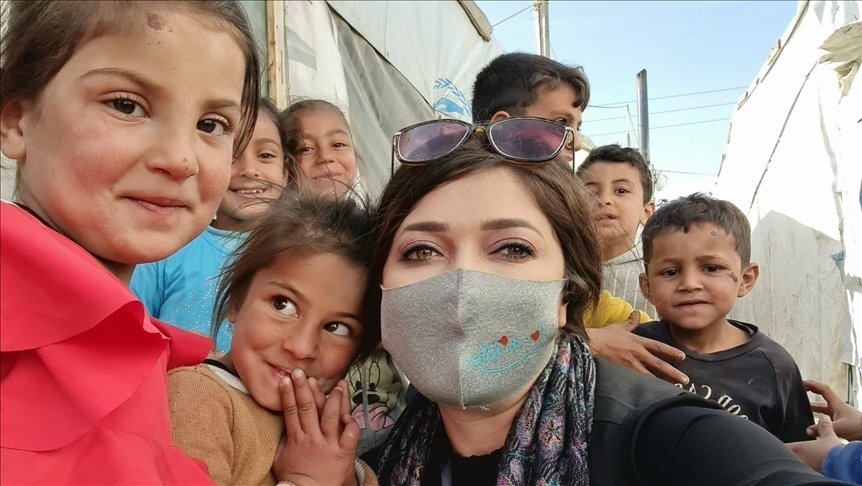 With the slogan "happy children, happy world," five mothers hailing from Turkey, Switzerland, Albania and Bosnia and Herzegovina are reaching out to children in distress across the world.

Speaking to Anadolu Agency (AA), Emine Taş, president of the organization, said their focus is to reach out to children in need of humanitarian aid, especially those living in war and conflict zones, occupied areas and disaster-hit regions.

"After witnessing so many times the pain of thousands of children in countries that have been affected by war and poverty, I decided to do something for them. Mothers like me from different cultures came together, and we established the association," she said.

The organization aims to ensure that all the rights in the United Nations Convention on the Rights of the Child are applied without exception for all children, Taş said.

According to the organization, it has so far identified 100,000 children in Syria, 13,000 in Yemen, 5,000 in Palestine and 1,500 across Asia and Europe who need humanitarian aid, educational assistance, housing and access to various facilities.

Tülay Gökçimen, a volunteer at the association, said the association aims to reach out to children living in different regions of the world, particularly those in refugee camps.

"Out of 79.5 million, an estimated 30 million-34 million children under the age of 18 are among forcibly displaced persons worldwide," according to the U.N. High Commissioner for Refugees (UNHCR).

"After learning about the situation of Palestinian and Syrian refugees in Lebanese camps, we wanted to organize humanitarian aid in the camps," she added.

During the COVID-19 crisis, the organization distributed tablets to disadvantaged children in Turkey who were facing the challenge of falling behind due to a lack of access to gadgets to pursue online education.

"For at least 463 million children whose schools were closed due to COVID-19, there was no such thing as remote learning," said Henrietta Fore, UNICEF's executive director, last year.

"After UNICEF warned that millions of Yemeni children are facing the threat of starvation due to the COVID-19 crisis, we have decided to increase our activities in Yemen," Taş said.

"This year, besides our ongoing activities, we are planning to do many humanitarian aid projects in Yemen. These projects are generally planned as the supply of food, education and hygienic products," she said.

According to research jointly carried out by Save the Children and UNICEF, nearly 150 million children are living in multidimensional poverty without access to education, health care, housing, nutrition, sanitation or water because of the coronavirus crisis.