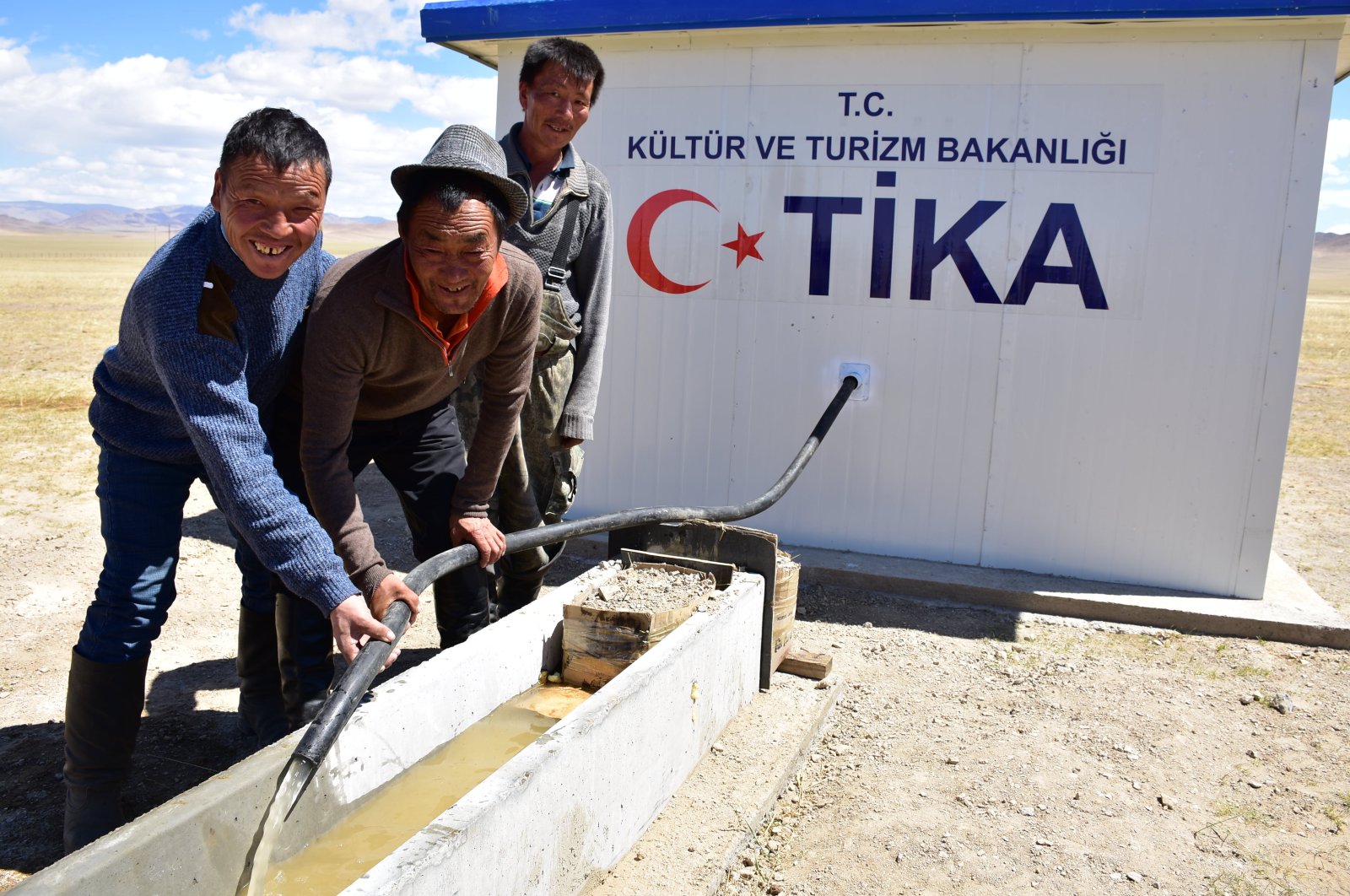 The Turkish Cooperation and Coordination Agency (TİKA) have launched at least 40 projects over six months in Mongolia as ties between the two countries grow stronger.

The agency, known for its work around the globe, addressed the needs of people in the rural areas of the Central Asian country, particularly in agricultural projects.

Since January, TİKA has actively helped the country’s development with educational, health and agricultural projects, as well as offered support to improve civilian and administrative infrastructures.

The district of Tarialan in Uvs, where the community is largely concentrated, has arable lands, and its name means "agriculture" in Mongolian.

The majority of the people of Tarialan can only grow vegetables for one season due to the climate. Winter greenhouses help them with year-round vegetable production. The project also offers Khotons an opportunity to earn some extra money by selling the surplus produce to locals.

In the province of Hentii, the agency built an underground vegetable storage facility capable of storing 250 tons of produce to extend its shelf life and improve the market share for Mongolian farmers.

Mongolia, like the rest of the world, has been affected by global warming. Summer droughts pose challenges for farmers and livestock breeders. In 2017, TİKA launched a project in Mongolia to share Turkey’s experience in animal husbandry and forage cultivation.

Trials were carried out over three years to determine plants suitable for cultivation in Mongolia. As part of the project, implemented in the districts of Altanbulag and Bornuur in Töv province, 10 hectares of land were allocated for an irrigation system and were provided agricultural equipment. Soon after, farmers succeeded in cultivating alfalfa seeds in the area.

TİKA also delivered food and hygiene aid to Mongolia during the ongoing COVID-19 pandemic. Some 1,000 aid packages were delivered to the needy, while 3D printers and other equipment helped Mongolia produce face shields for protection against the coronavirus.

In three districts in the Gobi Desert affected by global warming, TIKA drilled four clean water wells for people and animals with little access to water. The wells have provided clean water to thousands of people.