Loach missing for decades rediscovered by researchers in Turkey 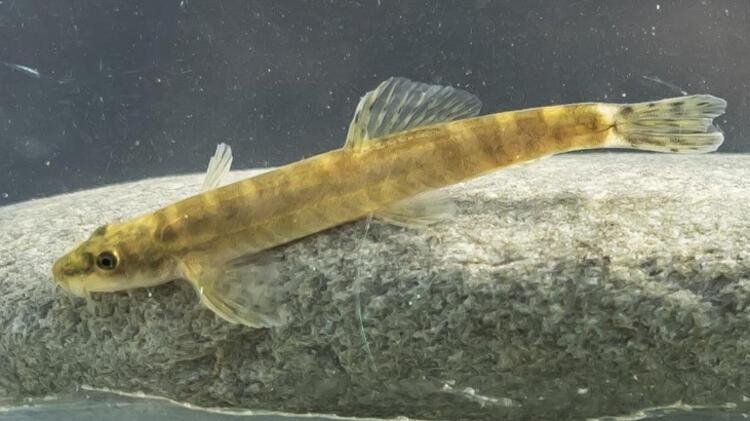 Though a social media post by actor and self-styled environmentalist Leonardo DiCaprio on a news story about it attracted more attention in Turkey, the discovery of a loach, though to be extinct, is a landmark success for scientists in Turkey. Researchers found the critically endangered fish unseen by human eyes for nearly 50 years in the southeastern Batman province.

After finding the loach (Paraschistura chrysicristinae) anew, Cüneyt Kaya, a biologist specializing in fisheries at Recep Tayyip Erdoğan University, and Münevver Oral, a research fellow at the same university told reporters Friday that it is one of the world’s 10 most wanted fish species.

Sharing the joy of discovery, Kaya said: "It was a very happy moment indeed. Our next goal is to protect this fish and pass it on to future generations." He said the tiny yellow-and-brown striped fish "lives in a very narrow zone" and is still very much an endangered species. "We plan to do awareness-raising activities in the region to protect this fish," he added. "We discovered a fish species that has been missing for about 47 years and for a long time was thought extinct," said Oral, adding that they genetically distinguished the loach from similar species.

Confirming that their research shows the loach has long existed in nature and did not die off, Oral said it may have slipped under the radar as scientists were using the wrong equipment or possibly it disappeared in the waters of a local dam.

Meanwhile, local official Murat Mete said the fish’s rediscovery will create new awareness in the field of biodiversity. Saying that the finding made waves abroad, Mete underlined his continuing support for Kaya and Oral's research.