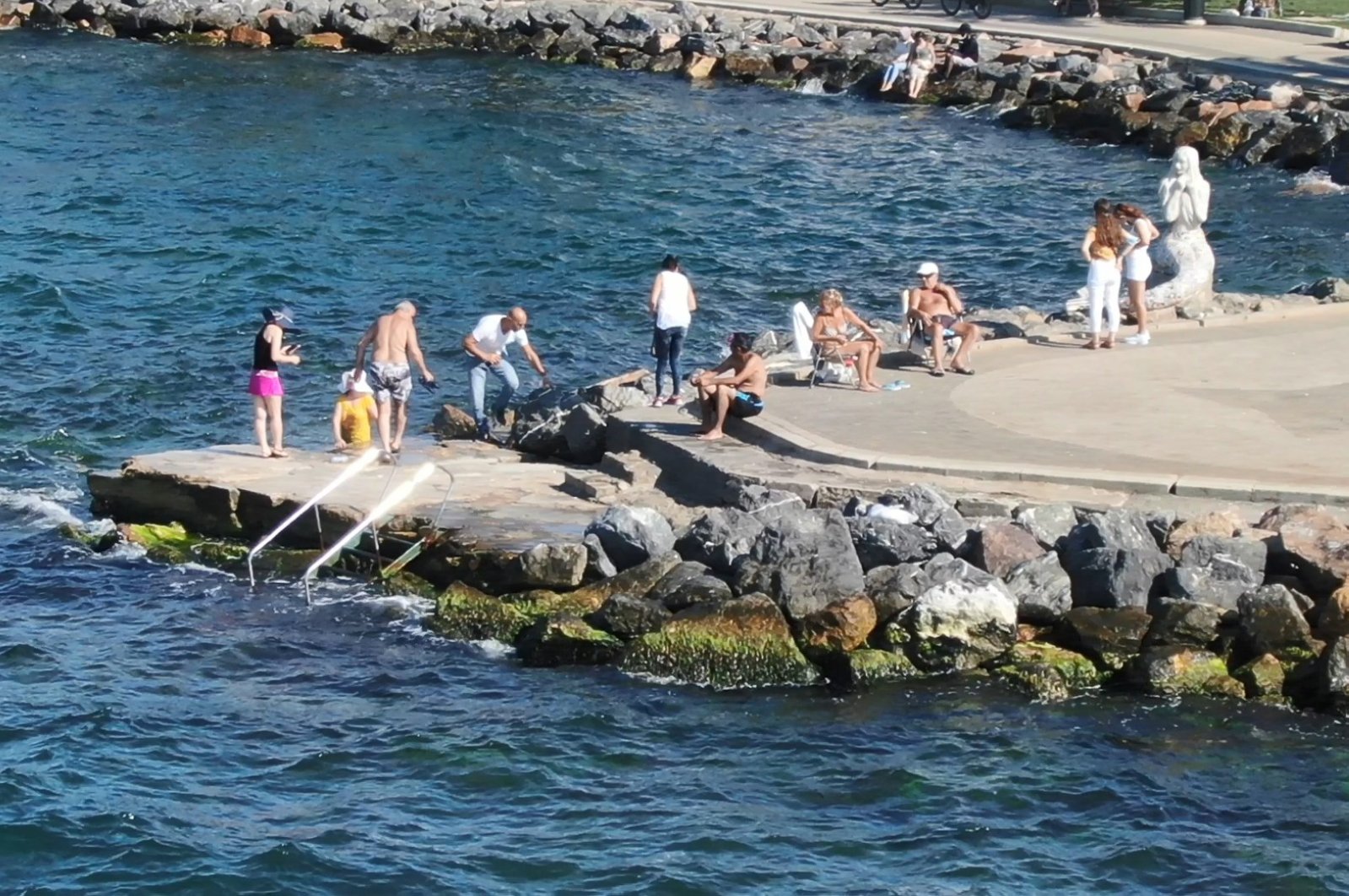 While everyone was busy discussing the astronomical prices of beach lounge chairs in Turkey’s holiday resort towns such as Bodrum, another price-related controversy regarding beaches has been brewing in Istanbul. Locals and visitors have criticized the high prices for admission to Istanbul’s Büyükada and Kilyos beaches, which are managed by private companies.

On Büyükada, one of Princes' Islands near Istanbul, locals said that they must pay TL 50 to TL 70 ($7 to $10) daily to enter private beaches, and therefore have started heading to rocky shores to swim. Locals say that the price is too high and demand officials provide free public beaches.

Some people, however, found a temporary solution by swimming in the waters off private beaches but sunbathing on the sidewalks.

Hakan Edibali, a resident of Büyükada, told Demirören News Agency (DHA) that the municipality should intervene in the issue.

Çetin Kandemir, another man living on the island, said that the only option for them is to swim near rocky shores, the sole place that is not occupied by private companies.

“Swimming here is dangerous. There can be a public beach on the back side of the island,” he said.

Meryem Yalçın was among the locals who complained of the high prices. “Not everyone is able to pay this admission fee,” she said.

The costs of private beaches and the restaurants on them have been a heated topic for a long time in Turkey especially in the popular Western resort towns along the Aegean and Mediterranean coasts. The town of Bodrum in Muğla province, wildly popular among both Turkish and foreign tourists, hits the headlines every summer due to the astronomical charges levied by hoteliers and restaurants on staples of national cuisine, from kebabs to lahmacun.

Istanbulites also bemoan the high entrance fees at Istanbul’s Kilyos Beach. Those who want to swim at the city's most famous seashore reportedly must pay approximately TL 150 for parking, sunbeds and umbrellas.

“We paid TL 20 for parking, TL 25 per person for the beach. Even though we brought our own food, we have to pay for the swimming,” said Deniz Sarıkaş, criticizing the pricing at Kilyos Beach.

Some locals, however, said that public beaches have their own disadvantages while admitting that charges in private beaches are too high.

“It is a good thing to open them to the public but the (low) service quality at beaches administrated by municipalities is obvious,” said Mumin Güler.