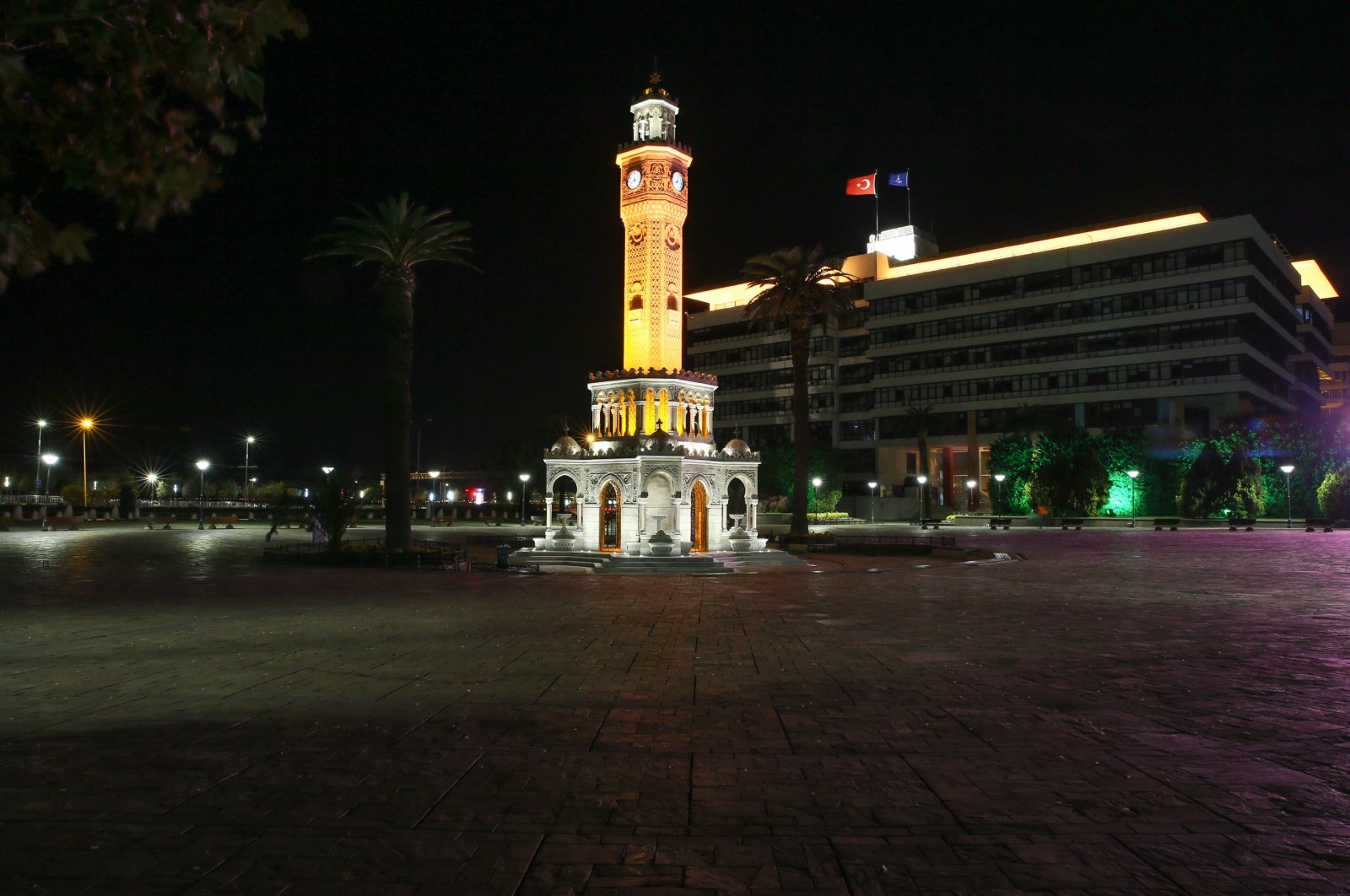 The historic clock tower at the Konak Square in the western city of Izmir is seen deserted during a nighttime curfew, on Nov. 21, 2020. (AA Photo)
by DAILY SABAH WITH AGENCIES Nov 21, 2020 8:40 pm
RECOMMENDED

The frightening spread of COVID-19 in Turkey resumed Saturday as the number of new patients hit a new record, coinciding with the reintroduction of countrywide measures including nighttime curfews.

Data from the Health Ministry showed that 5,532 people had been diagnosed with COVID-19 symptoms in the previous 24 hours. The new cases raised the country's overall count to 440,805.

More than 152,000 COVID-19 tests were conducted across the country, taking the total to over 17 million.

The number of patients in critical condition now stands at 4,121, with 3.8% this week suffering from pneumonia, the data showed.

In a Twitter post, Health Minister Fahrettin Koca urged people to follow safety guidelines, saying the number of critical patients and the loss of lives was painful.

To battle the ongoing surge in cases, Turkey this week introduced partial weekend curfews for the first time in months. The first countrywide curfew began as of 8 p.m. local time on Saturday and will last until 10 a.m. Sunday. A nighttime curfew will also be in effect between 8 p.m. Sunday and 5 a.m. Monday.

Schools will remain shut for the remainder of the first semester, with students switching to online education. Restaurants and cafes are barred from hosting customers and only allowed to provide delivery and takeout orders.

Apart from nighttime curfews, senior citizens who are 65 and older and youth aged 20 and below are barred from going outdoors except between 10 a.m. and 1 p.m. and 1 p.m. to 4 p.m., respectively.

Other measures include the closure of traditional Turkish tea houses until further notice, as well as shutting down movie theaters until the end of the year. All sports events will continue to be held behind closed doors.

Across the world, the COVID-19 pandemic has claimed more than 1.37 million lives in 191 countries and regions since last December.

The U.S., India, and Brazil remain the worst-hit countries in terms of case numbers, while Europe is also currently in the grip of a devastating second wave of infections.

More than 57.77 million cases have been reported worldwide, with recoveries now over 37 million, according to figures compiled by the U.S.-based Johns Hopkins University.