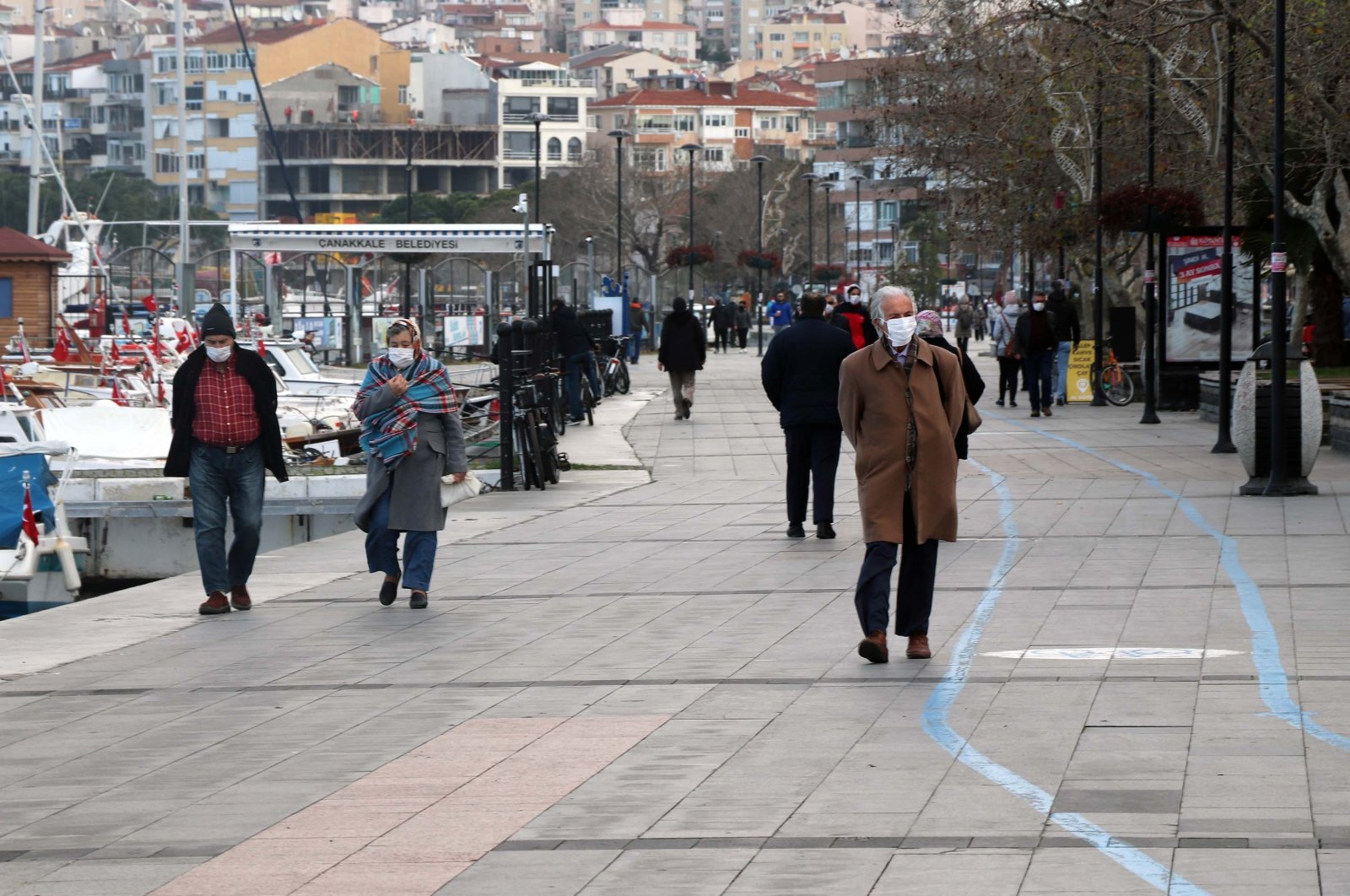 Some who managed to recover from the deadly coronavirus still report pain, fatigue and other long-lasting fallout as Turkey strives to decrease the number of cases

“I still feel breathless after taking a few flight of stairs,” Aydın Balcı complains. The young doctor was infected twice with the coronavirus and managed to recover. Although his infection was less severe than the cases of other patients, he still hasn't regained his proper breathing ability.

Balcı, who works at the Faculty of Medicine at Afyonkarahisar Health Sciences University in the western province of Afyon, is among a number of patients who appear to suffer from what is informally called “long COVID.” Long COVID, the subject of multiple scientific studies around the world, is the term used to describe the long-term effects of the deadly virus.

One study in Ireland found that 52% of 128 patients reported persistent fatigue when they were assessed an average of 10 weeks after clinical recovery from infection, regardless of how serious their initial infection was. A recent study of 3,762 people from 56 countries also found that people with long COVID are still unable to work at full capacity six months after infection. The coronavirus is primarily known as a respiratory illness and the usual period of recovery is two to three weeks, but symptoms affecting the heart and brain have been documented in some cases, long after recovery.

Balcı was diagnosed with the virus in July and recovered in five days. He returned to duty at the hospital but then tested positive again about 75 days after recovery. This time, his wife and two children, aged 4 and 2 months, were infected as well. “I had breathing problems and was worried that I would end up in intensive care. But my family and I recovered with only slight damage. Even so, I am still breathless while taking the stairs, but I am trying to get used to it,” Balcı told Anadolu Agency (AA). He warned the public that getting infected once does not mean you will not be infected again.

Ömer Bekar, a doctor working at the emergency room of Gümüşhane State Hospital in the eponymous northern province, said his infection with the coronavirus was the first time he had been hospitalized. He spent 15 days at the hospital before recovering and returning to duty. He told AA that despite recovery, he still feels “a loss of power” in his body.

Meanwhile, Merve Kızılbayrak, a nurse at a state hospital in the central province of Nevşehir, said she went through a “tough period” when she was infected with COVID-19. “It still affects me physically and mentally,” she said.

Fatih Mehmet Kocaispir, on the other hand, shares the same problem as Balcı and complains of shortness of breath while taking the stairs. Kocaispir is the mayor of Yüreğir, a town in the southern province of Adana. He had two tests in three days after he started feeling a lack of appetite and fatigue. Lung imaging led to his diagnosis with the coronavirus. Kocaispir suffered for two weeks before his recovery. “I was feeling tired, was sweating and had waist pains. My symptoms were what I could call ‘middle-level.’ I wasn’t hospitalized but had constant coughing for four days. Thank God, I recovered, but this disease really shook me. I can’t do any intense physical activity or climb up stairs without feeling tired and breathless,” he said.

The coronavirus pandemic continues to bear down on Turkey despite strict measures and restrictions. The number of daily cases dropped below 14,000 as of Wednesday. The total number of cases since March 2020 stands at more than 2.2 million, while the overall fatalities have reached 22,070. Another 2.1 million people have recovered, while number of tests has exceeded 25 million.

To curb the pandemic, the country relies on a vaccine imported from China which is being analyzed by the Health Ministry before the start of a mass inoculation campaign. But a member of the Health Ministry’s Coronavirus Scientific Advisory Board warns that the vaccine will not miraculously end the outbreak. Professor Sema Turan told Demirören News Agency (DHA) on Thursday that vaccinated people will have “a slight case” of the coronavirus if they are infected afterward. “The main purpose is to maintain immunity and lessen the impact of the virus on patients. People should not relax once they are vaccinated. Being inoculated does not mean that you will not infect others,” she warned.

The Health Ministry on Thursday issued a set of guidelines to health directorates in 81 provinces for vaccination. Every hospital, private or public, must set up “vaccination rooms” which will be compatible with social distancing measures against the outbreak. Citizens seeking to receive jabs will be required to make an appointment in advance.

Turan said vaccination would start “soon” after the analysis of the imported vaccine is concluded. “A vaccination plan is ready and the public should be assured,” she said. She advised that the public would be required to continue following the rules like mandatory mask-wearing, social distancing and hygiene even after the mass vaccination. “We have a fine downward trend in past two weeks in the number of cases. Inoculation will contribute to this trend. I believe we will enter a good process in the spring" thanks to the drop in the number of cases and vaccination, she said.