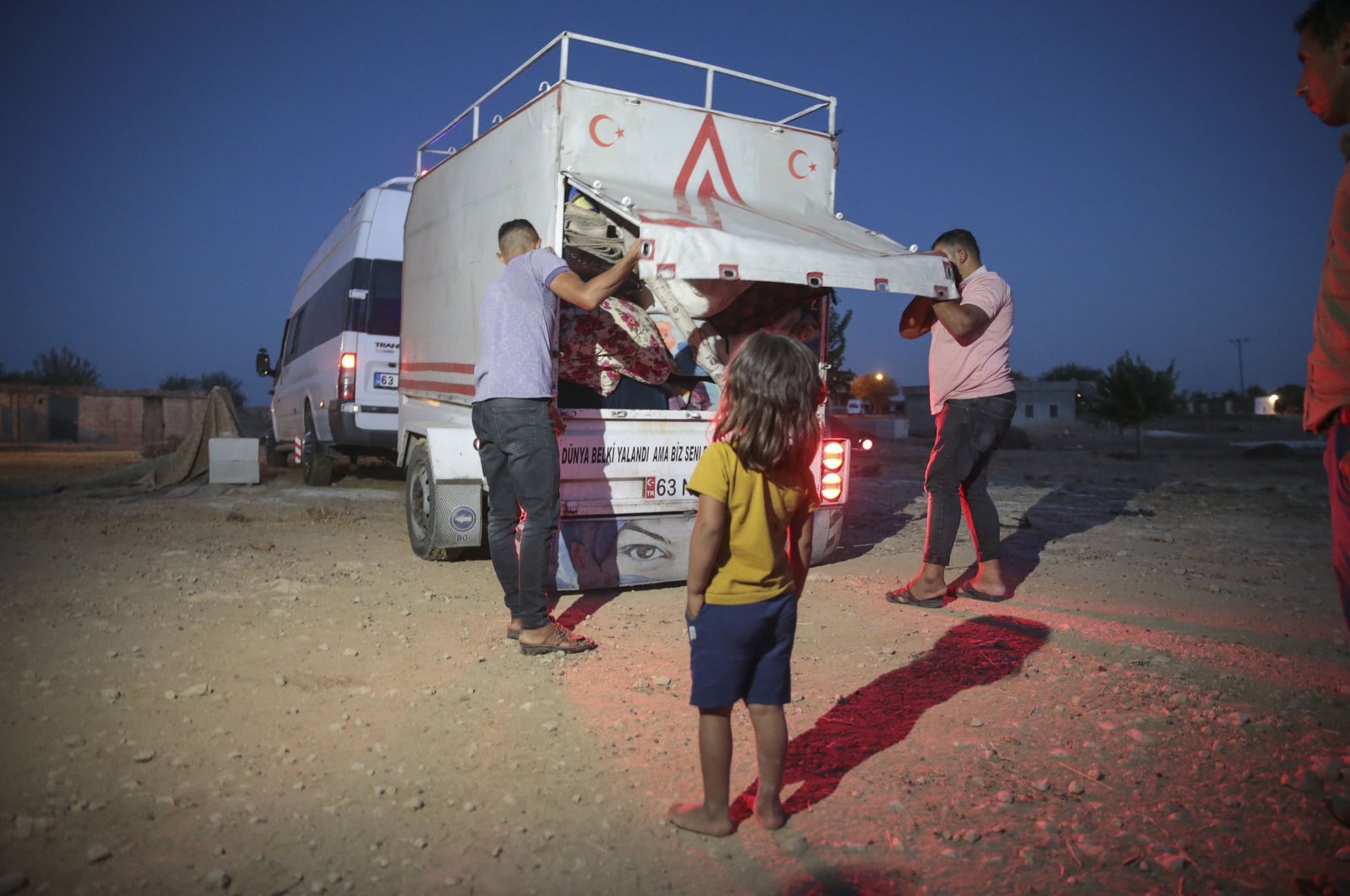 Seasonal laborers have started their traditional journey home, but nowadays more workers are opting to extend their stays in cities where they work, sometimes just a year or two, sometimes permanently

The roads to Turkey’s southeastern cities are bustling nowadays with trucks, pickup trucks, cars and buses carrying seasonal laborers to their hometowns. Having last seen home in the spring, the families of laborers return at the end of harvests in other regions of the country and after the start of the new school year.

Enduring a harsh nomadic lifestyle in tents, laborers from impoverished families – and sometimes even entire families – spend the spring and summer picking fruits and vegetables and sometimes join up to three separate harvests. Studies show the “seasonal” in their title has been changing recently, with laborers preferring to spend sometimes an entire year or two in the cities they temporarily migrated to. Some even do not come back, setting up new lives.

The majority of seasonal laborers hail from the southeast, though in recent years, foreigners, including migrants, have been increasingly joining the laborer workforce. Şanlıurfa province has the highest number of seasonal laborers seeking their livelihood in other cities in the west, north and south. Although the province is third in Turkey among places with biggest agricultural areas, the lack of need for manual labor forces thousands to migrate elsewhere for work. With 163,000 registered seasonal laborers, the province is major supplier of laborers to 58 provinces, from Manisa in the west to Tokat in the north.

Laborers toil in the harvests of a diverse array of crops from cotton to beets, potatoes and strawberries for a daily fee of at most $11.5 (TL 100) and sometimes in different cities. The return home begins in September and sometimes continues until November. Travel restrictions due to the coronavirus pandemic have disrupted movement for many, but they were allowed to travel with special permits, ensuring the monitoring of laborers against coronavirus.

Professor Şevket Ökten, a sociology expert from Şanlıurfa’s Harran University who conducted a study on laborers, says they constitute a major element of agricultural production both in Turkey and in the world. Ökten conducted interviews with 644 laborers and his study shed light on changes in their working habits.

“Most laborers have a fixed destination every year and work on harvests of crops they are most familiar with. We have seen a new trend among them though. Some prefer staying and finding new jobs in the places where they travel to instead of returning. Most of these people have no proper jobs and their education levels are low. Most are illiterate. Our study showed that almost 90% of them have no job skills and the rest were skilled only in temporary jobs like construction workers,” he told Anadolu Agency (AA) on Wednesday.

Ökten’s study shows a majority of laborers are children of parents who worked as laborers for years, and some were even born in places the families traveled to. “They were practically born into this job and continued working like their parents did once they grew up. Often, they travel with their families (children, wives, husbands),” he said. The professor points out that the contradiction of Şanlıurfa as the province with most lands feasible for agriculture while also having most laborers seeking jobs elsewhere is due to the “high imbalance between land ownership in Şanlıurfa.”

Cuma Aslantay is one of returnees. A father of five who is accompanied by his wife and children on a journey to the Ortaköy district in the central province of Aksaray, says the job is “not over” for them as he unpacks their possessions from the back of a minibus that brought them to their village Taylıca in Şanlıurfa’s Harran district. The family already secured a cotton picking job in the province.

“I found the job in Ortaköy thanks to my relatives working there. We have been working there for two years and our last travel was in May. We cultivated squash and beet there,” he says. Aslantay explained they had to stay in tents in Aksaray but they do not complain as they have to make a living. In four months, the family earned $2,300 and spent $462 for travel expenses. This is their only income, along with the prospective cotton picking job, before the start of the next agricultural season.

His relative Hikmet Aslantay and his family of ten are among the other returnees. Aslantay used to go alone for work in other cities, but when his children grew up, they started accompanying him. “We have no job here. We returned only for the children to go to school,” he says. His wife Ayşe says she was burdened with an extra job: cooking for the family and cleaning up the tent after helping her husband in the field. But she says what was more difficult for her was to live away from her home and relatives for a long time.