Love of Anadol passed down from grandfather to grandchildren 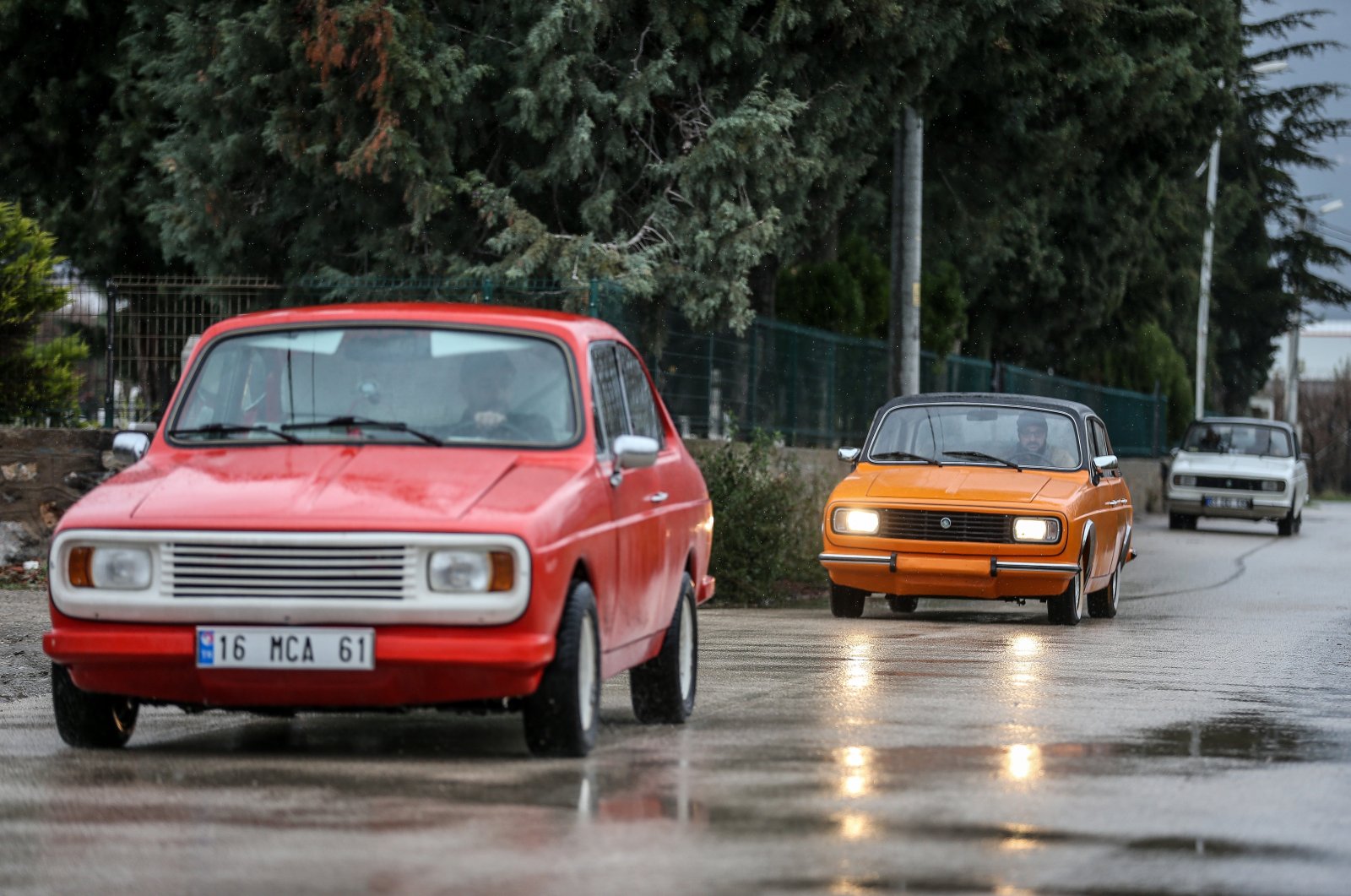 The Anadol, a Turkish-produced car with a fiberglass body and British Ford engine, was Turkey's first mass-produced car and was built between 1966 and 1991. Much like the Turkish versions of Fiat cars, this car also has die-hard fans in Turkey to this day.

Turgay and Mehmet Cemal Altunbaş, two brothers who live in the Gürsu district of Bursa, want to carry forward their 13-vehicle collection for future generations in order to keep alive the love of Anadol brand automobiles that they inherited from their grandfather.

Mehmet Altunbaş, who was curious about Anadols, a car that began its production life in Turkey 55 years ago, started his dolmuş (minibus) business in Trabzon in 1979 by buying one of these vehicles.

After Mehmet Altunbaş passed away in 1986, his son Mustafa Altunbaş took ownership of the vehicle. After continuing his father's profession for a while, Altunbaş quit his job and took the Anadol to the garage.

Later, Mustafa Altunbaş's children, Turgay and Mehmet Cemal Altunbaş, restored their grandfather's Anadol in Bursa and brought it back to its former glory. Carrying their love of Anadols even further, the Altunbaş brothers bought more of the vehicles and started to repair and improve them.

Restoring the half-century-old vehicles to their classic look, the brothers also added many technological enhancements to the cars, such as a remote ignition, headlight sensors, cruise control, finger readers and automatic windows.

The vehicles, which the brothers lovingly look after, attract the attention of those who see them in Bursa's traffic.

Mechanical engineer Turgay Altunbaş (31) told an Anadolu Agency (AA) correspondent that he kept his interest in Anadol cars alive during his spare time from his job.

Touching on his childhood spent in Anadol cars, Altunbaş said: "It's not a love that started later; we grew up with this love. Our family heirloom of an Anadol was passed on from my grandfather to our father. After our father left the dolmuş profession, the vehicle was left to us. Let's see whether our children will be interested in it. According to how they look after the vehicle, it will be shaped from generation to generation."

Altunbaş stated that his grandfather brought the first Anadol in their collection from Istanbul to Trabzon by ship.

Their grandfather had adapted the purchase conditions and payments to suit his situation and that after coming home from work as a dolmuş driver he built a garage and kept that car there as he was not a very good driver. "He also wrote a letter to his daughter in Germany saying, 'Daughter, I got my driver's license, I hope I can drive it,'" he said.

'These vehicles are comparable to today's up-to-date vehicles'

Altunbaş emphasized that their passion for these vehicles, which had an impact on their childhood, continued when they grew up.

"We saw a few cars for sale and thought, 'Can we buy this?' We looked at the vehicles and their history. Then we bought the second vehicle. From that moment on, the rest of the Anadol purchases were made in rapid succession. We said, 'Let's get another one,' whether it's green, white, has a single door, a pickup truck and a station wagon. It went on like this," he explained.

Not surprisingly, they now have a garage filled with 13 Anadols.

They not only maintain the vehicles but also add the latest gadgets to the cars. "These vehicles are comparable to today's up-to-date vehicles, be it their mechanical maintenance or the technological parts and modifications we have installed on them. And we can actively use these vehicles in traffic,” he said.

Altunbaş added that there is great interest in the vehicles, especially when they meet with other Anadol car owners on national holidays.

Mechanical technician Mehmet Cemal Altunbaş (34) also stated that they began their activities with the Anadols to both acquire a hobby and to improve themselves.

"I wanted to adapt my car to today's conditions, 'Why shouldn't this car be self-driving, why not automatic?' I adapted it to today's conditions by adding an automatic opening and closing trunk, automatic windows, remote control, and the ability to start the vehicle remotely with a phone or internet connection," he explained.

Not content with these modifications, he said that he would like to improve the car even more by adding the required modifications so that the car can drive autonomously, just like some electric vehicles, and also have the ability to send the vehicle to a place with remote control.