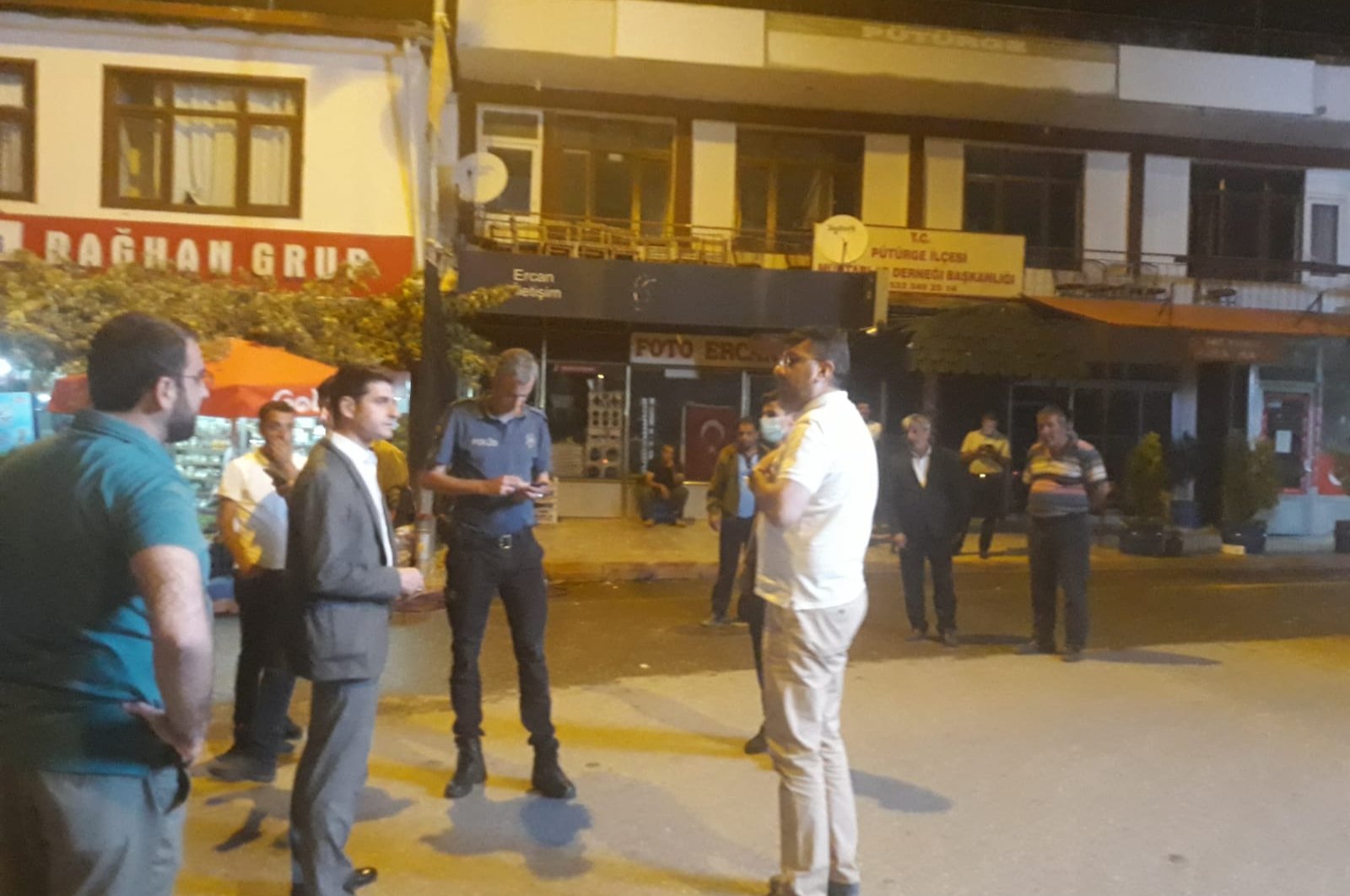 People take to the streets after the earthquake in Pütürge district of Malatya province in eastern Turkey, June 5, 2020. (AA Photo)
by Anadolu Agency Jun 05, 2020 9:57 pm

A magnitude 5 earthquake jolted eastern Turkey on Friday, according to the nation's disaster agency.

The earthquake occurred at the depth of 7 kilometers (4.3 miles) in the Pütürge district of Malatya province, said the Disaster and Emergency Management Authority (AFAD) on its website.

Malatya governor Aydın Baruş told Anadolu Agency (AA) that there had been no reports of casualties so far, though the situation is still being monitored