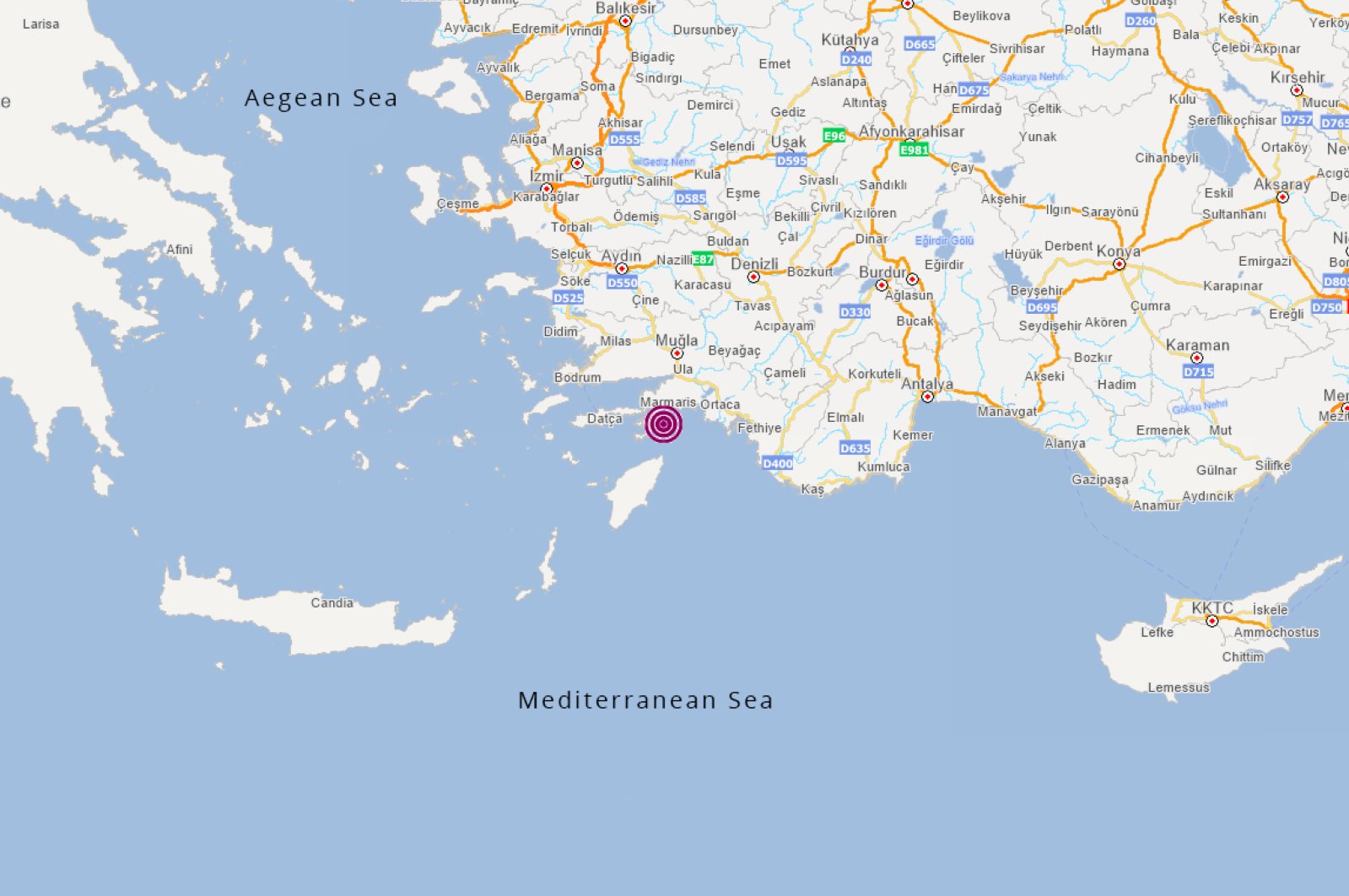 It was felt in Izmir, Antalya and surrounding provinces.

Muğla Governor Orhan Tavlı said that no casualties or damage have taken place in the area.

"Our teams are currently carrying out field scanning work in the area," Tavlı told Anadolu Agency.

Marmaris District Governor Ertuğ Şevket Aksoy also confirmed that there have not been any casualties or damage following the earthquake.