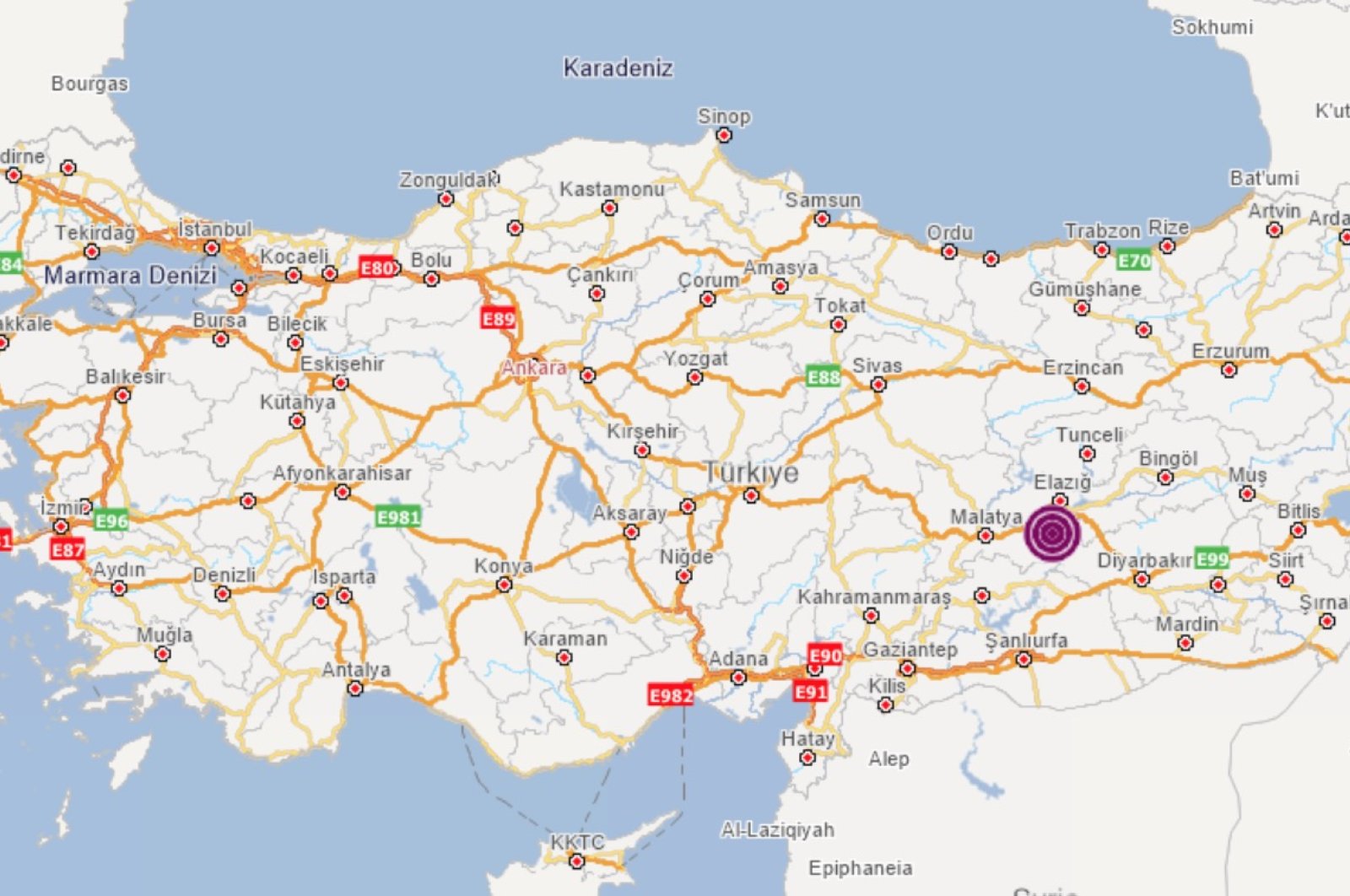 There are no reports of casualties or damage so far.

The region is one of the most seismically active districts in the country, where earthquakes occur often and are destructive.

At least 41 people were killed and 1,607 others were injured after a massive earthquake with a magnitude of 6.8 rocked the eastern Turkish province of Elazığ in late January.

According to Turkey's Disaster and Emergency Management Authority (AFAD), 37 people were killed in Elazığ, the hardest-hit province. Four people were killed in neighboring Malatya province with the main damage occurring in the Doğanyol district. Dozens of others were also wounded in southern and southeastern provinces of Adıyaman, Kahramanmaraş, Diyarbakır, Şanlıurfa and Batman.

The number of survivors later reached 45, according to Turkey's Disaster and Emergency Management Authority (AFAD). The latest person who was rescued was 65-year-old Ayşe Yıldız, who was pulled from the rubble in Elazığ's Mustafa Paşa neighborhood 19 hours after the earthquake.