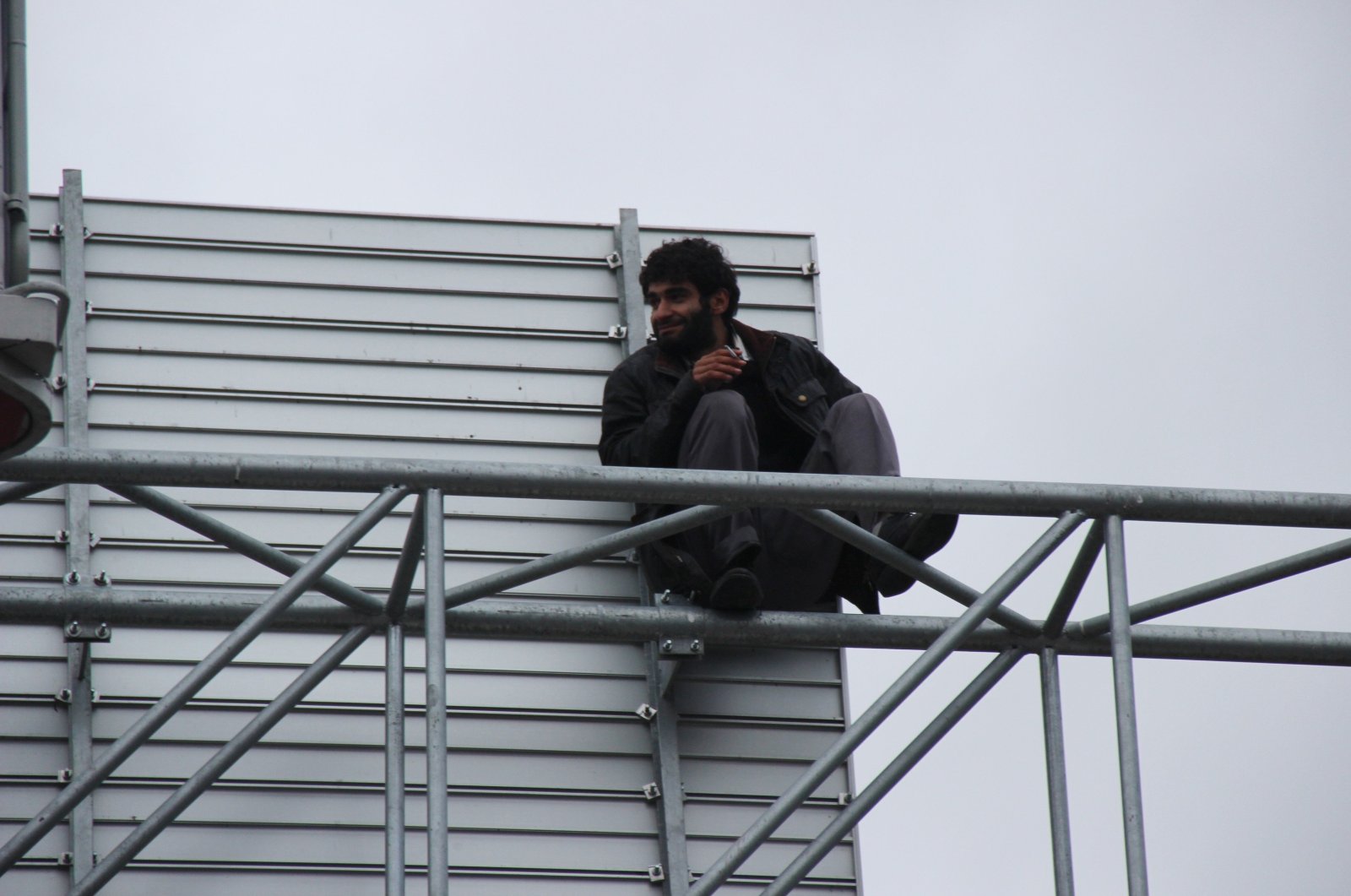 A young man who went up to the roof of a building in northeastern Turkey in a suicide attempt on Tuesday was safely taken downstairs after persuasion efforts by local authorities... for the 140th time.

Hasan Inan, who built a reputation in recent years as a serial suicide attempter, chose the Pazar district of Rize province for his latest stint.

The 29-year-old threatened to jump from a six-story building, prompting local police and firefighters to arrive at the scene. As a common scene in Turkey, locals gathered in the area as the incident unfolded.

A fire engine's ladder was extended to the roof and emergency crews tried to persuade Inan to come down, who finally cave in after two hours of efforts. It was then understood that the man was a familiar figure for firefighters throughout the country.

It was Inan's 140th suicide attempt nationwide and the second one in Rize province, where he attempted suicide back in Oct. 1, then marked as his 22nd attempt. Ardahan, Kars, Kocaeli, Istanbul, Bilecik were some of the other provinces where Inan was reported to have attempted suicide and was persuaded by local officials in exchange for monetary aid or job offers.

It remains unclear how the professional suicide attempter, who performed more than one attempt some days, evades prosecution for disrupting public order.