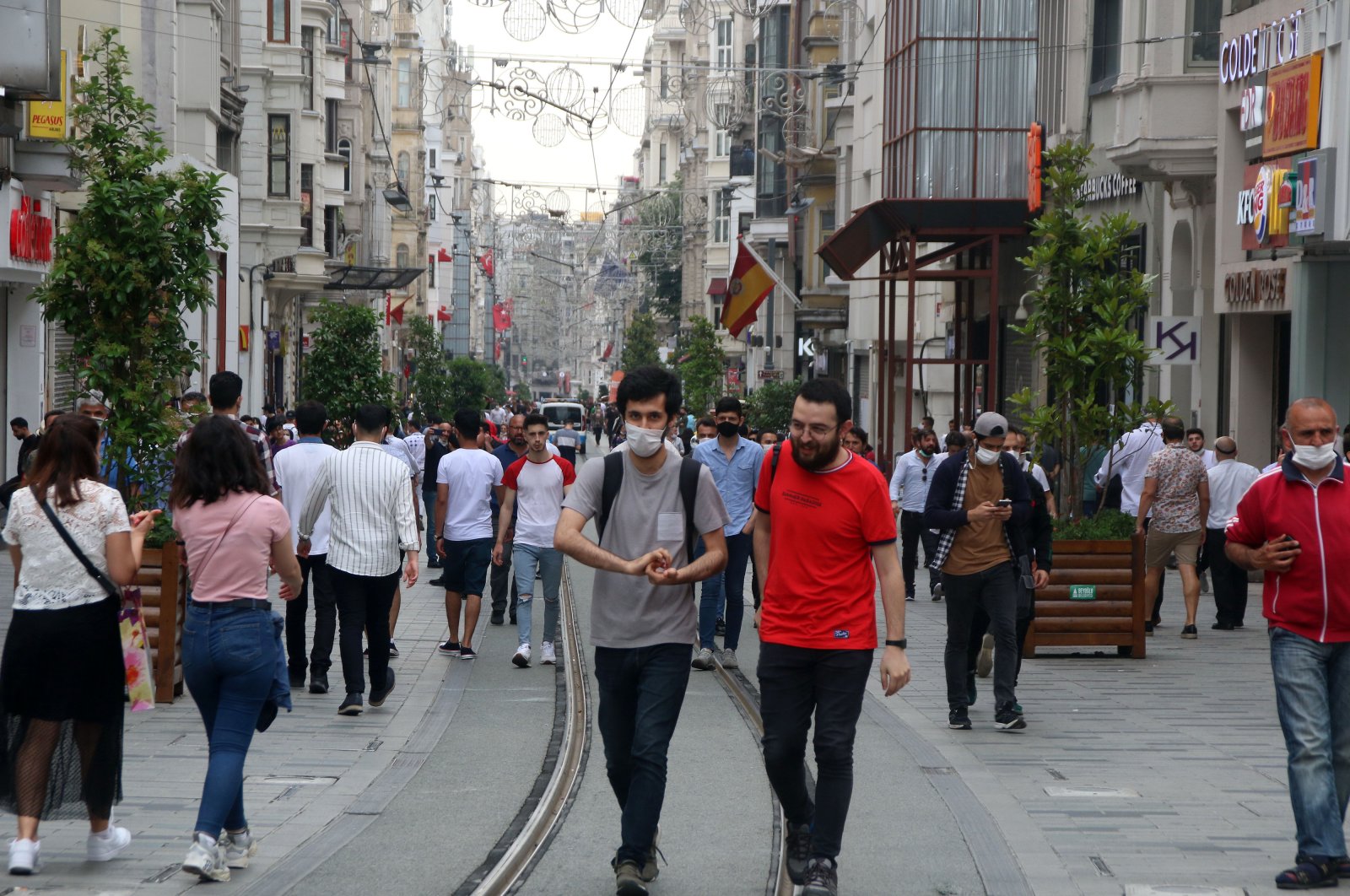 A steady increase in new COVID-19 cases has alerted authorities who earlier sought to restore some comfort to the daily lives of millions. In the few weeks since restrictions have been gradually lifted, daily virus cases surged again over 1,000 in what authorities attribute to a lack of personal measures, like wearing masks, adhering to social distancing and personal hygiene. Experts urge caution and warn that Turkey may see a “second peak” in cases if people continue ignoring rules.

Health Minister Fahrettin Koca announced early Tuesday that Turkey has made it mandatory for people to wear face masks in public in five more provinces as part of measures to curb the spread of COVID-19.

Koca said on Twitter that wearing masks is mandatory in Diyarbakır, Erzurum, Kayseri, Rize and Şanlıurfa provinces. With new additions, the mask requirement has now been applied in 42 provinces.

The total number of coronavirus cases increased by 1,592 on Monday. The rise marked the fifth day in a row the country has reported an increase in daily new infections.

The daily death toll increased to 18 as well, compared with 15 on Sunday, to reach a total nationwide toll of 4,825. Meanwhile, 722 patients were reportedly in critical condition, with 291 of them intubated.

“Compared to yesterday, our numbers of new infections rose by 30, while numbers of critical and intubated patients increased by five and one respectively. The increases are concentrating in specific areas," Koca wrote on Twitter on Monday.

"Complacency or fighting? We can stop further increases by practicing social distancing and wearing a mask. We have the power,” the minister wrote, in his latest warning to citizens to not get lax on following the rules to avoid spreading the virus.

Turkey’s number of daily new cases had been on a downward trend since April 21, with the health ministry reporting less than 1,000 daily figures for much of the last month. But for the last five days, Ankara has been reporting increasing numbers, with daily cases spiking as much as 22% in a single day.

The health minister has repeatedly warned that the normalization process would not mean citizens could go back to living as they did before the outbreak, not unless a vaccine or a drug for the virus was developed. Koca has been issuing repeated warnings to citizens to wear a mask and practice social distancing in what he called the "controlled social life" period. But it seemed the minister’s warnings have fallen on deaf ears as media outlets and social media were awash with scenes of people mingling freely since the lifting of restrictions, most of the time not wearing masks and not paying attention to social-distancing rules.

Experts at Turkey’s Coronavirus Science Board have said while it was still too early to officially call it a second wave, they still called it an alarming and potentially dangerous development in the country’s fight against the outbreak.

Speaking to Demirören News Agency (DHA) on Tuesday, professor Seçil Özkan, a member of Coronavirus Science Board, said Turkey could see cases peak again if people do not comply with measures. “It will happen if you think you are safe and ignore the rules, if you think of hosting a wedding party without wearing masks and without social distancing, if you think of hosting a party in your house,” she said, referring to common sources of new cases.

“We had the outbreak under control and had fewer deaths but overall, the public failed to act like this is a new era and not a return to the times before the pandemic. We see clusters of cases in some cities, especially in places where crowded parties and gatherings are held. There should not be a crowd of more than 10 people in one, small space,” she warned. Özkan said the board may be forced to impose new restrictions.

“I understand that people are tired of wearing masks or staying at home, but we have nothing to fear as long as we take these measures. The state works to comfort the public, but each individual has the responsibility to take their own measures,” she said.

Animal testing to see the impact of a molecule which is expected to stop or reduce infections of the coronavirus began in Turkey on Tuesday. Minister of Industry and Technology Mustafa Varank announced that a laboratory at Ankara University in the eponymous Turkish capital launched tests for griffithsin, or GRFT, molecule.

The laboratory at the Biotechnology Institute of the university is among several across Turkey working on vaccines and drugs against the deadly COVID-19 disease. Professor Aykut Özkul leads a team of researchers working on the molecule. The results of animal testing will be available within one month.

Visiting the laboratory, Varank said his ministry and the Scientific and Technological Research Council of Turkey (TÜBİTAK) set up a platform to study the pandemic, and drugs and vaccines to fight the virus and so far has endorsed 17 projects. “Our scientists study whether griffithsin will prove beneficial against COVID-19 and the next stage in the study will be clinical trials,” he said.

Özkul said they will now see how the virus spreads to organs in animals and whether the molecule can stop it. “GRFT is a natural molecule and it is known that it stopped infection of a diverse array of viruses so far. If it succeeds against the novel coronavirus, it will help us to develop something that can stop the virus or prevent it from spreading. Our team works on modifying the molecule’s structure so that it can be installed into cells,” he said.

Scientists from three universities in Ankara have managed to isolate the virus and run a genome analysis.