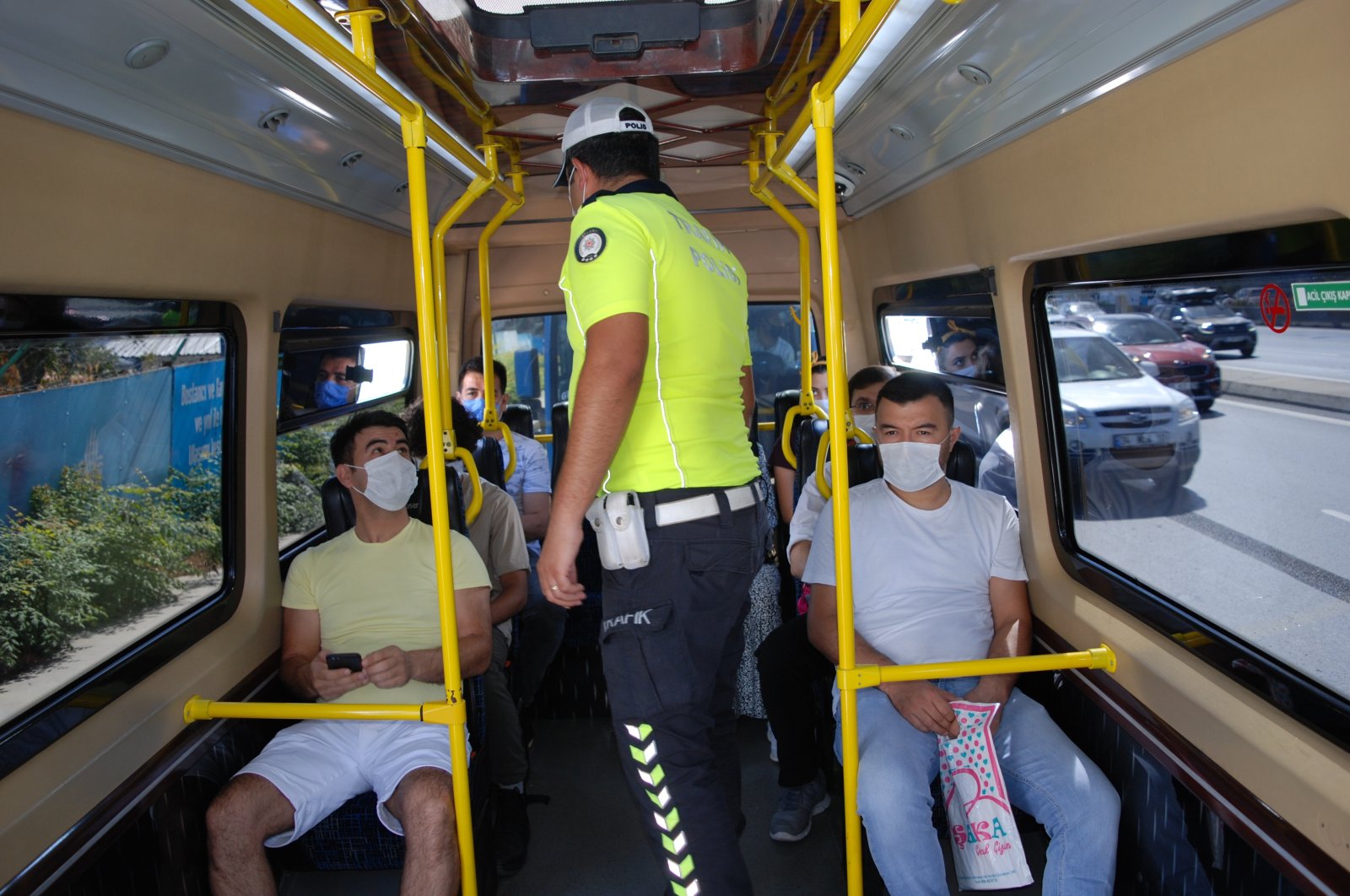 The sight of overpacked buses has prompted authorities to enforce a new ban on standing passengers to stem the spread of the coronavirus, as Turkey strives to balance restrictions with the resumption of daily life

Despite an emphasis on the word “controlled” in the phrase “controlled social life,” in reference to the self-imposed caution required during the careful easing of coronavirus restrictions, Turkey has seen what authorities are calling “the second peak of the first wave” in its COVID-19 outbreak. Crowded areas teeming with citizens showing scant regard for social distancing have been put under the spotlight. In response, already having introduced restrictions on weddings and social events, Turkey has now banned passengers from standing up on mass transit.

Transportation in big cities remains a concern, as thousands of commuters depend on it given the reopening of businesses in June. President Recep Tayyip Erdoğan Monday evening announced that they would no longer allow passengers to stand on public transportation across the country. Other coronavirus-related restrictions may be reapplied in provinces with a higher number of cases, he added, following a four-hour Cabinet meeting at the Presidential Complex in the capital Ankara. Restaurants and cafes will also be subject to stricter inspections, he said.

The Interior Ministry's new instructions announced on Tuesday allow only rail systems like metro and metro buses to admit standing passengers but in a limited capacity, to be decided by the pandemic boards in each province. The number of passengers admitted to buses and minibusses must allow for social distancing under the new rules.

On Tuesday, authorities increased inspections on buses and minibuses, issuing fines to drivers allowing passengers to stand where seating capacity has been reached. In Turkey’s most populated city, Istanbul – which long saw the highest number of cases in the country – minibuses are the only option for some commuters, especially on shorter journeys and along routes where buses operate less frequently. Before the pandemic, minibuses could most often be seen brimming with passengers, sometimes holding onto each other in order not to fall out the door. A series of curfews and restrictions initially made such scenes a thing of the past, but as Turkey gradually started introducing the normalization process, overcrowded minibuses made a comeback. Police squads have been active in fining drivers, yet violations continue to occur, occasionally leading to police pursuits. Commuters say a lack of buses is the reason behind overcrowding on mass transit and urge authorities to increase the number of those available in line with this issue.

Turkey on Monday recorded 1,703 new COVID-19 cases and 57 deaths. Data released by the Health Ministry showed that 1,118 patients in Turkey were in critical condition, while 1,047 people had recovered from the virus in the previous 24 hours. Nearly 104,000 COVID-19 tests were conducted across the country on Sunday and Monday. "Our city with the most daily illnesses is Ankara," Health Minister Fahrettin Koca wrote on Twitter Monday evening. "The number of patients in critical condition continues to rise," he added, reiterating that the outbreak will eventually be defeated if the public follows the measures together.

Professor Mustafa Necmi Ilhan, a member of Health Ministry’s Coronavirus Scientific Advisory Board, says restrictions may be imposed in the capital if the trend in daily caseloads continues upward. Speaking to Burak Erdem Çelik of the Sabah newspaper, Ilhan suggested a set of measures to reduce the number of customers restaurants and shopping malls could admit and the closure of parks. “We see some businesses neglecting social distancing rules (in Ankara),” he pointed out while reiterating calls for the public to commit to wearing masks. “Almost half of the public aren't wearing their masks properly. They either keep it below the chin or tie it to their arms. We also know that people returning from the Qurban Bayram (also known as Eid al-Adha) holiday last month have shown symptoms,” he added.

In a circular to the governorates of 81 provinces, the Interior Ministry said a lack of compliance with rules to prevent the pandemic, especially social distancing led the outbreak to spread and threaten public health.

Under new rules cited in the circular, all citizens will be obliged to wear masks in all spaces, from public spaces to streets, parks, picnic spots, vehicles of mass transportation, businesses, factories etc. and citizens’ residences were only exception for mask requirement. Masks are already mandatory in most places but this is the first blanket ban and the ministry says it “does not have any exception.”

Another novel measure is a ban on music broadcast in restaurants, cafes, hotels and similar venues after 00:00 o’clock. Those venues will not be allowed to hold live music sessions after midnight.

Masks have been a standard item of attire since the pandemic began in March, but experts warn people still use or dispose of them improperly. Professor Pınar Çıragil, a microbiology expert based in Istanbul, says masks are a necessity for everyone, including those not infected. “People should wash their hands with soap for 20 seconds before touching a mask. They should not touch the front part while putting them on and should adjust the mask from its ear loops while wearing. If you touch the front part, you should wash your hands again. The mask should fully fit on your face and firmly cover your nose. While removing, you should grab it from ear loops and dispose of it by wrapping it in a tissue or a bag. Hands should be disinfected after removing the mask. If the mask becomes wet, if you cough or sneeze while wearing it, you should replace the mask with a new one,” she told Demirören News Agency (DHA) Tuesday. Çıragil said masks should be stored in a tightly sealed bag or wrapped in a tissue when removed briefly for eating or drinking. “You should never wrap it around your wrist or drop down to your chin,” she warned.