Member of Turkey's coronavirus board assures efficacy of CoronaVac 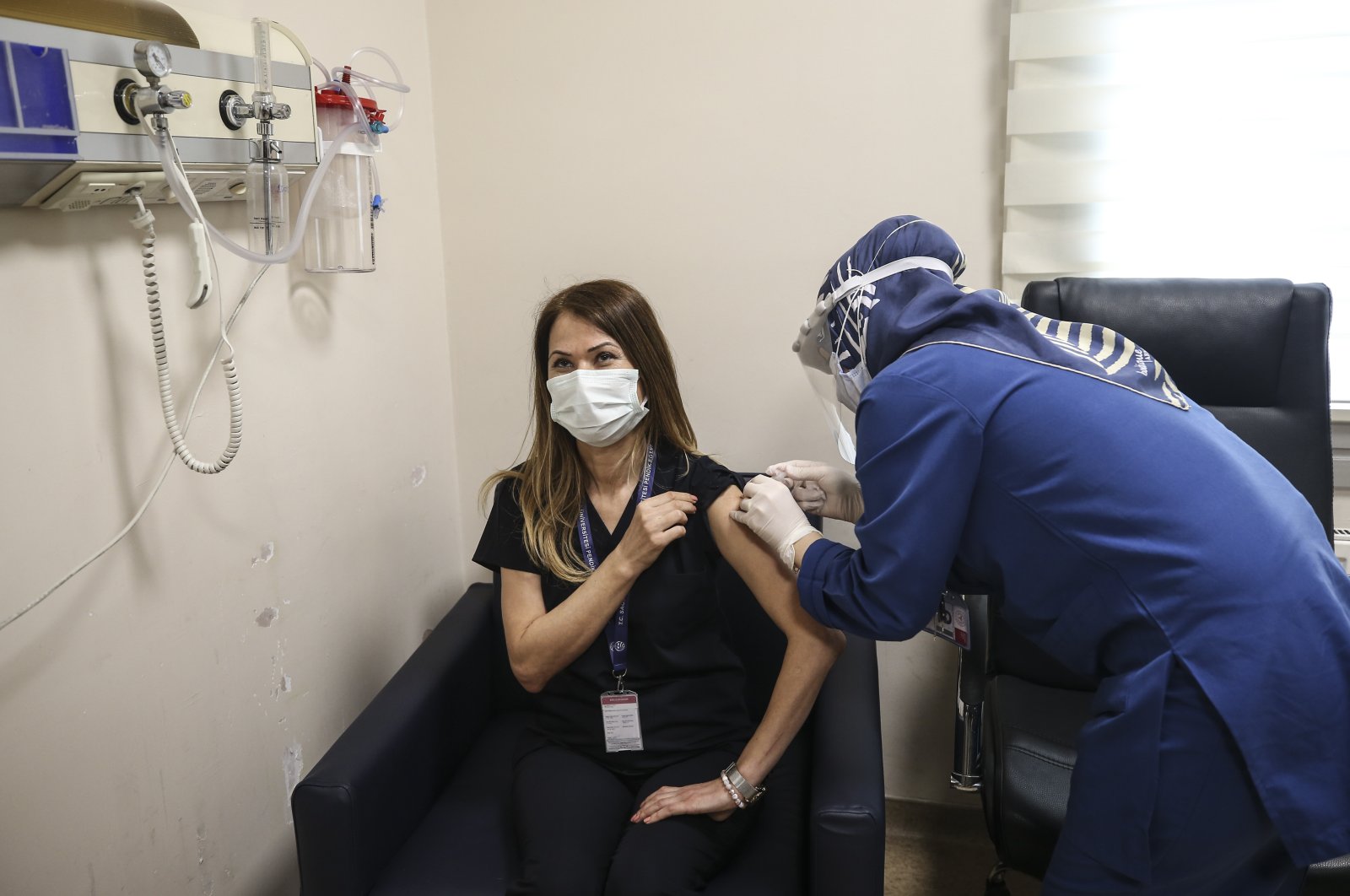 Amid a debate on the effectiveness of CoronaVac, which Turkey imported from China to combat COVID-19, a member of the country’s task force on the outbreak assures the public that the difference between countries regarding the vaccine’s efficacy is not unusual

The coronavirus vaccination drive started in Turkey on Thursday with health care workers getting jabs of the CoronaVac vaccine developed by China’s Sinovac. However, the trials of the vaccine in Brazil showed a much lower efficacy rate than the trial conducted in Turkey. Professor Serap Şimşek Yavuz, a member of the Health Ministry’s Coronavirus Scientific Advisory Board, said it is only natural that there was a difference in the efficacy rates and associated it with a number of factors, such as the profile of those who attended the trials in Brazil and Turkey.

The country gave emergency use approval to the vaccine before beginning the mass inoculation with 3 million doses of the vaccine shipped from China two weeks ago. The studies carried out in Turkey found the vaccine’s efficacy to be nearly 92%, unlike Brazil, which first reported a 78% efficacy rate before revising it to 50.4% this week after late-stage clinical trials. Indonesia, another country where trials were held and vaccination started, reported a rate of 65.3%.

Comparing data from Brazil and Turkey, Yavuz said phase 3 trials in Brazil included only health care workers, and their classification, in terms of age and the severity of the disease, were different than in Turkey. She told Demirören News Agency (DHA) Friday that this contributed to the vast difference between efficacy rates in the two countries.

“For instance, they reported efficacy against very mild cases. In trials here, the vaccine is tried on very mild, mild and critical cases. What matters here is the success rate against severe cases, against potential deaths. Under these circumstances, all vaccines that received emergency approval against the virus all across the world have efficacy rates above 90%,” she said.

A senior official of Sinovac defended the company's vaccine Thursday after the data from Brazil's trials was released. The overall efficacy rate in phase 3 trials in Brazil was low because the clinical trials were conducted on health workers at high risk of infection, the company's senior director, Yin Veydong, said at a news conference in Beijing, according to Bloomberg. Yin noted that participants in the clinical trials of vaccines that achieve high rates of effectiveness, such as the vaccine developed by BioNTech-Pfizer, are mostly ordinary citizens with a relatively low risk of infection. In the Brazilian trials, more than 12,000 health workers were vaccinated in two doses. COVID-19 was observed in 288 of the participants in the trial, of which 128 were given the actual vaccine formula and 160 were given a placebo.

According to a preliminary assessment report prepared for phase 3 clinical trials that were launched in Turkey on Sept. 14, only three of the 752 people who received the actual vaccine and 26 of the 570 people who received the placebo were infected with COVID-19. Two doses were administered to 1,322 volunteers in the trials. Six of the 26 cases of COVID-19 that received the placebo experienced a serious coronavirus infection that required hospitalization, while three cases who were vaccinated recovered from the disease with mild symptoms.

Sinovac's vaccine formula contains a virus component, a "neutralized" version of COVID-19. In this way, the vaccine aims to revive the body's natural defenses against the weakened virus, triggering an immune response.

Professor Yavuz said the higher rate of application for diagnosis among health care workers at risk of infection led to the easy diagnosis of volunteers in trials who were sometimes asymptomatic or had very mild cases.

“The profile of volunteers in Turkey was very different. Ours included people between the ages of 18 and 59 and those who are not health care workers,” she pointed out. “In trials in Turkey, those who had genuine symptoms were also included."

Still, it is early to assess all the data. “The Oxford vaccine trials also showed a difference between the United Kingdom and Brazil. (The efficacy rate) was 90% in the United Kingdom and 64% in Brazil. U.K. trials here differed, as the first dose was a half dose and the second one was a full dose, unlike in Brazil. This might have contributed to the change in efficacy but it is still difficult to interpret the results fully,” she said.

Turkey has so far vaccinated more than 500,000 people in the first two days of its nationwide rollout of COVID-19 shots, according to Health Ministry data released Friday.

Professor Ateş Kara, another member of the Coronavirus Scientific Advisory Board, said those inoculated may need another vaccine in seven to eight months if the outbreak lingers. Kara, who had his first shot Thursday along with other members of the board, said the rate of vaccination would vary based on trends in the pandemic. “If it mutates like the flu, a vaccine will be needed at least once a year,” he told DHA on Friday.

“Some diseases block the desired cellular response instigated by the vaccine, so repeated doses may be needed. In plain terms, it takes the human body different periods of time to develop immunity against diseases,” he said.