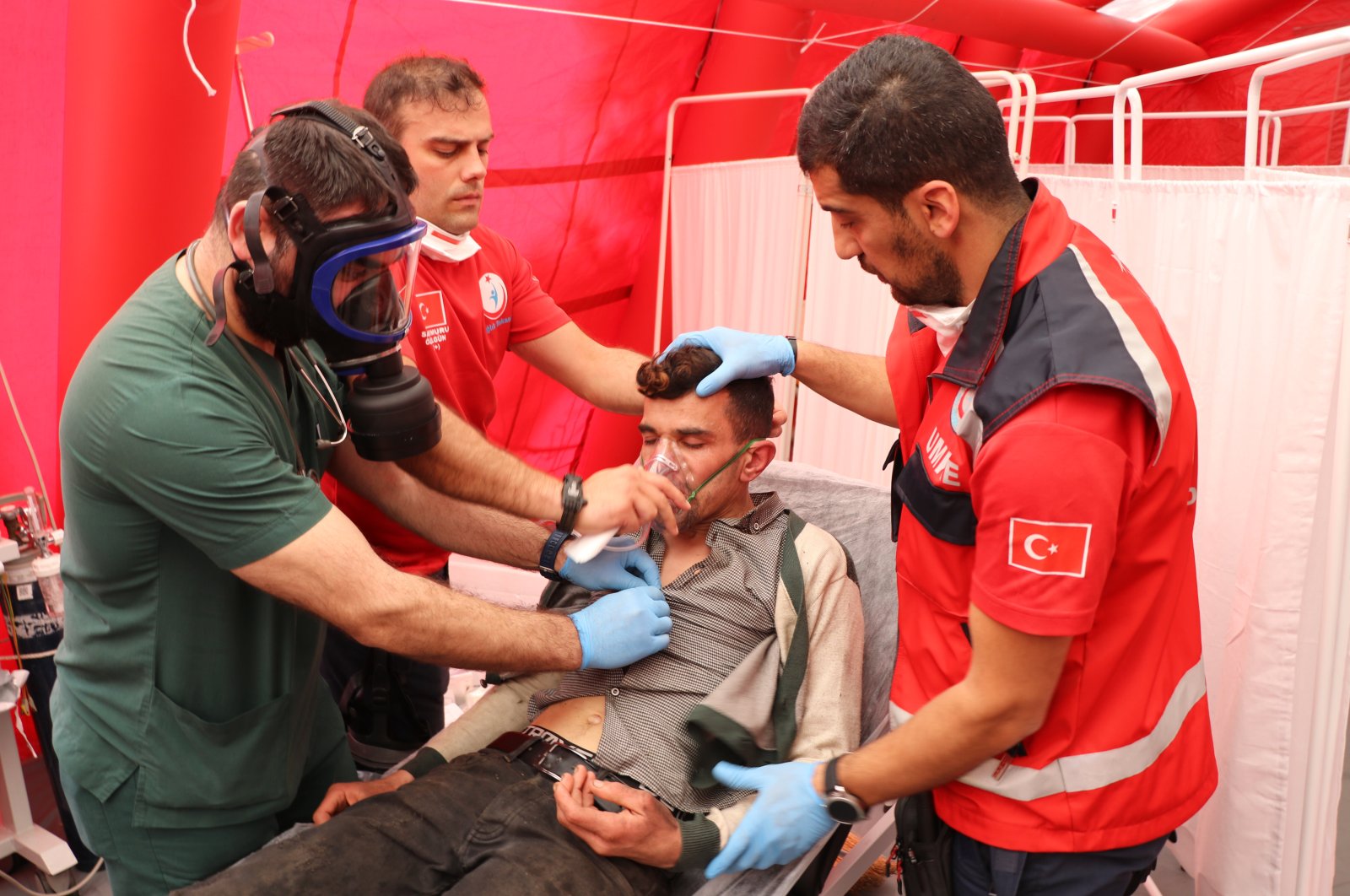 Around 2,306 migrants and refugees who were injured in a violent intervention by Greek border forces received medical treatment in field hospitals in the Turkish border city of Edirne, officials with the Edirne Health Directorate said.

Thousands of refugees, asylum-seekers and other migrants have been attempting to cross by land and sea from Turkey to Greece to make their way to other parts of Europe since Turkey relaxed controls at its European borders. Greek border forces have responded by shooting live ammunition and plastic bullets and unleashing tear gas and water cannons on them to repel the crossing attempts.

According to Edirne Health Director Ali Kalkan Turkish ambulances worked as polyclinics in the initial days of the intervention. Those injured were examined and treated at the makeshift clinics.

Kalkan said 2,306 asylum-seekers, refugees and migrants received medical treatment in the hospitals and field hospitals in the city. "After recent intervention with firearms, plastic bullets, tear gas and water cannon, 186 people were injured," he said. "Fourteen of them underwent medical treatment at the hospital. A young refugee who was waiting in front of the border gate has first- and second-degree burn injuries on his body and face as a result of hot water poured by Greek soldiers.”

The decision to open the border came after 34 Turkish soldiers were killed by Syrian regime forces in Idlib province in northwestern Syria last month. The Turkish soldiers were stationed there to protect local civilians under a 2018 deal with Russia which prohibits acts of aggression in the region.