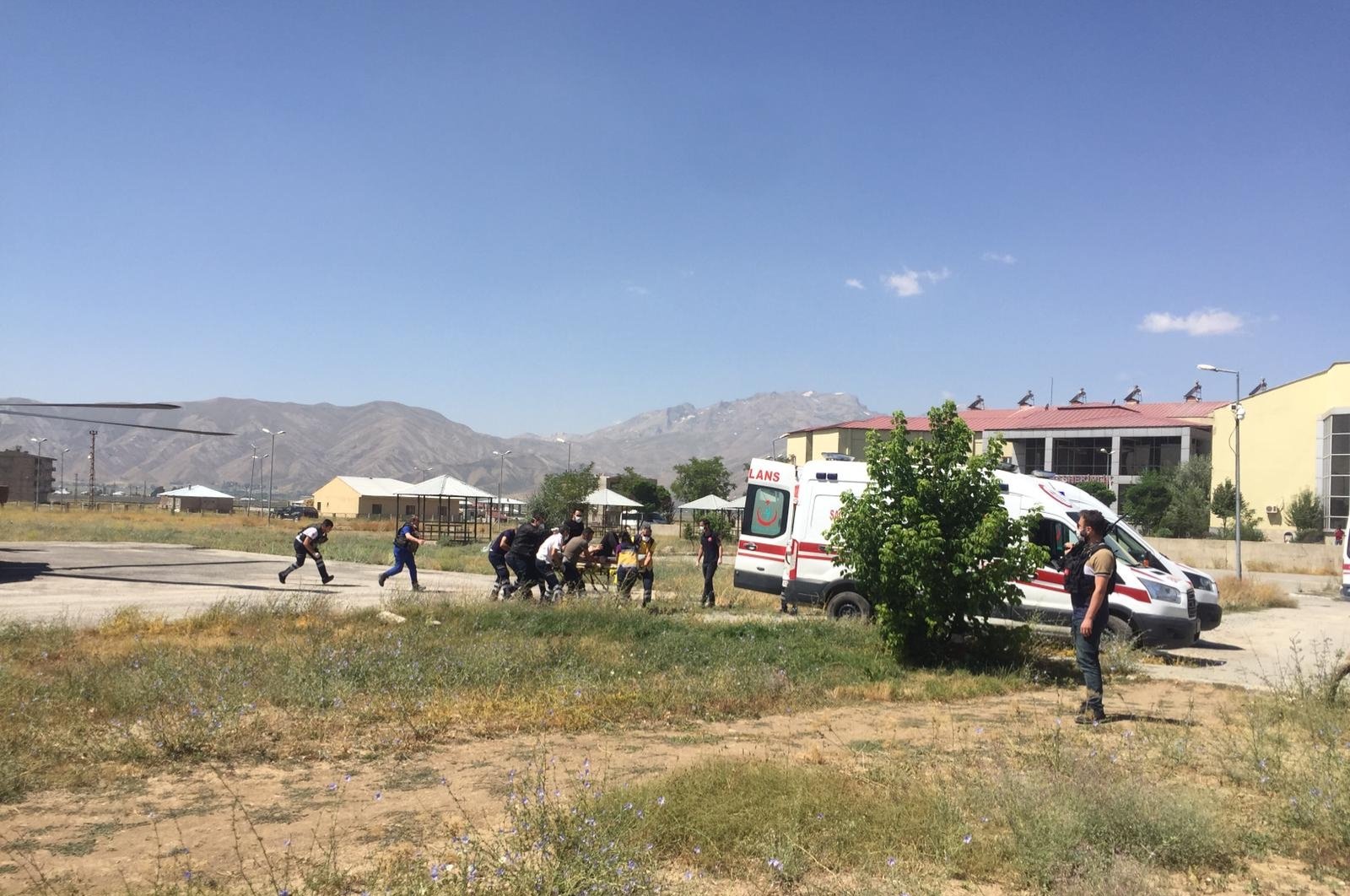 A person injured in a minibus accident is carried to an ambulance in Hakkari province's Yüksekova district, southeastern Turkey, Aug. 3, 2020. (DHA Photo)
by Daily Sabah with DHA Aug 03, 2020 11:14 am

Six people were killed when a minibus plunged into a cliff in the southeastern Turkish province of Hakkari Monday.

The minibus was heading to Cilo-Sat Mountain in the province’s Yüksekova district when its brakes failed. The victims included personnel from the local National Education Directorate.

Media outlets reported that they were traveling for a picnic in the region.

According to media reports, one person was injured in the accident. A helicopter was dispatched to the area, which is located at an altitude of 3,200 meters (10,499 feet), to carry the injured to a hospital in central Yüksekova. An investigation into the incident is underway.