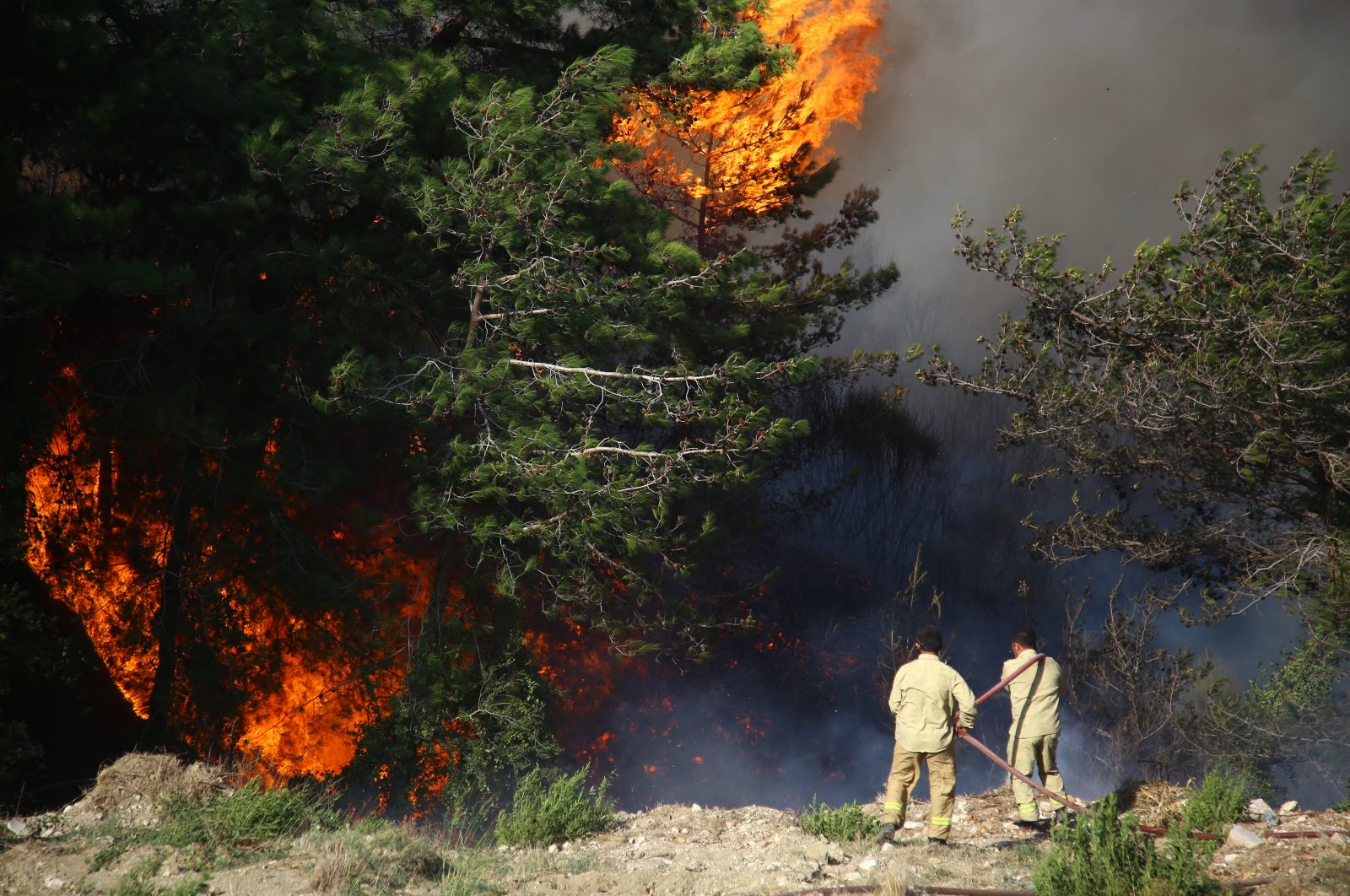 Not even a square meter of forests that burned in southern Turkey's of Hatay last week will be used for another purpose, Minister of Agriculture and Forestry Bekir Pakdemirli pledged Tuesday.

He said the areas burned on Oct. 9 and Sept. 5 in the province’s Samandağ and Belen districts would be filled with trees soon and nearly 5 million saplings would be planted in Hatay.

Pakdemirli also called on the public to contribute to the latest edition of a mass plantation campaign scheduled for Nov. 11.

The "Breathe into Future" campaign was launched by the government last year to motivate the public to plant trees against desertification and climate change.

The minister, in a written statement, said the nation was grief-stricken after the fires in Hatay destroyed thousands of trees and wildlife.

The fire, which broke out in the Belen district, spread to other districts in the province near Turkey's border with Syria before it was put out after almost two days.

Four suspected arsonists have been detained over the fire. Two were later released. The other two suspects were remanded in custody Tuesday upon orders of the Chief Prosecutor's Office in Iskenderun, one of the districts affected by the fire.

The so-called "Children of Fire," a group linked to the PKK terrorist group, claimed responsibility for the blaze.