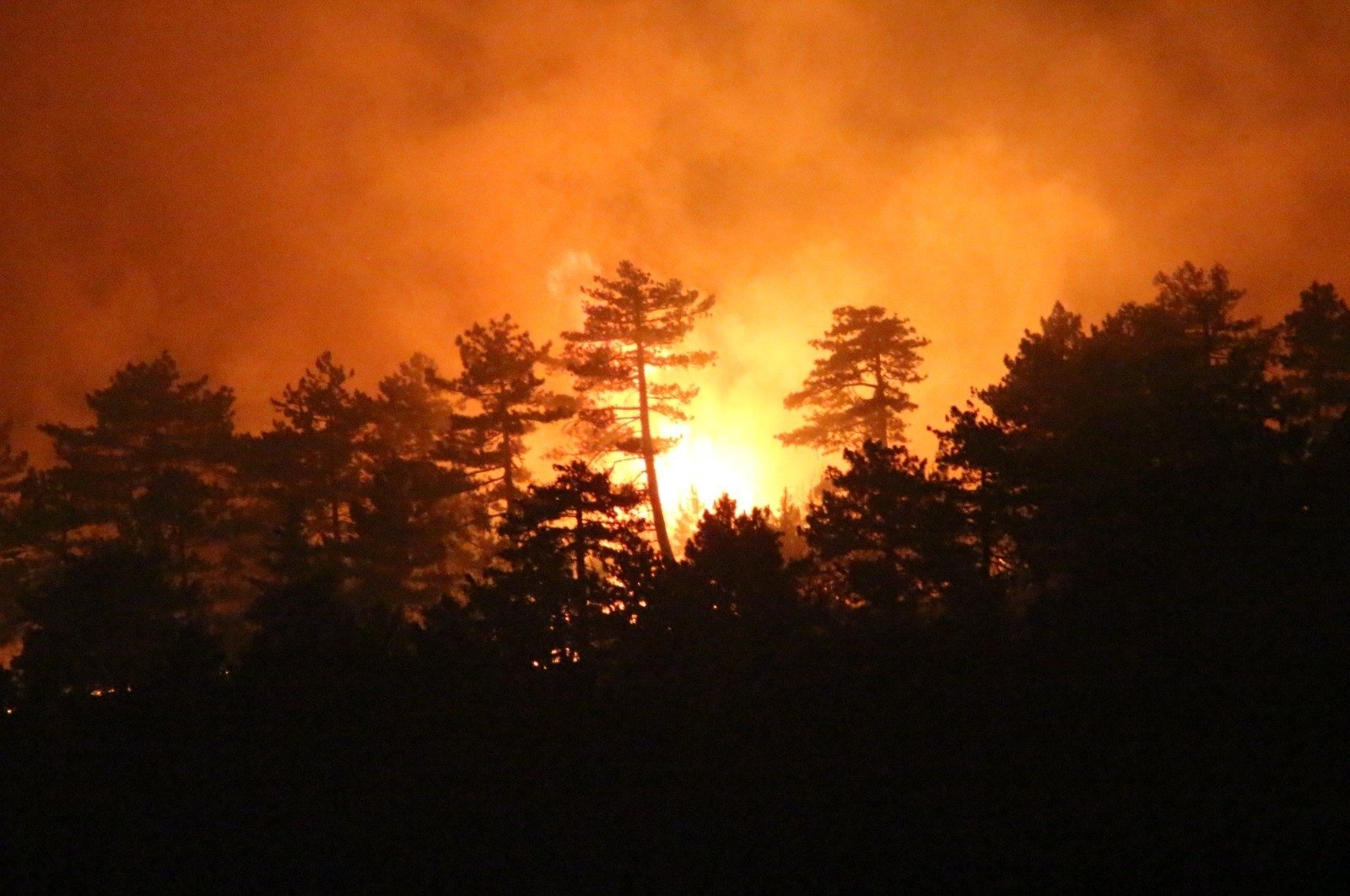 Agriculture and Forestry Minister Bekir Pakdemirli urged citizens living in rural areas to be aware of potential forest fires as numerous wildfires were reported across the country amid a heat wave.

Pakdemirli’s warning came as he spoke about a wildfire that erupted in the western province of Denizli that either destroyed or damaged an estimated 200 hectares (around 490 acres) of forested area.

The fire in Denizli began in the province's Çardak district Thursday, and firefighters were still trying to cool off the area after the flames were extinguished. An investigation is underway to determine the cause of the fire. Two other fires also broke out in the central Çorum and northern Sinop provinces.

The minister said weather conditions aggravated fires and complicated extinguishing efforts. “It is so hot and dry, forests are like gunpowder now,” Pakdemirli said. He warned the public to be “more careful” in the next 15 days due to high temperatures. “Do not visit the forests if possible and never set a fire (for camping). The majority of fires originate from human factors,” he said.