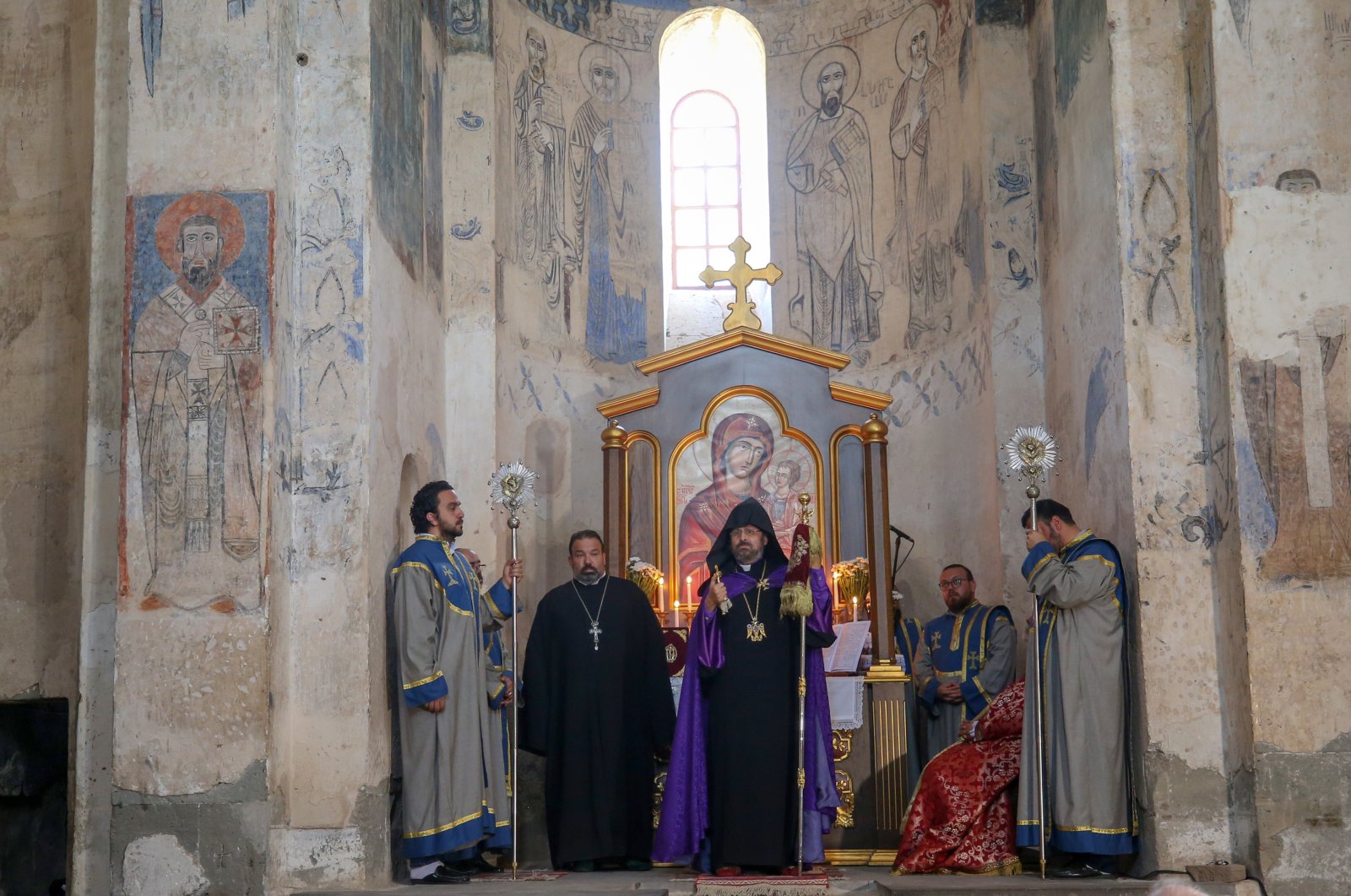 The annual religious service that brings together the faithful from around the world at the church on Akdamar Island in Turkey’s eastern province of Van was held Sunday with a small mass of 25 people this year due to the coronavirus outbreak.

The mass held at the Armenian church was attended mostly by visitors from Istanbul, where the majority of Turkey’s Armenian population lives. Armenian Orthodox Patriarch Sahak Maşalyan, High Priest Tatul Anuşyan, Father Şirvan Mürzyan and Father Krikor Damatyan were present at the service.

Speaking to reporters before the prayers, Anuşyan said the Armenian faithful arrive at Van province every year to attend the annual service, adding that Akdamar Church was important not only for Armenians but the whole world.

“This church is a wonder of this land. It’s a cultural heritage for the world. We are proud to be at such an important place. We hold a special service every year with the help of the government,” he said.

Van Mayor Mehmet Emin Bilmez and other high-ranking government officials also arrived on the island the church sits on but watched the service from a tent set up nearby instead to avoid crowding the area.

The Armenian church, also known as the Cathedral of the Holy Cross, Aghtamar and Surp Haç, was built between 915 and 921 by architect Bishop Manuel under the sponsorship of Gagik I Artsruni of the Kingdom of Vaspurakan. After the 1915 incidents during World War I when the Armenian community in the area was relocated, the church was abandoned. The building's restoration began in 2005 and opened as a museum two years later. The church is open to visitors as a museum, while the Armenian Orthodox community is allowed to hold an annual religious service.