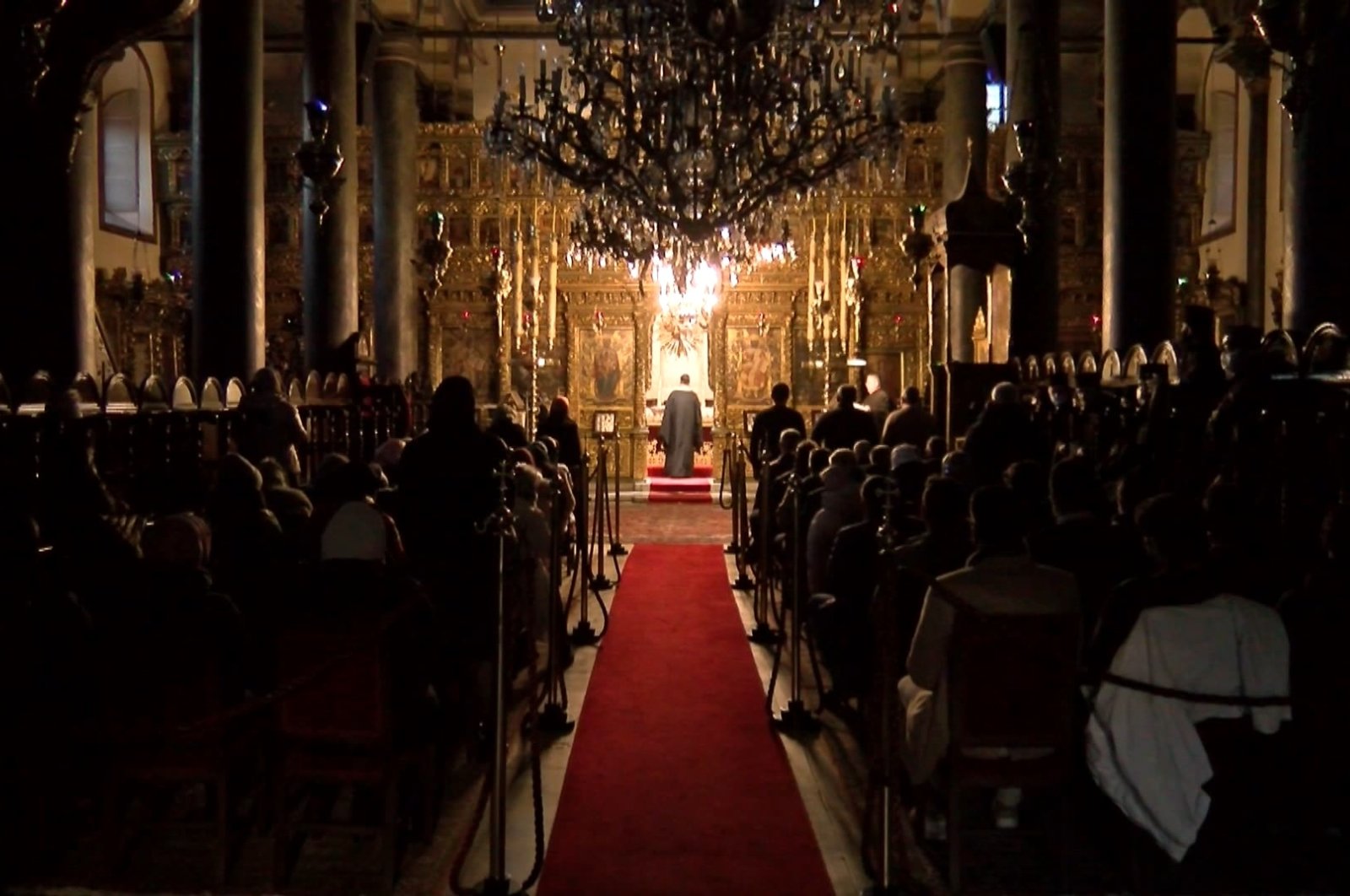 The Christian community in Turkey attended services at churches across the country on Friday and Saturday to celebrate Christmas, highlighting wishes of peace for the world in their prayers.

Patriarch Bartholomew I, the leader of much of the Orthodox world, was unable to lead the service due to being quarantined for COVID-19, so it was led by the Kadıköy Greek Orthodox Metropolitan Bishop Emmanuel Adamakis.

Bartholomew I is regarded primus inter pares (first among equals) of Orthodox churches across the world – including Greek, Russian, Serbian and Romanian – that appeal to 300 million around the world. The patriarchate has a small congregation in Istanbul but many of its followers live abroad, mainly in the U.S.

Saying prayers and singing Christmas carols, attendees also lit candles as part of the service. Many people from Greece and European countries were in attendance, Demirören News Agency (DHA) reported.

In the southern Mersin province, the Latin Italian Catholic Church highlighted messages of peace, unity and tolerance in the service.

In a ceremony at Iskenderun Orthodox Church in a city once known as Little Alexandria, Padre Dimitri Yıldırım wished all those who celebrate a merry Christmas.

"I hope Christmas brings peace, abundance, fellowship, and happiness, especially to Turkey and our nation," he said.

Fatih Tosyalı, the mayor of Iskenderun, and other local leaders also attended the Christmas Eve service.

Another Christmas service, led by Pontiff Jan Deluller of Antakya Orthodox Church and Dimitri Dogum was held in Antakya, a city known as Antioch around the time Jesus was born.

Speaking to the press after, Fadi Hurigil, head of the Antakya Orthodox Church Foundation, also said he wished Christmas would bring peace, tranquility and happiness to the whole world.

Following the service, there was a fireworks display in the churchyard.

Gift baskets prepared by the local Hatay Municipality were distributed to those who attended the ceremony.

Turkey, home to a mixed Christian community of Orthodox, Catholic and Protestant faithful who trace their roots to before the centuries-old Ottoman rule, is also regarded as the birthplace of St. Nicholas, a bishop recognized as a saint in the Orthodox world whose charitable ways inspired the modern-day image of Santa Claus.

Although non-Christian citizens of Turkey do not celebrate the religious aspect of Christmas, predominantly Muslim Turkey mixes Christmas images with New Year celebrations, be it by decking out the streets with festive lights to putting up Christmas trees and hosting dinners where turkey is the main dish.

In Western Christianity, Christmas Day is celebrated on Dec. 25, but due to a calendar difference, many Orthodox churches mark Christmas on Jan. 7.