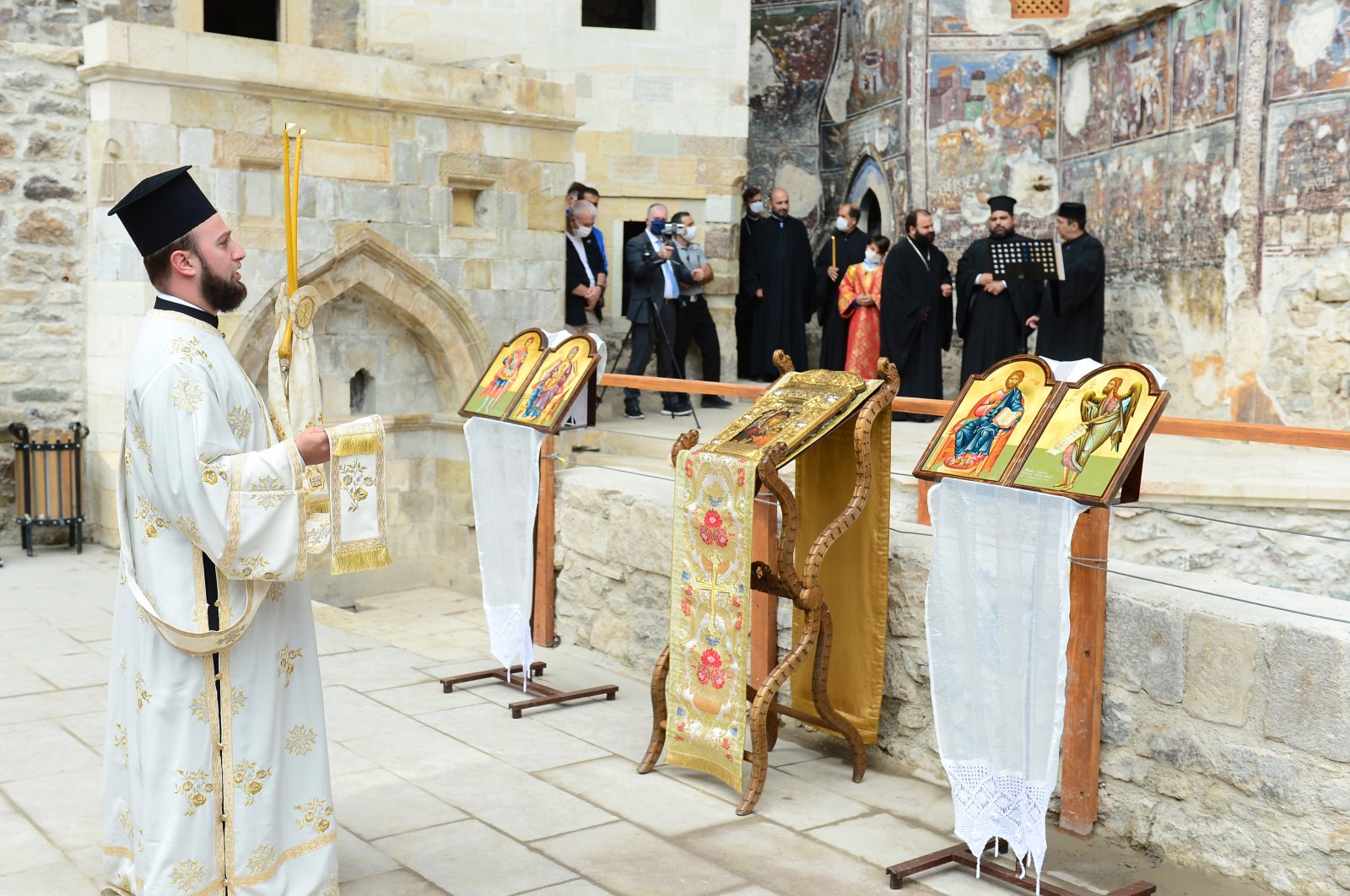 Dozens of worshippers attended a mass celebrating the Assumption of Mary for the seventh time since the resumption of religious services at the Sümela Monastery on Saturday.

Nestled within a steep cliff at an altitude of about 1,200 meters (3,900 ft), the monastery looks out across the stunning Altindere valley, near the coast of the Black Sea province of Trabzon, and has a history going back to 385 A.D.

After an 88-year hiatus, the monastery was reopened by the Culture and Tourism Ministry in 2010, to allow for Christian Orthodox services to be held once a year. However, the mass could not be held for the past five years due to ongoing restoration works.

The Sümela Monastery is a site of unique historical and cultural significance and a major tourist attraction included on UNESCO's temporary list of World Heritage sites in 2000.

Restoration and environmental work on the monastery, which is dedicated to the Virgin Mary, was launched in February 2016. However, this was later halted due to adverse weather conditions along with measures implemented to combat the coronavirus outbreak. Restoration work was resumed in May.

Due to the risk of falling rocks at the site, carved into the Pontic Mountains over 1,600 years ago, the monastery was closed down to visitors in September 2015.

The first phase of environmental planning, as well as fortification efforts and geological and geotechnical research, were conducted on the surrounding rocks, with one part of the monastery, including its yard, opened to visits in May 2019.

After the completion of the second phase of restoration, 65% of the monastery was opened on July 28, 2020, in a ceremony attended by President Recep Tayyip Erdoğan via teleconference, and by Culture and Tourism Minister Mehmet Nuri Ersoy, who attended in person.