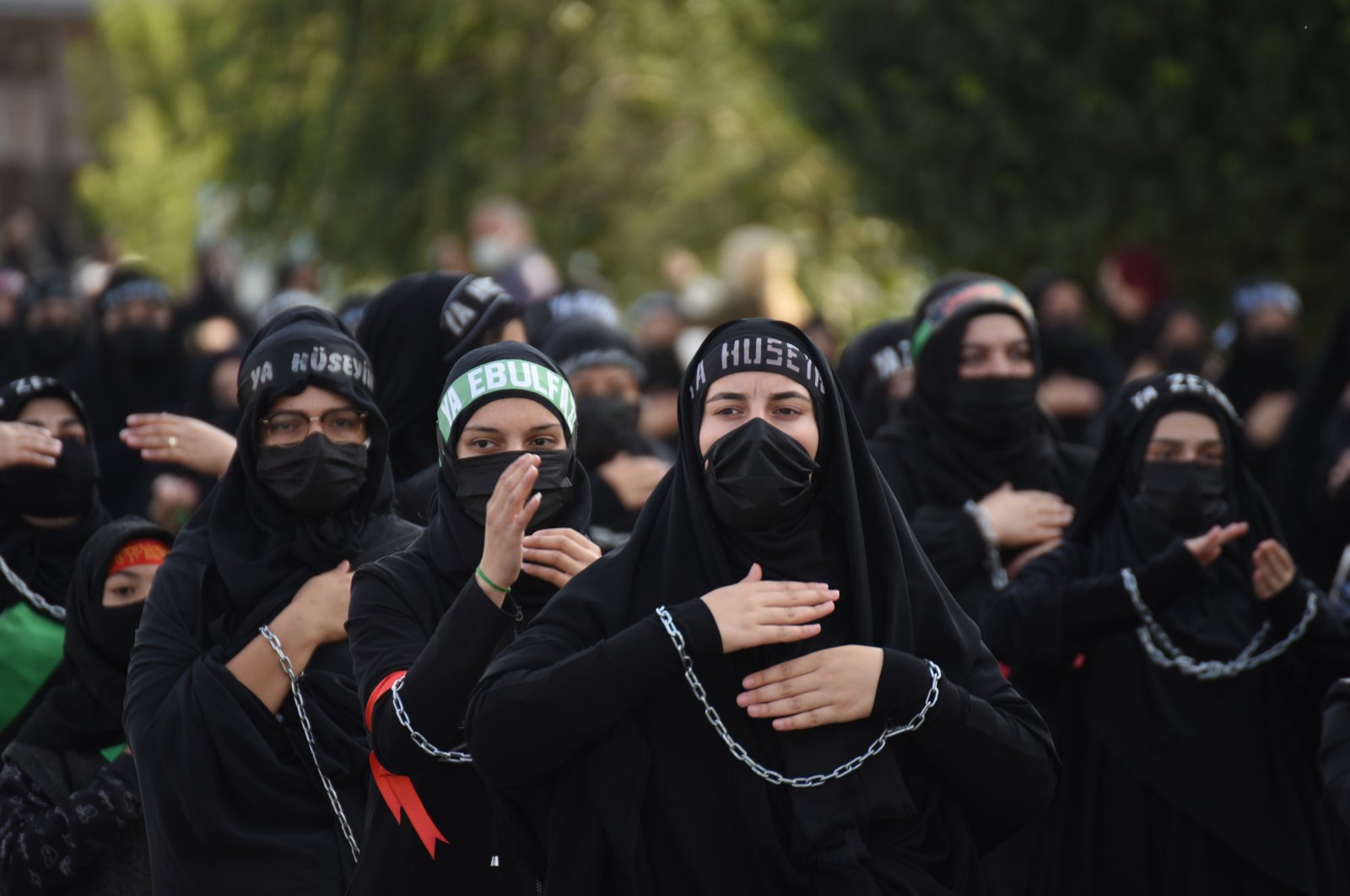 Ashura is an occasion that marks both salvation and remembrance for Muslims. For the Shiite Jafari community, the day is a time of grief, to mourn Imam Hussein, grandson of the Prophet Muhammad and a revered figure among the Shiites.

In Istanbul, Kars and Iğdır, three cities with a high population of Jafaris, thousands joined parades and commemoration programs for Hussein and his companions who were killed in a battle with Caliph Yazid in 680 A.D. in Karbala, a city located in modern-day Iraq.

Ashura literally means "10" and corresponds to the 10th day of Muharram, the first month of the Islamic lunar calendar, when Hussein and his companions were slain.

Every year, the Jafari community gathers to remember the "Karbala martyrs," and the ongoing COVID-19 pandemic proved no obstacle for the community. Although they strived to adhere to social distancing, mask rule against the virus was occasionally broken.

The events concentrated in Istanbul’s Halkalı neighborhood, home to a large community mostly made up of people who, decades ago, migrated from Kars and Iğdır. The community gathered for a daylong program both on the streets and at a large conference hall where odes and hymns dedicated to the martyrs were recited.

The community, who years ago abandoned the ritual of beating their backs and chests until it bled, instead opted for a blood donation drive through venues set up in the Halkalı neighborhood.

In Kars, large crowds gathered outside mosques in the early hours of Wednesday and marched on the streets during the event.

Mourners, dressed entirely in black as a symbol of grief, carried the Turkish flag and pictures depicting Ali, the father of Imam Hussein and the most revered figure for the Shiites, as well as pictures of Mustafa Kemal Atatürk, founder of the Republic of Turkey.

They uttered odes devoted to Hussein, beat their chests and flagellated themselves with chains. Women joined men, carrying replicas of Zulfiqar, a sword used by Ali. The procession ended with a mass prayer for the Karbala martyrs.