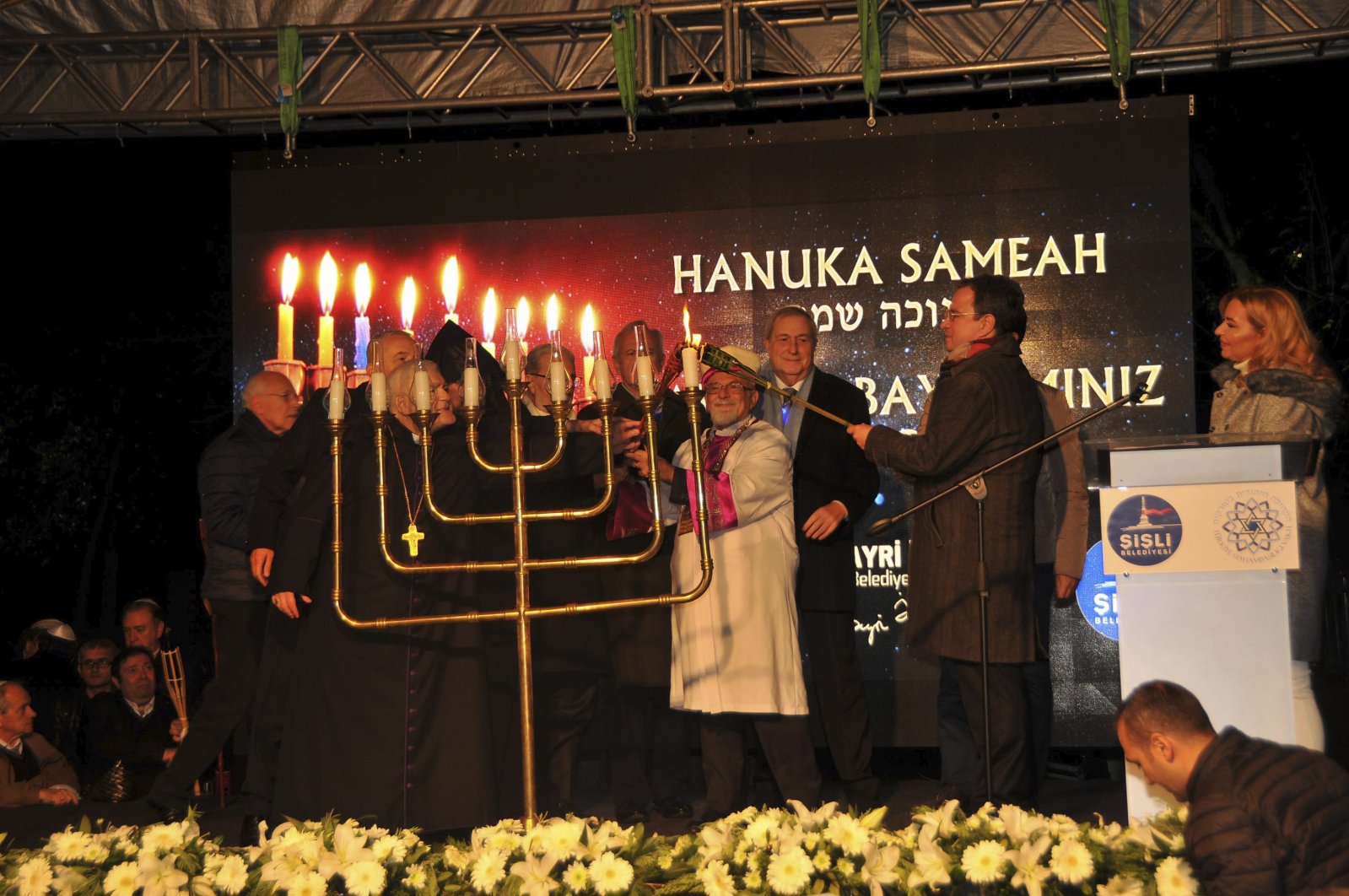 This year’s Hanukkah will be a muted occasion in Turkey due to the coronavirus outbreak and, in a break from tradition, the Jewish community has moved the family celebrations to mark the Festival of Lights online.

Outdoors celebrations, in which members of the community come together or visit families, will be out of the question as Turkey imposed a string of general restrictions to prevent COVID-19 infections, and authorities repeatedly urge the public to refrain from visiting each other at home.

Nisya Işman Allovi, director of the community’s Quincentennial Foundation Museum of Turkish Jews, told Anadolu Agency (AA) no in-person events would be held but they would use their Instagram account to reach out to the community. On Friday, a webinar will be held on the festival, and on Sunday, an online workshop for children on paper roll candle making will be available. On Tuesday, another workshop will be held online for the making of candles, which are a central part of Hanukkah.

President Recep Tayyip Erdoğan extended his best wishes to the community on the occasion of Hanukkah and highlighted the rising anti-Semitism the religion faces around the world in his message issued Thursday.

“I congratulate all Jews, especially our Jewish citizens who are an inseparable part of our society, on Hanukkah, and extend my best wishes for their well-being on this meaningful day when light prevailed over darkness,” the president said.

“As anti-Semitism, Islamophobia and xenophobia spread like a plague, Turkey will continue to set an example to the entire world with its vast culture of tolerance and its tradition which sees differences as richness,” the president also said in his message.

Hanukkah is celebrated by Jews worldwide for eight days and nights and falls on the 25th day of the Jewish month of Kislev, which coincides with late November to late December on the secular calendar. This year, it starts on Thursday evening and ends the evening of Dec. 18.

In Hebrew, Hanukkah means "dedication," as the holiday celebrates the rededication of the Temple of Jerusalem following the Jewish victory against the Seleucid monarchy in 165 B.C. Often called the Festival of Lights, the holiday is celebrated with the lighting of the menorah, traditional food, games and gifts.

“We regard it as highly important that everyone living in this country can practice their beliefs and traditions freely without any discrimination regardless of their religion, language or ethnic origin. In this spirit, we have been, for the past 18 years, taking steps, which broaden all our citizens’ areas of liberty and ensure especially the freedoms of belief, worship and conscience. We have introduced a climate in which no one is otherized due to their faith, appearance or worldview in our country and are determined to strengthen this climate,” the president said in his message.