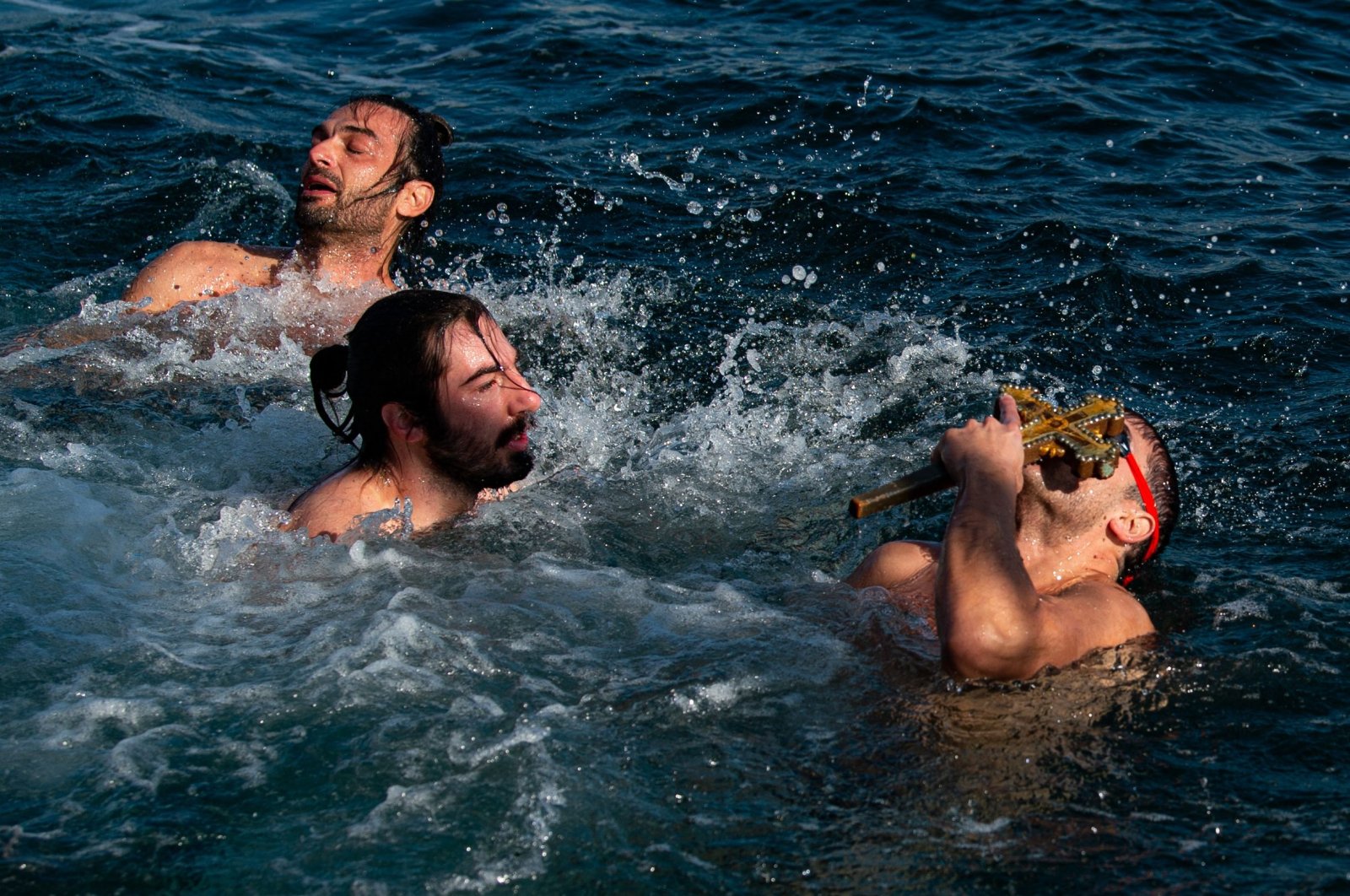 Epiphany was observed on Thursday in Turkey with the Orthodox community gathering for a cheered ritual: retrieving a wooden cross from sea. Amid measures against COVID-19, the faithful gathered on the shores of Istanbul, where a majority of the community lives.

Central location for celebrations was the coast of Golden Horn, where Patriarch Bartholomew I, spiritual leader for millions of Orthodox faithful in the world, presided the ceremony at Fener Greek Orthodox Patriarchate. It was the first time the patriarch attended a religious service after he recently recovered from a COVID-19 infection. A limited number of people were allowed inside Aya Yorgi (St. George) Church of the patriarchate for the service and only after they were inquired for their Life Fits Into Home (Hayat Eve Sığar – HES) codes, which checks their COVID-19 status, were examined.

Later, a crowd comprised of priests and the congregation walked to nearby Golden Horn shore. Prominent historian Ilber Ortaylı was among guests of the Epiphany services.

Under watchful eye of Maritime Police, 10 people among the crowd jumped into the sea. Galip Yavuz, a member of congregation who came second place in last year’s race, was the winner of this year’s race to find the wooden cross thrown into waters by the Patriarch. “I have been attending the ceremony for past five years and I am happy to catch the cross,” Yavuz told reporters, after he brought the object to the Patriarch waiting on the coast. The faithful jumped into sea in Kuzguncuk and Yeşilköy neighborhoods for simultaneous Epiphany ceremonies elsewhere in Istanbul, along with Büyükada, one of Princes’ Islands off the shore of Istanbul.

The religious holiday of Epiphany is also celebrated in some Western Christian churches as Three Kings Day, which marks the visit of the Magi, or the three wise men, to the baby Jesus, and closes the Christmas season.