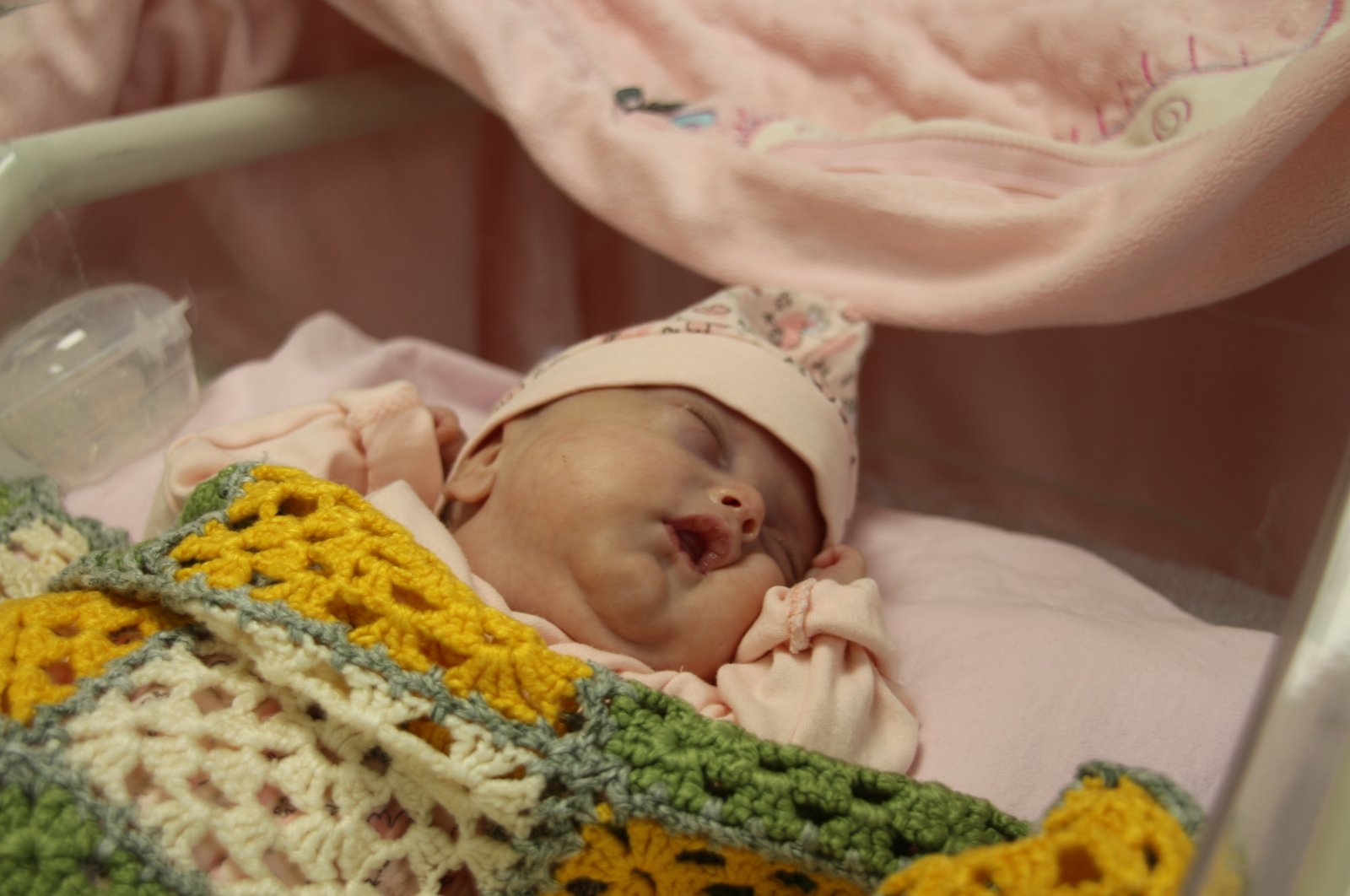 A miracle baby girl born weighing 520 grams (1.1 pounds) in the 23rd week of pregnancy in central Turkey finally gets to go home after 142 days of treatment.

Dilber Nisa Varış, the third child in the family, was born early by cesarean section in the central province of Konya. Emete Varış, 30, the mother of the miracle baby, who gave birth at Selçuk University Faculty of Medicine Hospital, finally experienced the happiness of holding her baby in her arms after the tiny girl spent five months in an incubator. The baby, who has since reached a weight of 1,800 grams, was discharged with the applause of the hospital staff and reunited with her two elder sisters and parents at home.

"My other kids were (born) normal. My pregnancy (this time) was problematic. We completed 23 weeks with treatment under constant medical supervision," Varış told Anadolu Agency (AA) on Friday.

Noting that doctors warned her during the pregnancy about the possible outcomes, Varış said she is very happy that her baby overcame the difficulties.

"Thank God we reached these days. We have been in a mother-baby adaptation program for three weeks. Before I was coming occasionally (to the hospital) and leaving breast milk for the baby," the mother said, adding that she still has some worries because the baby is still very small.

Hanifi Soylu, a pediatrics professor and head of the neonatal division at Selçuk University, emphasized that there are generally some health problems observed in premature babies, adding that the miracle baby also had problems related to nutrition and breathing. "We are sending the baby home healthy without any cranial bleeding and without being dependent on oxygen," he said.

Soylu noted, "Saving a life of a baby is like saving the whole of mankind."