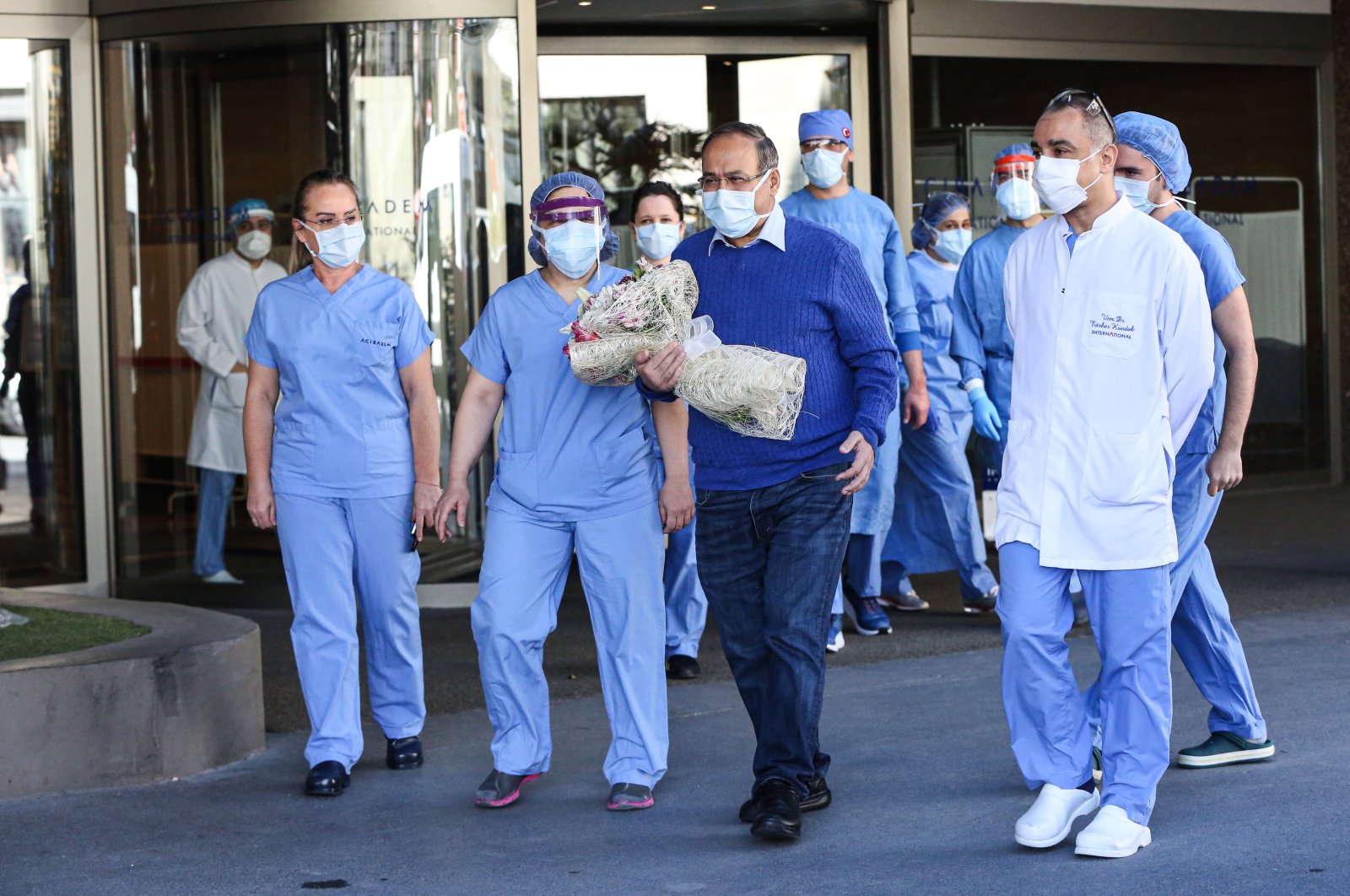 More than two months after the Health Ministry announced the country’s first coronavirus case, recoveries from COVID-19 now make up more than 70% of Turkey’s cases. Here are a few stories from those who contracted the virus and lived to tell the tale

"We have been in steady recovery since week five of the outbreak. Under current conditions, the pandemic is under control" were the words Health Minister Fahrettin Koca used as he declared the COVID-19 outbreak in Turkey under control on May 13.

It cost Turkey more than 4,000 deaths and the temporary loss of some freedoms, but the light had finally appeared at the end of the tunnel, a phrase used by many officials as they gave daily briefings and updates on the country's fight with the virus.

While the methods and the measures the government chose to halt to spread of the virus during the initial outbreak were debated by some, the success was undebatable.

Despite losing more than 4,000 citizens to the virus, Turkey indeed managed to keep its death toll significantly lower than several European countries and the U.S. With the number of recoveries now making up nearly 80% of Turkey's total COVID-19 cases, some of those survivors shared their experience of battling the deadly virus.

“We suddenly had high fevers. I couldn't understand. We suddenly fell ill one night. An ambulance came and took us to the hospital,” 80-year-old Sare Ulus, who tested positive for COVID-19 along with her 81-year-old husband in April, told Ihlas News Agency (IHA).

“God bless their souls, the staff at the hospital took really good care of us. Thankfully our condition did not worsen too much. I only had troubles for two nights. When we were first admitted, they separated us,” she said.

While not sure whether she or her husband got the virus first, Sare said she believes they got it during a trip they made from their hometown of Bolu to Istanbul.

Despite being in the high-risk age group, Sare and her husband survived unscathed. After a 15-day treatment, the senior couple was discharged from Izzet Baysal Hospital in Bolu and returned to their village in the outskirts of the province, where they spent the next weeks in their home as Ankara imposed a curfew for citizens aged 65 and above.

Talking about how helpless she felt during her time at the hospital, despite the best efforts of the medical team, the old woman said she had turned to her faith in her darkest moments to keep her mental resilience against the disease.

“We just couldn't do anything but pray for other patients. I prayed day and night,” she said.

Fireman Emrah Demir was on the watch on a quiet night when he suddenly felt a shiver. He then felt overcome with exhaustion. Unable to wait for his shift to end, Demir asked his supervisor if he could leave early and visited the Banaz Hospital in Uşak the next morning, where doctors decided to transfer him to a better-suited hospital after they suspected he had contracted the virus.

“I spent two nights at Uşak Research Hospital before my test came back positive. I spent the next seven days at the hospital and was then discharged when my follow-up tests turned negative. After spending two more weeks self-isolating at home, I returned to my work,” the 32-year-old fireman said.

Not certain how or from whom he contracted the virus, the fireman urged everyone to practice social distancing.

“Never underestimate any disease. Whenever someone dismisses a warning by saying 'I will be fine,' bad things happen to those people. Practice social distancing and avoid touching each other,” he said.

Saying he felt compelled to help other patients after suffering from the disease, Demir said he volunteered to be a plasma donor.

The Turkish Red Crescent has been extracting plasma compounds from the blood of COVID-19 survivors to use it as a complementary therapy to conventional treatment. The therapy tests whether giving infusions of survivors' antibody-rich plasma to COVID-19 patients who have been intubated in intensive care units and have begun to show alveolar damage or those having trouble breathing would boost their own body's defenses to help fight off the virus.

“I donated plasma twice and will donate again at the end of this month (May). To be hope for someone else is an inexplicable feeling," Demir said.

As a doctor specializing in infectious diseases, Ahmet Cem Özuğuz was no stranger to the dangers of coronavirus, even before the new strain made its way to Turkey. But the destructive power and the speed of the virus' spread managed to scare even those best prepared to fight it.

"The speed the virus multiplies inside the lungs is something out of a horror movie. I've treated countless pneumonia patients, but I haven't seen anything like it," the doctor told Anadolu Agency (AA) as he described his frightening battle with the virus.

"A virus moving so fast, it destroys and wipes out the lungs," Özuğuz said.

Being at the forefront of the fight, Özuğuz was among the earliest patients to contract the virus. One day, he went to the hospital where he worked for his daily rounds to treat patients infected with the virus.

That day he had a slight fever, so he had a blood test, which came back normal. He later had a lung examination, which did not indicate any problems, either.

Feeling anxious, Özuğuz had a CT scan for his lungs and saw abnormal findings in two areas of his lung. After his scan, he decided to stay at the hospital and asked to be tested for the virus.

"I was thinking I would stay at the hospital for four or five days, but in the end, I had to stay for 20 days, including almost a week that was tormenting due to the uncertainties about the disease and treatment," he said.

The doctor said he lost 12 kilograms (26.5 pounds) during his fight with the virus, and despite recovering, his liver and lungs showed signs of permanent damage.

"The simplest thing to do during this time is to stay at home to break the cycle of transmission," Özuğuz said.

The story of 107-year-old Havahan Karadeniz is probably the most peculiar one. If experts were to be believed, she had a very slim chance of surviving COVID-19 due to her old age, let alone making a full recovery, yet she did, against all odds.

Among the oldest people to survive the disease across the world, Karadeniz believed it was her strong immune system that kept her alive.

Despite her age, she does not suffer from heart disease, diabetes or any other chronic illnesses, and she had never had a surgery.

She still enjoys a hot cup of Turkish coffee every day, while many people half her age avoid caffeine due to heart or sleep problems.

"I didn't know I was infected," she said, recalling the day doctors wanted to admit her for hospital care after she got a fever and a cough.

Refusing at first, she remained sick at home until her oldest daughter insisted she go to the hospital.

"They brought me to the hospital and ran some tests. I asked them what was happening and told them I wanted to go home but the doctor refused and said I was sick and had to be treated. So I spent the next seven days at the hospital,” she said.

Thanking the doctors for their efforts, Karadeniz said she wants to forget the days she spent at the hospital. “I couldn't sleep at night. I can't tell those days, nights," she said.

Coming back home, where she lives with her children, the centenarian said while she is glad to be alive, her age has still taken a toll on her.

"I only go to the kitchen here, and I get tired. But I'm thankful that I can at least do that.”