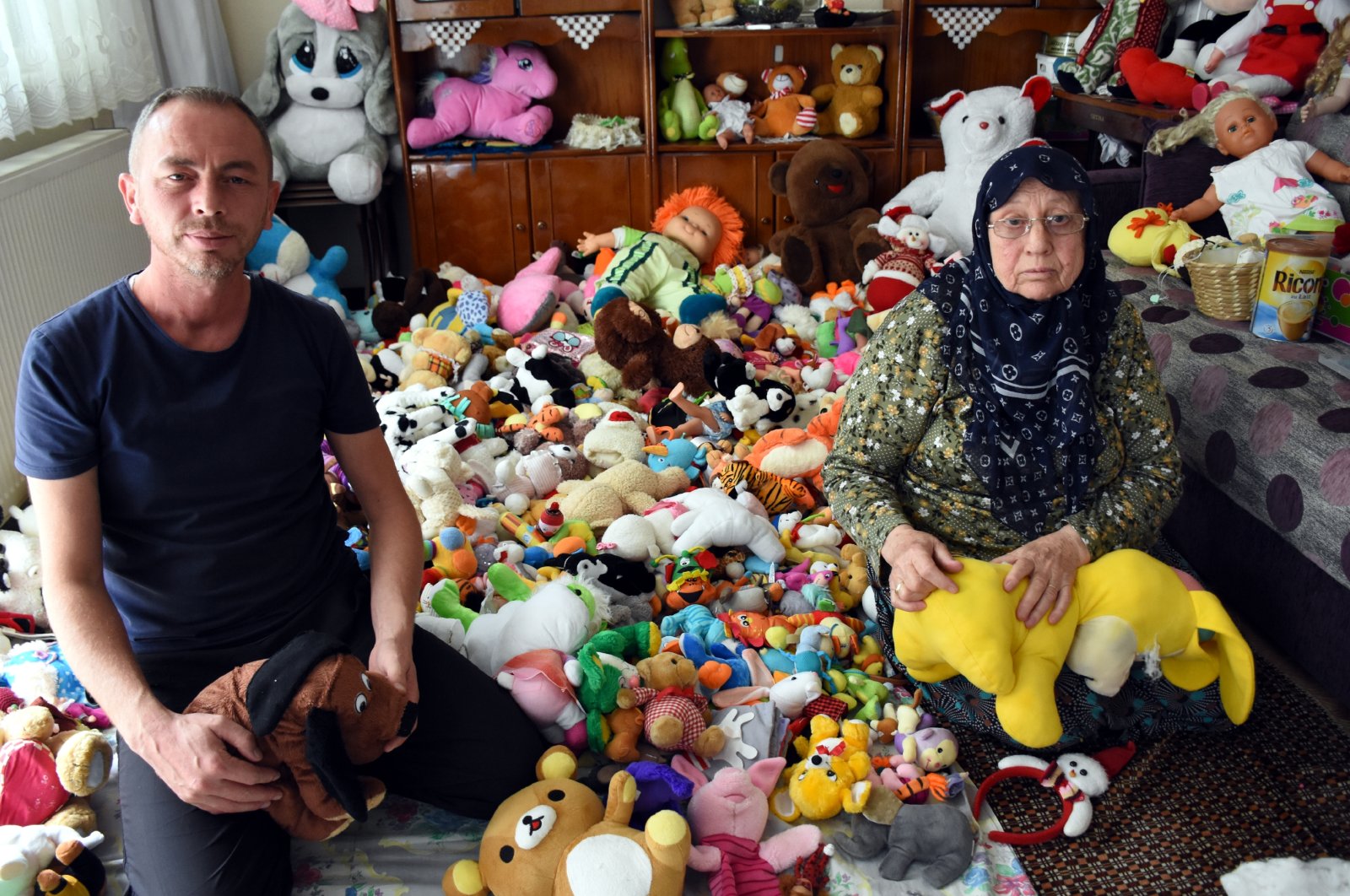 After he found a broken toy casually thrown in front of a garbage bin three years ago, Muammer Kavazoğlu’s life took a new turn. Always keen on social projects, the real estate agent decided to fix it to give it away to a child in need. His momentous idea turned into a social media scheme where people would send him old, broken toys for fixing and donating to orphaned children or children from poor families.

In three years, Kavazoğlu has reached more than 11,000 children with “ATMA” ("Don’t throw away"). It wouldn’t be possible, though, without the assistance of his mother. While he works on fixing electronic, plastic toys in one corner of the warehouse he rented, his 75-year-old mother Şükriye Kavazoğlu repairs stuffed toys and dolls in another corner.

Their campaign drew hundreds of clicks on social media, and people from all across the country as well as other countries started shipping old toys to the warehouse in Orhangazi, the family’s hometown in the northwestern province of Bursa.

“Now we are working for two charities that will deliver 600 toys we will fix to children in need. We want to reach out to as many as 1 million children,” Kavazoğlu told Anadolu Agency (AA) on Friday. The family is happy to be helpful to children but says they now need sponsors to cover their expenses. “Two companies paid the rent and the internet connection for one year but our contract ended. We now need a sponsor,” he said.

Still, Kavazoğlu is determined to continue fixing toys as long as he can, except for toy guns. “I don’t want children to play with these. If people send me toy guns, I use them as spare parts for fixing other toys,” he said.

Şükriye Kavazoğlu said their work is appreciated and many people call to thank them. “I can fix as many as six toys a day. I work very hard because making children happy keeps me happy as well,” she said.