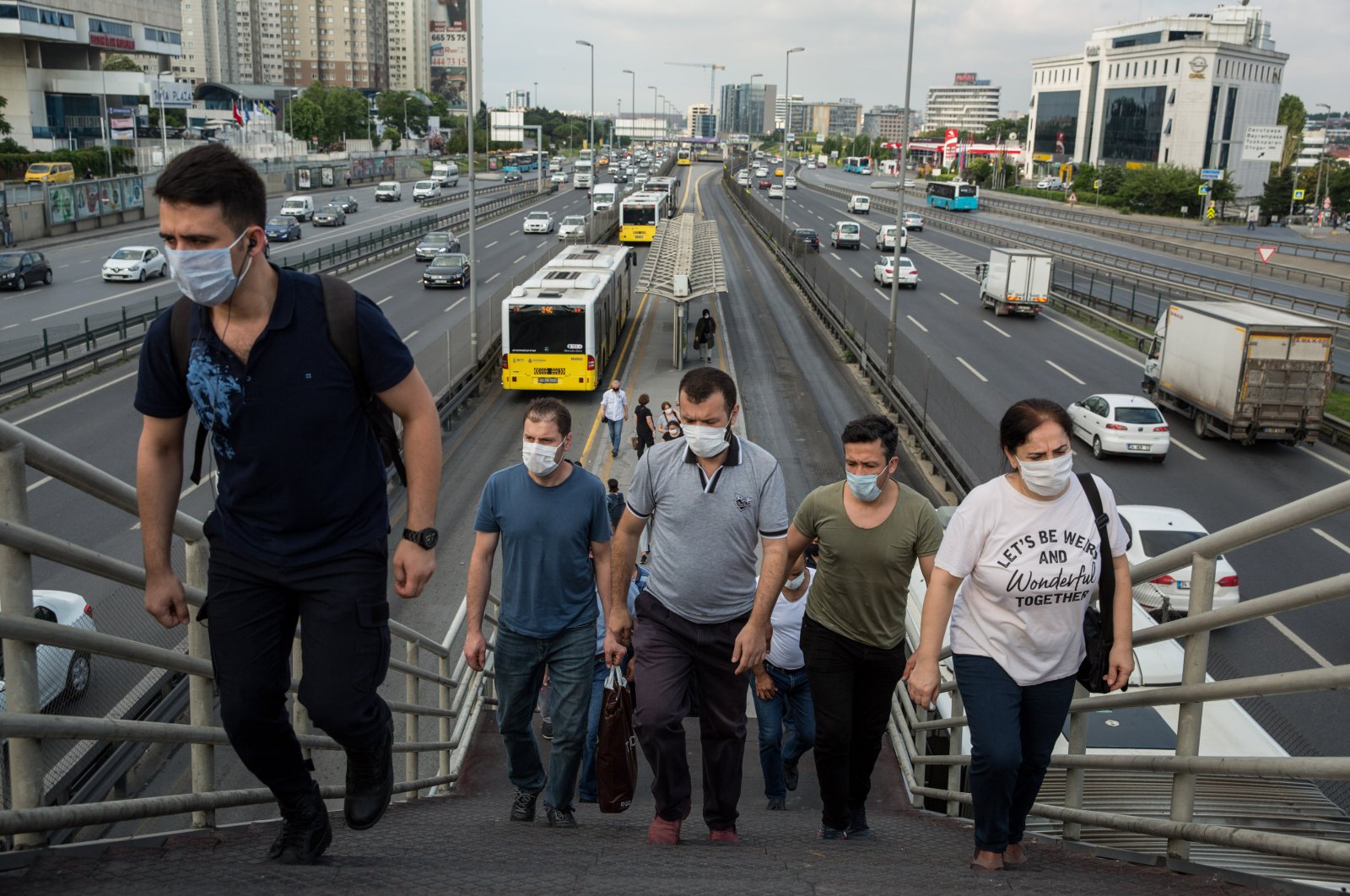 A group of researchers in Istanbul investigated the genetic mapping of the coronavirus in the city and discovered four patients had a mutation of the virus with European origin. They warn that different mutations may affect the sensitivity of polymerase chain reaction (PCR) tests and called for a revision of the tests to guard against false-negative results.

Seven scientists from Istanbul’s Medeniyet University and the Genetical Engineering Institute of the Marmara Research Center of the Scientific and Technological Research Council of Turkey (TÜBİTAK) completed a two-month study of patients in Istanbul.

The study, led by professor Sadrettin Pençe of Medeniyet University, will shed light on genetic mutations of the coronavirus and will help with the revision of diagnostic tests as well as the development of a drug or a vaccine against the deadly disease.

The genetic sequence of the virus taken from the four patients was sent to the gene bank of the U.S.-based National Center for Biotechnology Information (NCBI) where scientists from around the world exchange information on the coronavirus. This database allows for tracking different mutations of the virus.

“New PCR tests should be revised based on new findings on mutations. Otherwise, we will face more false-negative results and this will affect the fight against the pandemic. Coronavirus differs not only on a country and regional basis but even among cities. For instance, the virus has different mutations in Istanbul than in the central city of Kayseri. More studies will find more mutations,” Pençe told Demirören News Agency (DHA) on Monday. His team will now work with TÜBİTAK for a nationwide genome mapping of the coronavirus.

He said that the coronavirus already has thousands of mutations and functional analysis is needed on them. “We need regular scanning of the virus sequence with samples from patients living in different regions and rearrange PCR tests based on this data,” he said, pointing out that they found a mutation in Gene N in their study and diagnosis kits working based on Gene N are likely to produce false results. “We see patients testing positive in preliminary diagnosis but their PCR tests produce a negative result. It is still a debated issue and causes vary, from improper swabs, improper transportation of swabs to inadequate isolation of RNA. Our study adds another cause for these different results,” Pençe said.

Researchers will now delve into the causes of different effects of the coronavirus on different people. “We want to find out why coronavirus creates symptoms in some people while others have no symptoms at all," Pençe said.

Turkey confirmed 1,412 more recoveries from COVID-19 over the past 24 hours, bringing the tally above 160,000, Health Minister Fahrettin Koca announced late Sunday. With the latest additions, the number of recoveries reached 160,240, he said on Twitter, citing Health Ministry data. "The number of recovered patients is 320 more than new cases today. We should widen the gap with measures,” Koca said.

The death toll in the country rose to 4,950 as 23 new fatalities were reported over the past day.

Health care workers conducted 40,496 tests to detect the disease over the past 24 hours, raising the total number of tests above 2.94 million. According to test results, the total number of COVID-19 cases nationwide reached 187,685, with 1,192 new infections. Sunday’s figures took the number of active cases in the country to 22,495.

Turkey, meanwhile, continues antibody testing on randomly selected individuals in a nationwide study to see whether the population has developed immunity against the coronavirus. Koca said earlier that initial tests showed little immunity among the population.

Professor Ilhami Çelik, a member of the Health Ministry’s Coronavirus Science Board, said immunity development comes at a cost. “The virus will lose its impact if between 50% to 70% of the population is infected, but this is a high cost for us. If the entire population is infected, it means losing 3 million to 5 million people to the virus,” Çelik told Ihlas News Agency (IHA) on Monday. “An effective vaccine is needed now, and coming up with a vaccine that will have more adverse effects than benefits will be meaningless,” he said.

Çelik said the virus was less effective in summer due to higher temperatures, but they see more patients without symptoms. “Certainly, the heat does not kill the virus in the human body. We need it to disappear after completing its incubation period in the body and for patients to recover. One benefit of the hot summer is that viruses cannot live long outside the human body. We’d have more cases if it first appeared in winter in Turkey. The human body is more resistant in the summer and less exposed to sudden changes in temperatures. For instance, people do not have pneumonia as much in the summer,” he said.