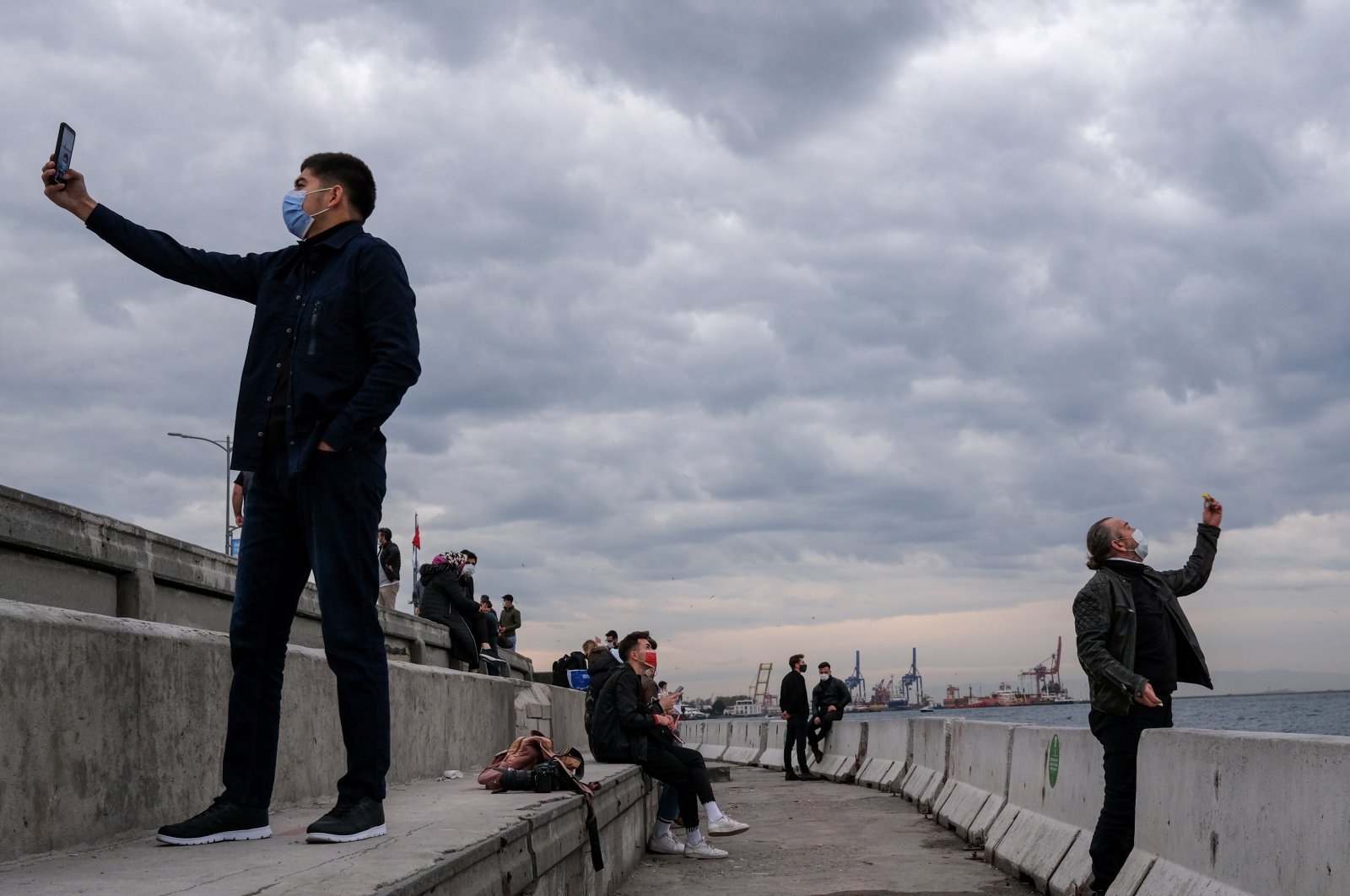 People wearing face masks as they enjoy their time next to the Bosporus, amid the ongoing coronavirus pandemic in Istanbul, Turkey, Dec. 10, 2020. (EPA Photo)
by Anadolu Agency Dec 10, 2020 7:53 pm

A total of 1,748,567 people in Turkey have tested COVID-19 positive through PCR tests since the pandemic hit the country in March, the Health Ministry announced late Thursday.

Meanwhile, the country ​​​​​​reported 30,424 more coronavirus infections, including 5,918 symptomatic patients, over the past 24 hours.

The total number of patients reached 564,435 with latest additions, the data showed.

The number of patients in critical condition now stands at 5,943, though the rate of increase in severe cases is declining.

"We have started to feel the effects of the measures taken," Turkish Health Minister Fahrettin Koca said on Twitter, referring to the decrease in the number of patients.

The COVID-19 pandemic has claimed over 1.57 million lives in 191 countries and regions since last December.

Nearly 69.1 million cases have been reported worldwide, with more than 44.53 million recoveries, according to figures compiled by the U.S.' Johns Hopkins University.