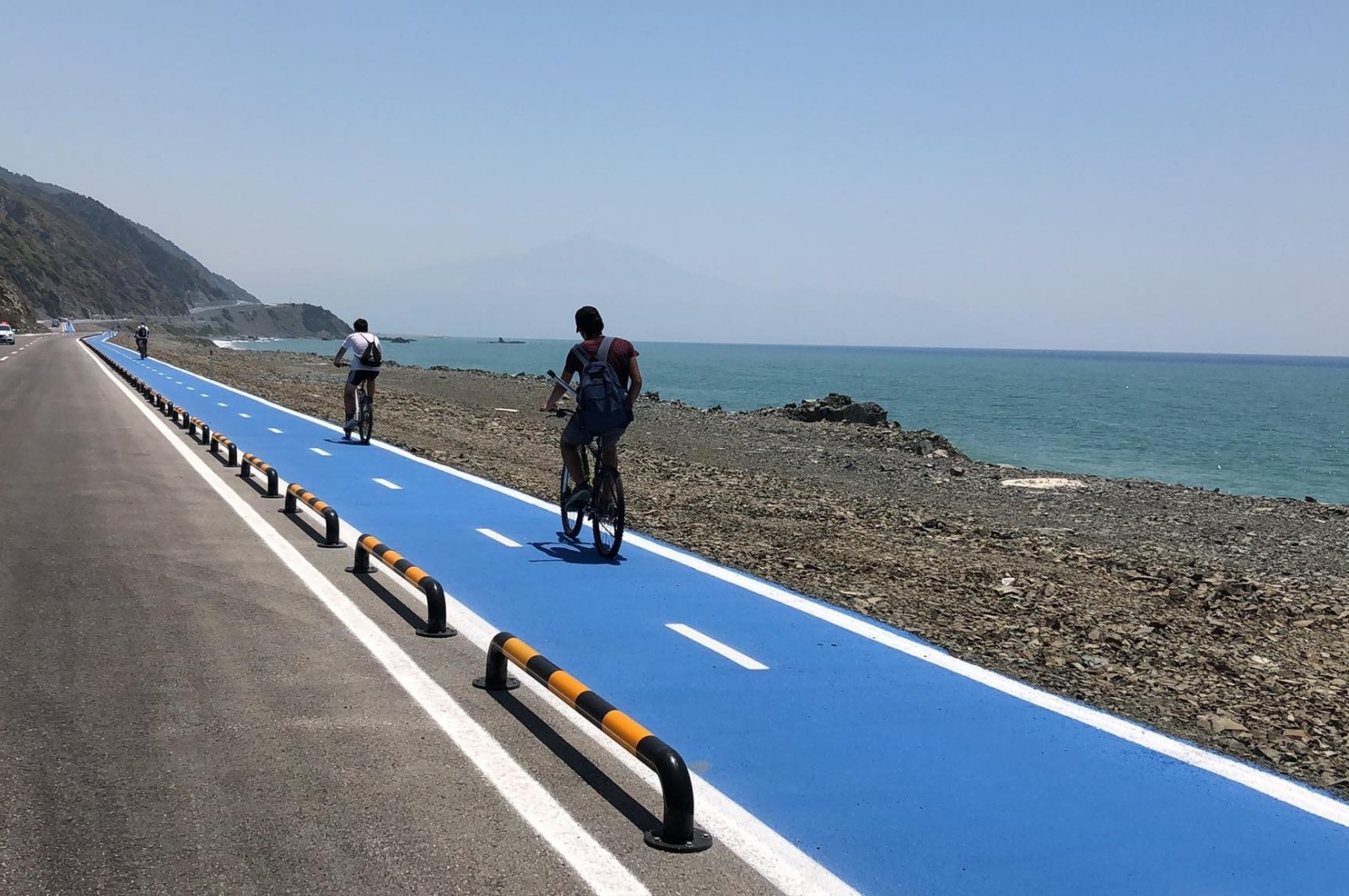 Stretching along the Eastern Mediterranean coast in Turkey, a new cycling lane inaugurated earlier this month gives bikers from across Turkey a chance to enjoy an uninterrupted, scenic ride. One of the longest routes in the region, the lane connects Samandağ and Arsuz, two districts of the southern Turkish province of Hatay, and runs beside a 25-kilometer (16-mile) stretch of road.

Tolga Özçelik, a cyclist riding on the lane, told Ihlas News Agency (IHA) on Monday that the lane is important for tourism as well as for use by locals. His only complaint is that some drivers cross into the lane in sections, missing warning signs against motor vehicle use.

The cycling lane, dubbed the “longest” in the world by local media, is part of Turkey's efforts to promote healthier lifestyles and decrease emissions from motor vehicles by encouraging cycling. The country plans to establish 4,775 kilometers of bicycle lanes by 2023, in line with the centenary of the Republic of Turkey. The government has so far partially funded the construction of a total of 1,150 kilometers of bicycle lanes for municipalities and launched a campaign to increase the length of lanes in 2018. Currently, 114 kilometers of bicycle lanes exist across the cities of Batman, Bitlis, Çanakkale, Istanbul, Konya, Kırşehir, Kütahya, Mersin, Muğla, Niğde, Ordu, Rize, Siirt, Trabzon, Tokat, Yozgat and Zonguldak.

The lanes will be integrated into Europe's EuroVelo, a network of 15 long-distance cycle routes connecting the continent.

Along with urban locations, bicycle lanes are being built in protected areas such as national parks. For instance, lanes will be built between the western city of Izmir and the Mediterranean city of Antalya, a route passing through popular vacation resorts and historic sites from the ancient city of Patara to Datça and Bodrum in Muğla province. Lanes will also be built around Lake Tuz in central Turkey.

Under a new regulation that came into force in 2019, it is mandatory for bicycle lanes and parking spaces to be included in new zoning plans.

Bicycle lanes are also being integrated into other means of transportation, such as mass transit, and connecting residential areas, sports facilities and busy public spaces. In places without zoning plans, like rural areas, simpler paths will be built for cyclists. The regulation also defines “cycling highways, bridges and tunnels,” a landmark change for a country in which cyclists often have to ride on the side of highways due to a lack of bicycle lanes, risking their lives.