New hospital serves as Istanbul’s hub in fight against coronavirus 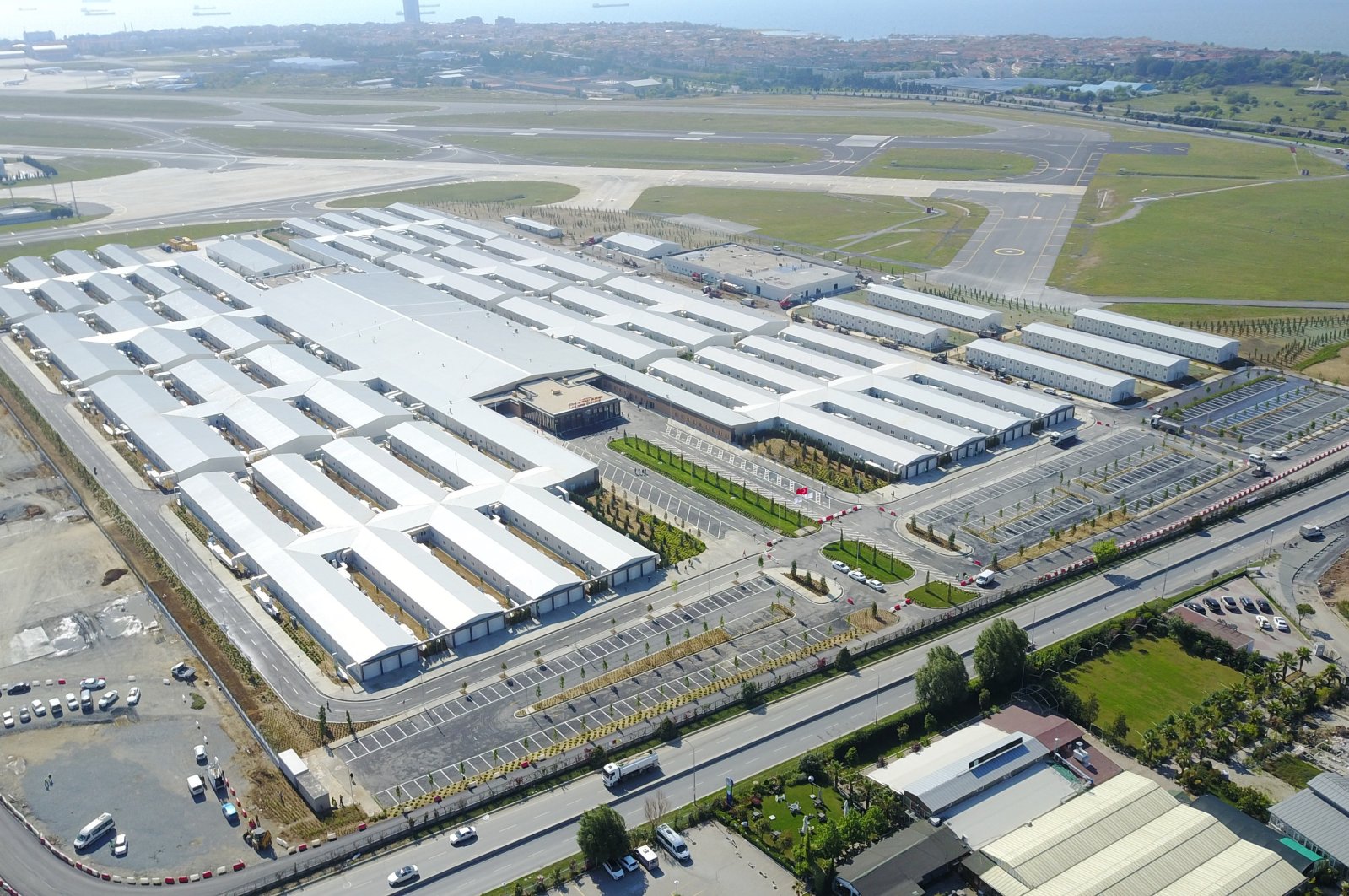 Built inside Istanbul’s former aviation hub, a newly built pandemic hospital eases the burden of other hospitals which long faced a barrage of COVID-19 patients

Like its namesake, Professor Murat Dilmener Emergency Hospital, has quickly won a reputation as a leading name in Turkish health care.

The hospital, built in an unused site at Atatürk Airport, Istanbul's former aviation hub, relieves the COVID-19 pandemic’s burden of patients from the other hospitals in the city.

With its 1,008 beds, the hospital was constructed immediately after the pandemic made its foray into Turkey in March. It is one of two hospitals built on Istanbul’s Asian and European sides in less than two months in response to the lingering outbreak. Istanbul, the most populated city in the country, has long had the highest number of cases.

It stands out among its peers with its architecture and the advanced medical technologies it uses. Built on a space of 125,000 square meters, the hospital has 16 operating rooms and 432 intensive care unit beds.

The hospital takes its name from Murat Dilmener, a health care doyen who died on May 3 at the age of 79, after losing his battle against the coronavirus. A member of the prestigious Istanbul University Faculty of Medicine, Dilmener is known for his charity work, namely offering free treatment to poor patients. The new hospital also has a memorial corner for Dilmener where his personal possessions and photos are exhibited.

Professor Gökhan Tolga Adaş, the chief physician at the Sadi Konuk Training and Research Hospital who also runs the new pandemic hospital, says it filled an important gap in the fight against the pandemic.

Adaş told Anadolu Agency (AA) on Thursday that there was a need to bring as many COVID-19 patients as possible in one center to prevent the outbreak from spreading to other patients in hospitals. He says they have been gradually transferring patients from other hospitals.

“We started first with our own hospital and then brought COVID-19 patients from hospitals in İstinye, Kağıthane, Eyüp and Bayrampaşa (districts). Currently, they do not have any COVID-19 patients. It is a slow process but we need to act cautiously,” Adaş said. Currently, we have 100 patients but this number changes daily.

The hospital will continue serving patients after the pandemic ends. Adaş says they have up-to-date radiology equipment and modern units that will allow for heart surgery and other complicated surgeries. He points out that they also use locally-made medical devices, including X-ray devices and ventilators.

"We are on a good level in the fight against pandemic now. Everything is under control and the number of cases is dropping. We see fewer patients in intensive care and fewer fatalities. We have started planning to separate sections of the hospital for other patients. We also have a helipad and a landing strip for air ambulances and a guesthouse for 342 people. These can help to boost health tourism,” he says. Turkey recently started accepting health tourism patients from countries around the world. Patients and their companions will be able to enter the country by both land and air routes.

As the pandemic worsens around the world, Turkey has mobilized every hospital in the country to cope with the mounting number of cases. City hospitals, with their large capacities, have been at the forefront of efforts to respond to the growing number of patients.

In March, authorities unveiled a new hospital in the city’s Okmeydanı district with more than 600 beds and 99 high-tech intensive care units. It opened the doors earlier than scheduled to help with anti-pandemic efforts.

In May, Başakşehir Pine and Sakura City Hospital, built jointly with Japan, was opened on the city’s European side. Also in May, a restored Ottoman-era hospital was reopened to serve as a pandemic hospital.