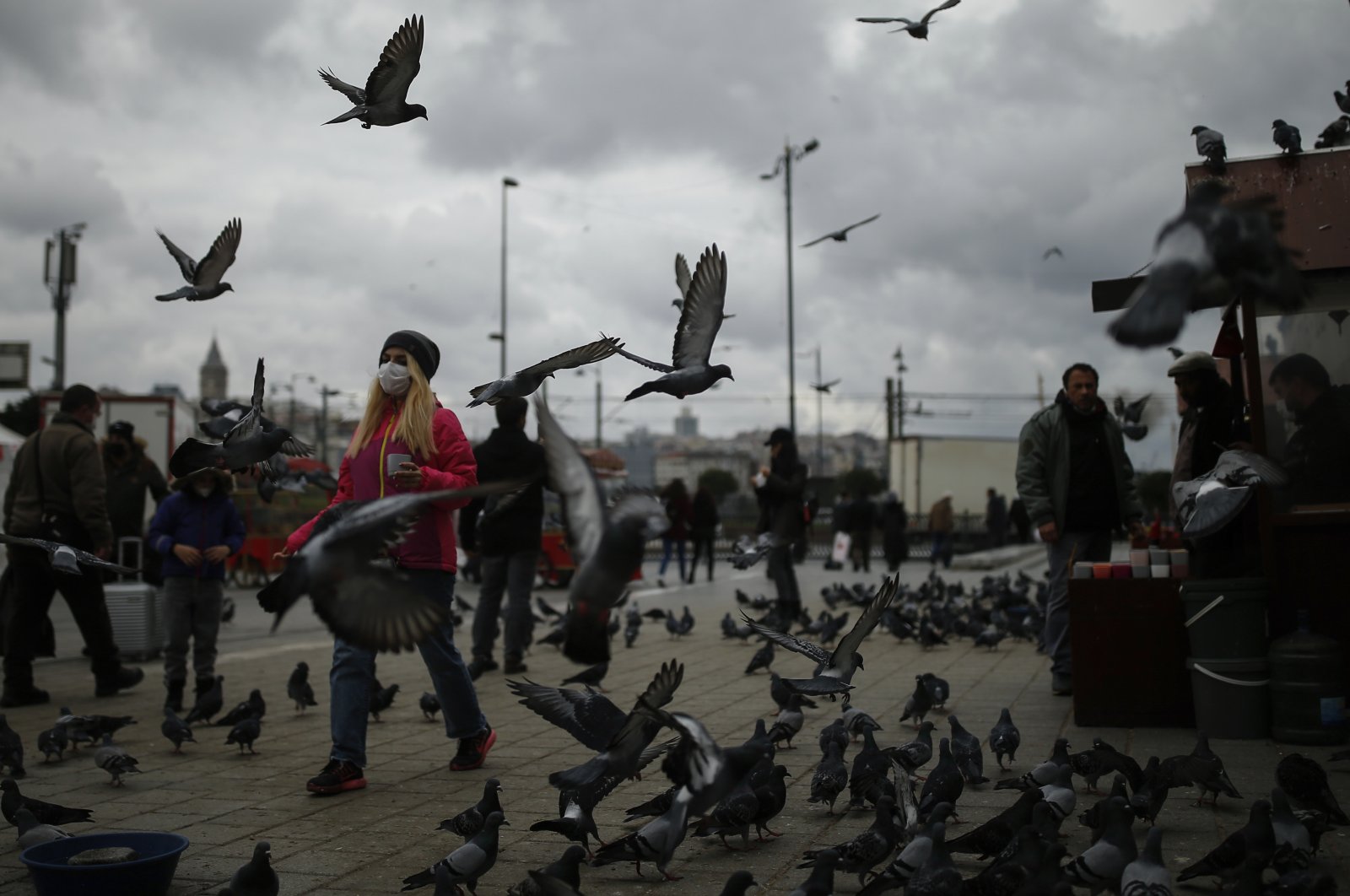 People, most wearing masks to guard against the spread of the coronavirus, walk through Eminönü Market by the Golden Horn in Istanbul, Nov. 10, 2020. (AP Photo)
by DAILY SABAH WITH AA
Nov 10, 2020 9:26 pm

Residents who are 65 and older in Ankara and Istanbul have been restricted from leaving their homes except for certain hours as part of measures to stem the spread of the coronavirus, local officials said Tuesday, while the COVID-19 death toll in Turkey is now over 11,000, according to figures released by the Health Ministry on Tuesday.

The governorates in capital Ankara and Istanbul have decided to impose a partial lockdown for people over 65 as part of new measures against the increasing number of infections.

People over 65 in Istanbul and Ankara will be allowed to go outside only between the hours of 10 a.m. to 4 p.m.

An exception has been made for public servants and those in certain professions, including doctors, health care workers, pharmacists, elected public officials, social workers and others.

Business owners, traders, industrialists, farmers, those who are self-employed and the heads of professional associations have been also exempted from restrictions.

A total of 87 more virus-related fatalities were reported in the country over the past 24 hours, raising the overall count to 11,059.

Turkey also registered 2,529 new coronavirus patients, pushing the total up to 399,360, according to official data.

"The number of patients in critical condition has crossed 3,000," Health Minister Fahrettin Koca said on Twitter.

He stressed that it is imperative to curb new infections and the number of patients in critical condition.

"We can only achieve this by fighting (the pandemic) together and by following precautions. Wear a mask," Koca said.

The ministry data showed that 4.2% of patients this week suffered from pneumonia, while the weekly hospital bed occupancy rate stood at 53.5%.

Across the world, COVID-19 has claimed more than 1.26 million lives in 190 countries and regions since last December.

The United States, India, and Brazil are currently the worst-hit countries.

Over 50.91 million cases have been reported worldwide, with recoveries exceeding 33.28 million, according to figures compiled by the U.S.' Johns Hopkins University.