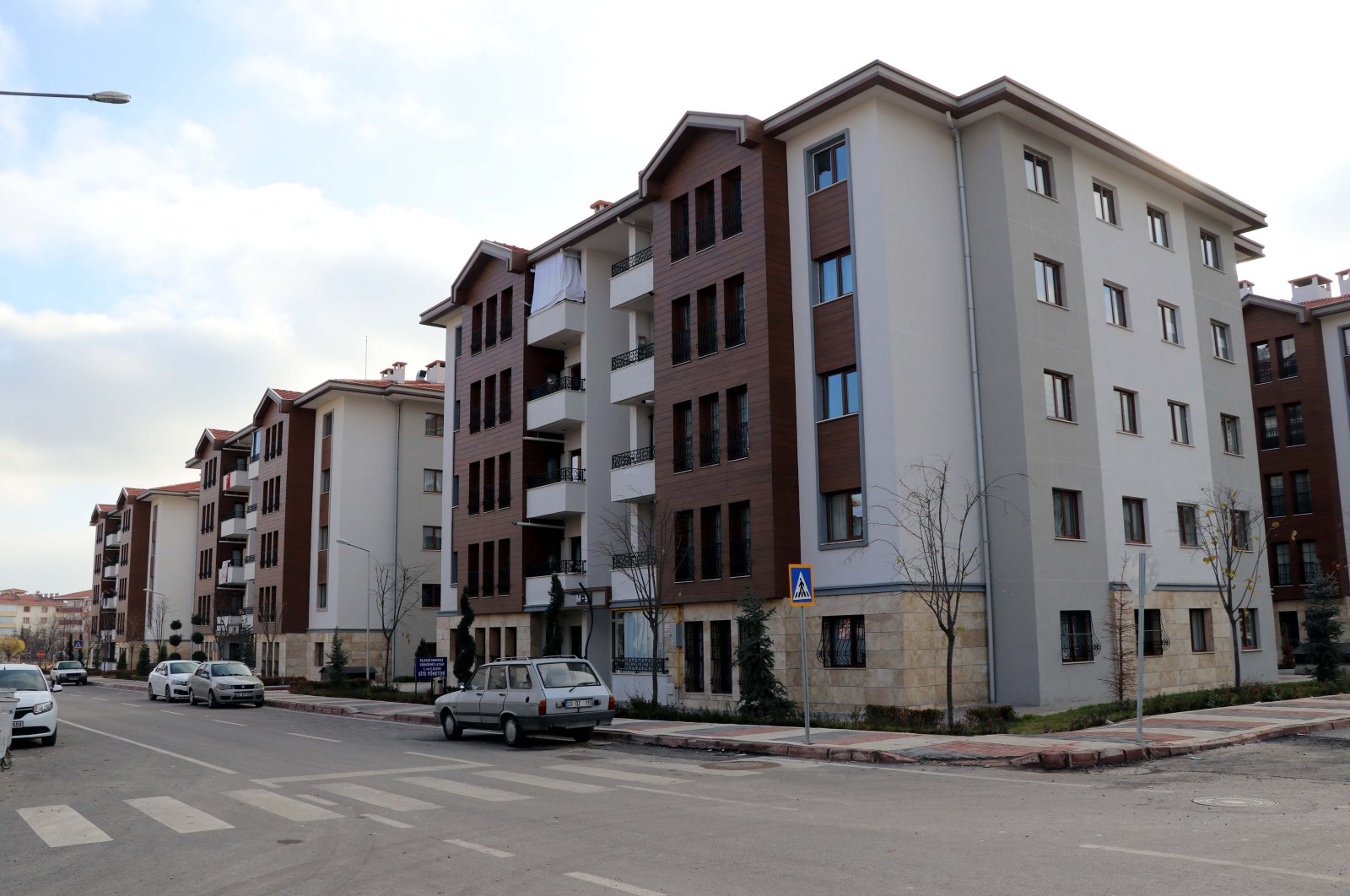 As the anniversary of the devastating earthquake in the eastern province of Elazığ approaches, people of the area breathe a sigh of relief as life returns to normal. The Ministry of Environment and Urban Development recently built 179 brand-new apartments to provide homes for those who were displaced during the 6.8 magnitude earthquake on Jan. 24, 2020.

Asım Canpolat, who moved into his new house which replaced his old one in the Sürsürü neighborhood says he is grateful to the state. Canpolat’s apartment is located in a cluster of nine apartment blocks which are the first to be completed among more than 18,000 residences for survivors.

Newly constructed houses are near two clusters of residential buildings in the neighborhood where 14 people died in the earthquake. Forty-one people were killed and 1,607 others were injured in the disaster which also hit the Malatya province.

The 64-year-old Canpolat, a father of four, told Anadolu Agency (AA) on Tuesday that they went through a catastrophe, but the state’s support healed their wounds. “We had many problems, but the state was always with us. They built new houses. We are happy to have the warmth of a home,” he says. Canpolat and his family escaped uninjured from the earthquake which destroyed their former home, but he lost some neighbors in the disaster.

“We now have sturdier houses, resistant to earthquake. I watched how they constructed them, and they really look strong. We are not scared of earthquakes anymore. May Allah not give us another disaster,” he said.

Özlem Oğraş saw the house she lived in for 16 years demolished by the tremors. She and her family were not at home at the time of the disaster. “When I came home, I saw the building was heavily damaged and another apartment building next to ours was completely destroyed. Our neighbors died. I still cry whenever I remember that day. But one thing is for sure and that is that the state never left us alone (in rebuilding our lives),” she says. Until the new houses were ready, the survivors were given financial support for rent, food and moving expenses. “We have our own home again,” she says.

Elazığ, like much of the rest of Turkey, is prone to earthquakes though the one in January was the deadliest in recent memory for the province. The province was shaken by a 5.3 magnitude earthquake on Sunday though there were no casualties or significant damage during the earthquake which was also felt in neighboring provinces.

January’s disaster left thousands displaced in Elazığ, as 58 buildings collapsed and 428 buildings were left with critical structural damage following the earthquake. The earthquake also destroyed 315 buildings and heavily damaged 2,424 others in the neighboring Malatya province.